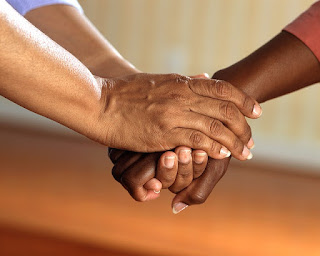 “Got yourself a job offer, Cassie,” Ronnie said happily. “Just like you wanted.”

“But…but I don’t know anything,” Cassandra said. “Not much anyway.”

“I didn’t know much either when my grandmother asked me to help her out in the shop, but I eventually learned everything she knew and I took it upon myself to learn what she didn’t know. I ended up teaching her a few things. So, what I’m asking is for you to do as I did. You would be my apprentice and your job will be to learn as much as you can so you can be of real help to me and to my clients. I want you to actually learn on your own as well as from me. That way we grow together in knowledge and experience,” the woman said. “Only if you are interested, of course.”

“Oh, believe me, she’s interested!” Ronnie said. “Simon is gonna flip when we tell him!”

“He’s my brother. You know him. He came here the other day to get the ingredients for Uncle Mac’s never-fail-cure-for-all tonic,” Ronnie said. “He made the magic potion for Cassie cuz she was so sick and now she’s all better.”

Chapter 372 Too Good To be True 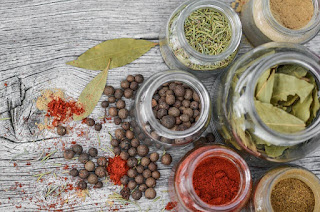 Ronnie had been relegated to the service of a pack mule. That is to say, he was doing not much more than carrying numerous shopping bags for Cassandra and following her around Little Italy while she shopped. We can call it shopping what she was doing, but it was more like a re-discovery of sorts.

“Ronnie, I just don’t get it,” Cassandra said, looking back at the last shop they had just exited.

“What don’t you get?” he asked, as he popped another Bella di Cerignola olive into his mouth. “Did you forget something? You couldn’t possibly!”

“No, not that. You know, I’ve never been here before today,” she said, frowning slightly. “At least I don’t think so, but…it’s so weird. This feels like home, like this is where I belong…in Little Italy.”

Ronnie grinned. “Not too weird,” he said. “You were talking to that old guy in the store as if you’d known him all your life.”

“He was so nice and he said I looked very familiar,” she said. “I wish I could live here, or at least work at one of these shops, but they all seem to be family run establishments.”

“Never know until you ask,” he said.
Read more »
Posted by Glorygarden@msn.com at Monday, March 18, 2019 No comments:

Email ThisBlogThis!Share to TwitterShare to FacebookShare to Pinterest
Labels: Too Good To be True
Newer Posts Older Posts Home
Subscribe to: Posts (Atom)