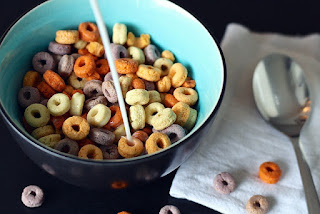 Sophie was wide awake even though it was very late. She was simply too excited to sleep. She placed the last of her Catalpa Valley/Miami wardrobe into the huge walk-in closet and noted there would be plenty of room for her NYC clothes, whenever she managed to get some. She had been making herself at home in her new bedroom in Victor's apartment and loving it!

For a guest bedroom it was huge, much bigger than her own room back home and the view from those floor-to-ceiling windows was amazing. She had unpacked everything she held of value, from her clothes, shoes and laptop to her tattered teddy bear, favorite books and sundry girly things. This bedroom would do quite nicely, she thought.
Looking out of the window in her new bedroom and watching all those dancing lights coming from an endless expanse of brick, mortar and steel just filled her with an excitement she could not contain. She would never sleep tonight.
She knew this, but as always happened, when her mind wouldn't rest. neither would her stomach. The grumbling from her belly could not be ignored.

So she went down the hall to the kitchen and had a banana. When that did nothing except possibly make her more hungry, she searched the cupboards for something just right. Not sweet like cookies, not salty like chips. Ah-ha! She grabbed a box of cereal and poured some in a bowl. She added milk and was all set. She could watch TV in her room until she got bored enough to fall asleep.
It was when she headed back down to her room with her snack that she heard grunting coming from next door to her room, from Ronnie's room.

"What the heck is he doing at this time of night?" she muttered, leaving the spoon in her mouth as she turned the knob and let herself into his room. "Whatcha doing?" she said.

He glared at her from the floor where he obviously had been doing push-ups. "Really? You can't guess?" he said. "And how about knocking? We've talked about this."

"Kinda late for that," she said, walking in completely unperturbed by his less than friendly answer. "I guess it would be too late for anything back in Catalpa Valley, but we're in the city that never sleeps."

"And your point is?" he replied doing another few push-ups.

Sophie shrugged. "No point. Can't sleep, huh?" she said, sitting down on the toy chest at the foot of his bed.
Ronnie stopped, sat down on the floor and stared at her. "We really have to discuss these living arrangements."

"Oh?" she said, munching on her cheerios. "Like what?"

"We need rules," he said. "Like you busting in on me whenever the hell you want. That's gotta stop. You have to learn to knock first and only come in if invited."

She tried not to grin. "But then how can I catch you naked? Half naked I should say." She had been hungrily eying his bare chest since she popped into  his room...uninvited.

"That's the whole point!" he said, grabbing his t-shirt and pulling it on. "I might have been completely nude and that ain't right."

"Honestly, you really expect me to believe you're all of a sudden shy about your body?" she said.

"Got nothing to do with being shy," he said exasperated.
"For Pete's sake, Sophie! You're gonna be my sister real soon and…"

"Yeah, but just not yet, so until it happens we're just…friends, okay?" she said offering him her last spoonful of cereal. He shook his head in disgust, she shrugged and ate it herself, sipping the last bit of milk before patting her tummy in satisfaction. "Friends and roomies."

"I don't think this is gonna work so you better look real hard for a new apartment," he said, wiping the sweat off his forehead with a small towel before tossing it away from him.

"Your dad said I can stay as long as I like," Sophie said.
"Yeah, well, he doesn't know how annoying you are, does he?" Ronnie snapped.

The pained look on her face almost made him wish he hadn't said it…almost. He would rather they not get too chummy. It could only spell trouble to be otherwise.

"I'll ask Mr. Kramer in the morning. He said he owned several buildings," she said getting up from the chest heading for the door. "Funny, but you have no problem with Cassie as a roommate. Why is that?"

Ronnie was silent for a moment. "Cassie needs me right now. She needs a place to hide out until…until Uncle Tommy finds what she's looking for."

"And what if your Uncle Tommy can't help her?" she said, lowering her voice just in case Cassie was listening.

His jaw clenched. That was the reason he couldn't sleep, worrying about that very thing happening and how crushed Cassie would be. She didn't need any more heartache. "He will. He never fails my dad," he said, determined to sound confident even if he didn't feel it.

"Is he back in town yet?" Sophie asked.

Ronnie shook his head. "He said he'd be back in time for New Years. He and his daughter always go down to Times Square for the ball drop. It's insane but they love it."

"Have you ever gone there for the New Year's party?" she asked, turning away from the door and sitting back down on the toy chest.

"Couple times," he said, shaking his head at the memory. "Never do that again. Fights breaking out everywhere, women getting groped, people trying to steal whatever they could get their hands on and more drunks than Boston ever had on St. Patrick's day. Well, that might be an exaggeration."

"I was thinking of going with Cassie," Sophie said. "But you don't make it sound very safe."

"It's not, especially if you're country bumpkins!" he said. "Please don't go, okay? Your mom will kill me if anything happens to you, and I don't even wanna think what Cassie's dad would do to me!"

She laughed. "Oh, well, maybe we can find a tamer place to celebrate the new year. I think Cassie could use the distraction," she said.

Ronnie stared at her for a minute, then nodded. "I know a decent place…they always have a great band playing especially on New Years…gets a bit rowdy but nothing we couldn't handle. Would that be okay?"

Ronnie stared at her for a moment. "So, um…any plans for tomorrow?"

She shrugged. "I'd like to get some work appropriate clothes. I just don't know what that is."

He laughed then stood up and looked through the Sunday Times which he had piled on his desk. He pulled out several colorful advertisement pages from the center and handed them to her. "Any of those dresses would work. Skirts and slacks with blouses, too, and heels. Ya gotta have heels, you know, like the ones you wore on your rape-date with Antoine."

"It was NOT a date!" she said, then she looked at the pictures of the clothes. "Are you sure this would be okay for an intern job? I mean, I still don't know what I'm gonna be doing."

"I'm sure. It's the kinda stuff my mom wears and she's a top exec at a major hospital," he said.

"It's in Meridale actually," he said. "But anyway my mom used to work at Presbyterian, too. That's a pretty major hospital in the city and she was always dressed top-notch. She never changed the way she dressed just 'cause she moved to a small town. She's a New York City, fashionable lady, through and through."

"I'm a little younger than your mom, you know," she said. "I don't wanna look like a fifty year old exec."

"You should be so lucky," he said. "You dress like this and you'll instantly get respect, even if you don't deserve it, which I might as well tell ya now, you don't."

She opened her mouth, but shut it again when she couldn't think of a fitting retort. "Okay…we'll see," she said folding the papers. "So, what are you doing tomorrow?"

"I have to meet with my supervisor at work in the morning,  some sort of orientation. She said it wouldn't take too long," he said. "So, maybe in the afternoon, if Cassie is up to it, I'll take her around the neighborhood so she can feel more comfortable here since it sounds like she wants to stay for a long time."

"That's nice of you," she said, trying not to feel jealous. "You're being unusually nice to her."

"I feel sorry for her," he said, sadly. "She's away from home for the first time and she's pretty much severed all contact with her family. I hate that. No matter how bad things are between me and my family I still wanna be part of them. You know what I mean?"

"She needs our support. That's my way of helping," he said, suddenly feeling embarrassed. "Um…you should go to bed."

"You too," she said standing up with her empty bowl. "You certainly don't need to do any more push-ups. You already put Thor to shame. You're very likely to out-shine everybody at work, too. Nighty-night, you hunk!"

He grimaced when she blew a kiss to him before disappearing behind his door. "She's gonna kill me," he muttered as he started on a couple hundred sit-ups. Anything to get the image of that sexy little pain-in-the-ass out of his head.

Posted by Glorygarden@msn.com at Monday, February 11, 2019