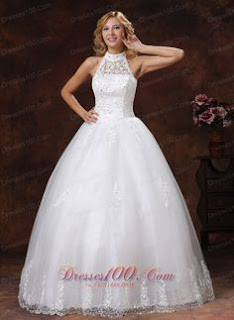 After a very long day, albeit a joy filled one, Violet at long last got the kids bathed and tucked into bed and having read to them a few pages of a very short book all three were now sound asleep. She sighed with relief and smiled when Victor took her hand and lead her downstairs and to the living room. It would be the first time they were alone since very early in the day and they were certainly looking forward to being together with no one else around.

Violet kicked off her shoes, tucked her feet under her and sat back on the comfy couch. Victor sat a little away from her and stared at her. She sighed again.

"Are we about to fight again?" she asked staring at the bright lights of the Christmas tree, the only thing illuminating the room.

"We surely will if you keep asking that," he replied with a chuckle.

"I'm sorry, Victor, but I just cannot, will not compromise my values just because it's perfectly acceptable to today's society at large," she said, tiredly. "I've never done so before so… I can't actually say that, can I? The one time I did I paid for it with my reputation which took a long time to repair. Well, I won't do that again."

Victor remained quiet for a few minutes staring at the angel at the top of the tree.

"Are you not going to say anything?" she asked after what she thought was a very long time.

"I'm formulating a response," he said, in true lawyer fashion.

"Oh, dear…Am I to be bombarded with something akin to a cross examination?" she asked, slightly wary.

He grinned. "First we should discuss and set the date."

"Okay… when would you want to get married?" she asked. When he gave her an incredulous look she added, "Tomorrow, right?"

"Tonight, if you'd let me borrow Morris' private jet to get us to Vegas," he said.

"Why is it everybody picks Vegas for a quickie wedding?" she said genuinely wondering.

"No questions asked, no doubt," he replied. "Anyway, I know neither of us wants a cheesy Vegas wedding. Your first wedding was in June if I recall correctly and mine was in October. Can I assume both of those months are a no go?"

She nodded. "I was thinking…April?"

"A year?" she shrieked. "Why in the world would anyone need that long to prepare for a wedding?"

"Catherine took eighteen months," he said. He laughed when Violet's mouth fell open. "She wanted bangs and whistles and everything in between. That takes time."

"Golly," she mumbled. "All I need is a nice dress, a few flowers and my groom."

"It's springtime, Victor," she said. "Everything starts turning green, snow melting away, sun shining bright, flowers blooming, birds singing. It's the perfect time to begin a life together and the photos will be beautiful."

"Indeed, but if it's just flowers and greenery for photos that you especially want, have you forgotten you have at your disposal a perpetually in springtime mode place perfect for our wedding?"

He laughed. "No, funny girl. The conservatory at Weston Botanical. It's nearly four acres under glass. The grand ball room is let out regularly for wedding receptions and other gatherings. Remember the Gala?"

"Oh, yes, that was wonderful!" she said happily.

"Then there's the orchid room which would be awesome for photos as would the main section under the vaulted glass ceiling with the water fall and stream running through. The conservatory would be perfect for the ceremony itself if you like, but I'm sure you want that at your church."

"Victor, I can't just take over the entire conservatory for our wedding day," she said.

"Pretty sure you can," he said. "Besides it's only for a few hours. You underestimate how willing Walter would be to bend over backwards to please you especially for your wedding day. He adores you, Violet, for all you've done for his garden and that would be his gift to you."

Violet stared at the Christmas tree pondering this. "Do you really think he would?"

"Positive, but all we have to do is ask," Victor said. "So, how long do you need to get the dress and everything else? I could take you to New York this weekend to look at dresses."

"New York? Whatever for?" she said. "There are plenty of bridal shops much closer than that…right in Meridale."

"Vera Wang? Who is that?" she said, confused. "I've kinda heard about her...don't know where."

He laughed and shook his head. "Nothing could be further."

"I suppose Catherine got one of those Vera dresses?" she asked.

"And the cost?" she asked, cautiously. "I don't think I wanna know."

Victor cleared his throat. "Somewhere in the vicinity of ten k," he said.

Violet's eyes nearly popped out of her head. "Are you kidding me? You paid ten thousand dollars just for a dress she wore one day of her life?"

"No, not me. Her daddy did," he said. "He paid for the whole thing, the entire wedding…about fifty K in total, if I'm not mistaken. I had no say in any of it."

Violet gaped at him speechless for several minutes. "Well, I don't need nor want a Vera Wang… even if I had a hundred thousand to waste."

"You don't have to worry about money, Violet," Victor said, taking her hand. "For one, I didn't spend anything for my first one so I got it to spend now and for another, I have four sons so I won't have to shell out any big bucks for their weddings when and if they ever marry…"

"And Georgiana?" she asked.

"I have plenty for a Vera Wang for her if she wants one and one for you, too," he said.

She rolled her eyes. "So they can poop all over us? No, thanks!"

He burst out laughing.

"Now if you'd said Himalayan blue poppies…that's a different story. Those are beautiful!" she said, snuggling up to him. "I know you and the kids don't want to wait but there's no way around it. We can do it quickly, maybe a month or two if you're right about using the conservatory. You made Karen and Wally's wedding really nice with very little time. Remember?"

"I do. Okay, how about this," he said, pulling her close. "We go down to town hall, get married legally so you can move in with us right away and then we can take our time planning the real wedding."

She stiffened and pulled away. "Okay, fine," she said unenthusiastically.

"What do you mean, fine?" he said frowning. "Don't you see, Violet? It would give you all the time you want to plan everything perfectly for the wedding, move in here, settle in and the kids and I would have you here right away."

"If we're legally married and I'm already living here with you and the kids, why should we bother with a fancy wedding?" she said.

"Because we want one."

"No, we don't. Not anymore. It's stupid. Let's just do it and forget the fanfare," she said, her eyes back on the Christmas tree, trying not to cry.

Victor saw it, utter disappointment, and he was sorry he even said such a ridiculous thing, when he knew how much she wanted a real wedding, especially since she was robbed of it the first time around. "No," he said.

Violet looked at him. "What do you mean, no?"

"We're having a grand wedding or none at all," he said, firmly.

"That's what I said, we won't have any. It's just too much trouble," she said standing up and stretching. "I should go home and pack if we're going to do this tomorrow. We don't have to go to Vegas, right?"

"We're not getting married tomorrow or in Vegas."

Victor stood up and led her to the door. "Because I see it now and you are right. I waited this long, so what's a few more months, right? We have to do things right if we want things to go right from the start. I'll call Walter and see what he can do for us then we can set a real date. You get your bridesmaids together and go to Meridale for your anti-Vera Wang dress. Make your plans, Violet, and let me know what I can do to help."

He helped her on with her coat, plopped her hat onto her head, wrapped the scarf around her neck then opened the door and shoved her outside. "Good night, Sweetie. See you tomorrow."

He closed the door on her, but he wasn't two steps away from it before he heard her knocking. "Did you forget something?" he asked.

"Can't leave the kids alone!" she shrieked closing the door behind her while pulling her cell phone out of her pocketbook. "I'll get Kenny to come get me… assuming he's not already in bed."

"It's very late, Violet," Victor said, an idea popping into his head. "I'm sure he's sound asleep and cuddled up to his pretty wife. "I have another idea, if you are willing to listen to it."

She eyed him warily. "I am NOT sleeping with you yet!"

"Don't have to," he said. "There are two empty bedrooms at present."

"Simon decided to stay at his mother's tonight," he replied. "So, you can have your pick, Ronnie's room or Simon's to sleep in tonight."

Violet pondered this a moment. "But I don't have anything here, no night gown, no extra clothes, not even a tooth brush," she said.

"All of which I can get for you," he said steering her up the stairs. "One of my t-shirts will do well for a nightgown. It would go down to your knees. I always have extra tooth brushes around and as for extra clothes…can't you wear what you have on now tomorrow until you can get back home? I can bring you over first thing in the morning."

"Now, there's also this, since Ronnie's bedroom will be empty for the foreseeable future, you can have it for yourself anytime you like. For instance you can have it and stay here until we are officially married and…"

The look on her face made him back track immediately. "Okay, okay! Can't blame a guy for trying."

Email ThisBlogThis!Share to TwitterShare to FacebookShare to Pinterest
Labels: Can't Blame a Guy for Trying