Chapter 366 God helps those who help themselves 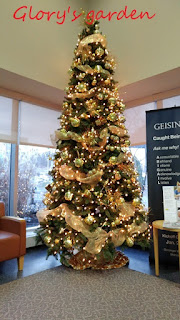 Ronnie held his breath as he watched Sophie head straight to her mother and his dad. Then he muttered under his breath, "God helps those who help themselves, right? And that would be me doing something, anything to stop Sophie from ruining today."

He practically ran to his father and sprung between Sophie and the happy couple.

"Ronnie!" Victor said laughing at the customary bear hug he was getting from his second son. "Didn't know you'd come back so soon."

"Wasn't planning on it til I heard the great news," Ronnie replied, literally stepping in front of Sophie and swooping Violet off her feet. "Hello, Mommy! Julian said I can call you Mom now."

Violet laughed as she was spun around. "You've been calling me that since the first day we met, remember?"

"Oh, yeah...could be cuz I knew this day would come," he said, putting her gently on the floor before kissing her cheek. "I'm so happy for you guys!"

"What the hell, Ronnie! I was here first!" Sophie grumbled, but no one even saw her yet.

Read more »
Posted by Glorygarden@msn.com at Monday, October 22, 2018 No comments:

Email ThisBlogThis!Share to TwitterShare to FacebookShare to Pinterest
Labels: God helps those who help themselves

Chapter 365 It all works out in the end 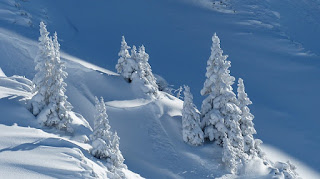 "What are you doing? This is your house," Sophie said. "Isn't the party at Mr. Kramer's?"

"Yeah, but I gotta get dressed," Ronnie replied, pulling into his father's driveway and shutting off the car.

"It's an engagement party, Sophie," Ronnie said. "And I wanna look nice for them."

She rolled her eyes. "Like it's a big deal," she scoffed. "They've both been married before."

Ronnie's mouth fell open as he stared at her. "You are fricken unbelievable," he said angrily. "It may not mean shit to you, but it sure does to me and everybody else. My dad's been alone ever since my mom left him and that's way too long. He's been in love with your mom for over ten years now and he finally…oh, forget it."

"Wait…what?" she said, jumping out of the car, chasing him up the walkway.

"Nothing, I'm getting dressed," he said, hurriedly shoving the key in the front door and going inside, Sophie at his heels.
Read more »
Posted by Glorygarden@msn.com at Sunday, October 14, 2018 No comments:

Email ThisBlogThis!Share to TwitterShare to FacebookShare to Pinterest
Labels: It all works out in the end
Newer Posts Older Posts Home
Subscribe to: Posts (Atom)