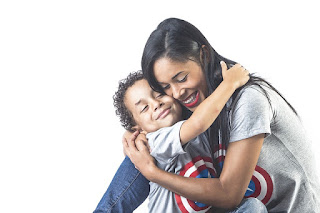 Victor stopped the car just one house shy of his driveway.

Violet sighed. "Are we gonna fight again?" she said, making a face.

"Only one?" Violet said, astonished.

He smiled. "Okay, maybe two," he said. "You said that when Richard came to you it was always in a dream."

"Yet you said my mother was there when you showered and dress, then she was the one that fixed your hair and makeup for you," he said.

"Didn't finish," he replied. "So… you woke up already dressed with your hair done?"

"Oh!" Violet said. "I see what you mean. No, she woke me up and everything and then when I was ready to go downstairs she just kinda disappeared. Yeah, that is weird!"

"No more weird than talking to dead people, I'd say," Victor muttered.


"That's not the weird part, Victor. People do it all the time and you ought to know."

"What do you mean?" he said, stunned. "When have I talked to dead people?"

"Hello, how about that first time I made you breakfast and you insisted they were the best pancakes you ever had, then you looked up at the ceiling and said and I quote, 'Sorry, Mama.' And you did that a lot. "

He gaped at her knowing full well she was absolutely right about that. "But I was just…"

"Kidding around, yes, I know, but apparently it still counts. Every time you even just think about them… It's…uh, supernatural and crazy if you think about it logically, but also spiritual and healing," she replied with a gentle smile. "It's what we gotta do to cope with the loss and it's okay."

Victor thought on that for a long moment, then frowned in confusion. "So, why was it so different with my mother than it was with Richard?" he asked. "How could you have seen her, talked to her and everything while you were seemingly awake? I mean…are you sure she did your hair and it wasn’t that you were…like sleep walking…sleep dressing? If there is such a thing."

Violet opened her mouth to speak, but she shut it again and shrugged. "You know, I just don't know, but it would make sense if that was it. You're right. It was very different…like she was actually there. I probably could have hugged her…wish I had. She's been such a help to me all this time and I just didn't know about it. I'm so grateful to her for that."

She turned to look at Victor just then and was stunned to see him looking so incredibly sad. "What is it?" she asked.

"Why didn't she ever come to me?" he asked, clearly heartbroken.

"Oh, Victor…I can only imagine she just didn't think you'd believe it or that you'd think you were going nuts," Violet said holding his hand firmly. "You are close to locking me up at the mental hospital right this minute for believing what I've told you. You know it, so don't deny it!"

"Still, she could have tried," he said.

"But she did! Didn't you just say you heard her, that she spoke to you?" Violet said. "I'm sure that was all she could do for you. She told me she had been with you for all this time, since she died because…because she thought you were in a bad place after Catherine left you and took your boys away. She was helping you and me get together. Heidi knew you better than you did. Heidi knew how you are about such things."

"And how is that?" he asked irritated.

"Oh, immovable, pig-headed and stubborn…her words not mine!" she said with a laugh.

"Okay, so…didn't you say Richard ascended up to heaven? And yet, I clearly heard him along with my mother. He was back and annoyed that I interrupted his welcome to heaven party. He actually said that!"

"Oh…about that," Violet said, biting her bottom lip. "Heidi told me that heaven had sort of a revolving door."

"Pardon?" he said, his eyes widening in alarm.

"Seems that if you are really needed back on earth because your loved ones are in trouble, or calling out for help or something, that you can come back…as needed," Violet said, although she didn't look as if she even believed that part of it.

Victor stared at her for a long moment then burst out laughing. "Holy crap…wait til I tell Simon and Ronnie about this. They'll have me committed!"

They both laughed for a long while.

"Any more questions? That was more than one by the way," Violet said.

"For now I'm good," he said and turned into his driveway.
*****
Georgiana was at the door when they pulled into the driveway. She went out onto the porch hopping on her slippered toes as they exited the car.

"Georgiana! Why are you outside without a coat on?" Violet chastised, albeit mildly, while climbing the porch steps.

"Is it true? Is it true?" Georgiana said, anxiously.

"Is what true?" Victor said wearing a grin and taking Violet by the hand.

"It is true!" Georgiana said bursting into happy tears. She threw herself at Violet nearly knocking her off balance and hugged her tightly around the middle.

"Oh, Honey," Violet said, holding her close and kissing the top of her head. "I take it someone spilled the beans, huh? We were hoping we would be the first ones to tell you."

"Valerie called me," Georgiana said wiping at her tear soaked face. "She said we're gonna be cousins. Is that true?"

"I suppose so…hadn't thought of that," Violet said.

"First, where is Peter?" Victor asked, closing the door behind them. "We have something very important to tell you."

"PETER!" Julian shouted at the top of his lungs.

"Thanks for that, Jules," Victor said, putting a finger in his ear to ease his ruptured eardrum.

Peter came down the stairs also still in his PJs and frowning. "Whatcha yelling for?" he grumbled.

He perked up a bit and came for his requisite hug and kiss which she promptly gave.

"Let's all sit down," Victor said steering everyone to the living room.

"In a while," Victor said firmly.

"Georgie, why are ya crying again?" Julian asked again. "We'll get to eat soon. Ya can't be that hungry."

"Shut up, will you?" she mumbled, wiping at her face with the sleeve of her my-little-pony night gown."

Victor looked disapprovingly at her. "Guess I have my boys to blame for that language. Sit!"

After everyone sat on the sofa, Peter on Victor's lap as usual and the other kids on either side of Violet, snuggled close together, Victor began. "Once upon a time…"

"Wait…are ya gonna tell us a bedtime story before breakfast and are we supposed to go back to bed?" Julian asked, obviously very confused.

"All right, all right!" Julian said. "Don't get your panties in a bunch!"

Victor hit his forehead with the heal of his hand and groaned while Violet tried and failed to stifle a giggle.

"I'm going to kill Ronnie and Simon," he muttered through clenched teeth.

"You say that alla time. Can we have breakfus now?" Peter asked.

"Not yet!" Victor said, giving Violet a look which clearly said, "Are you sure you know what you're getting into?"

She grinned and nodded.

"Do you kids remember the first time I came to the garden, when Violet was teaching you how to plant seeds for the kid's garden?" Victor asked.

"Sure it is. I grew three pumpkins all by myself!" he insisted.

"Anyway…" Victor said. "That day I met the best little kid ever… Peter and soon after that I met his older brother and sister and I fell in love with them all."

"Yes, but do you remember what you told me that first day you saw me? Remember what I promised you I would try my very best to do for you and your brother and sister?"

Peter looked up at Victor, his blue eyes wide, then turned to look at Violet and then back again. "You toll me to be patient," he said.

Victor smiled. "Well, you don't have to be patient anymore. Violet and I are getting married," he said.

"I'm going to be your new mommy," Violet said. "Does that sound good?"

Victor was rather certain nosy, Mr. Know-it-all Paul Dermer heard the celebration all the way down the road and was on the way to find out what was going on at that very moment.

Email ThisBlogThis!Share to TwitterShare to FacebookShare to Pinterest
Labels: Is it true