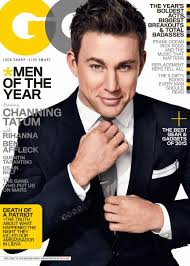 Simon took so long getting ready that by the time he went to the kitchen—looking like something straight off the cover of GQ-- he found everyone sitting at the breakfast bar already eating.

"Couldn't wait for me, huh?" he snidely asked, grabbing his bagel. He made a face when he found it was no longer warm.

"It was hot from the oven when I got it," Ronnie answered his unspoken question. "Pop it in the toaster oven if you want it warm."

"About time you came out of the bathroom, Simon. Thought you mighta drowned. Good thing there's more than one bathroom in this place," Sophie said, taking a bite and turning to Ronnie. "How did you manage growing up with this guy?"

"Simon likes to look good and that takes time and a lot of effort in his case. Man's gotta  primp…just like a girl," Ronnie said, smirking.

Cassandra, ignoring the other two, put down her slice of bagel and stared at Simon as he sat down beside her. "You look good enough to eat," she gushed, before she could stop herself. "Smell good too."

Simon smiled and kissed her forehead. "Then it was worth the trouble and a cold bagel," he said. Then he looked at Sophie still in the silky tap-pants and matching tank top she slept in and frowned. "Why are you not dressed? We have to leave soon if we're getting to the party in time and I don't want to get stuck in traffic and miss any of it."

Sophie carelessly licked the cream cheese off her finger before answering. "Not going," she said.

"Excuse me?" he said. "You are definitely going."

"No, I'm not. Ronnie wants to go and someone should stay with Cassie, so… I'm staying," Sophie said.

"Don't look at me," Ronnie said, holding up his hands in surrender. "Not my idea at all!"

"Oh, hell no," Simon said. "Ronnie is staying with Cassandra."

"I'm not a baby, you know!" Cassandra said, angrily. "I'm a grown woman. This is exactly why I left home, cuz nobody thought I could do anything on my own. I left to gain the freedom that I was always denied and you all are doing the same thing!"

"Come off it. You left home because your brother or father, or whatever he is, lied to you your whole life and you wanna get back at him," Sophie said, plainly.

"You're such a bitch sometimes," Cassandra muttered.

"Most times and tell me something I don't know," Sophie replied carelessly.

"That's not it, Cassie. We know you're uber smart and competent," Ronnie said. "But you're sick right now and need some pampering cuz of…you know…trouble with your family. Besides, you don't know your way around the city yet."

"How do you think we'd feel if anything happened to you the very first time you were away from home?" Simon chimed in. "Your father would kill us."

"Lit-er-ally!" Ronnie said, then lowering his voice added, "You forget, Cassie, you told me he has mob connections."

Simon furtively glanced at Cassandra and upon seeing her troubled expression assumed Ronnie had a most disturbing point. "Great," he muttered under his breath. "Now I have to worry about car bombs."

"Aside from that," Sophie said, clearly not concerned about the possibility of being made to swim with the fishes Sicilian style. "Ronnie said I should stay away from the party if I'm just gonna be all bitched out and ruin our parents' big day."

"How 'bout not being all bitched out and show your support?" Simon angrily stated before getting up to retrieve the bagel from the oven.

Sophie fought the urge to cry by savagely taking a bite from her bagel.

"You're gonna hurt your mom's feelings if you stay away," Cassandra said. "She's gonna think you don't want her to be happy."

"Not to mention my dad's feelings," Ronnie said.

"I can't handle it, okay!" Sophie said, staring down at her plate. "I can't see my mom in love and all happy with anybody that's not my dad. I can't stand it that she's completely forgotten my father!"

Cassandra exchanged worried looks with the boys and tentatively reached out a hand to Sophie, gently pushing her long hair out of her face which was now wet with tears. "I remember how your mom and dad were, Sophie, always holding hands. He always had his arm around her, kissing and hugging her, showering her with affection. I loved that about them, envied them a little, envied you cuz you had parents so deeply in love."

"Violet must miss that so much," Ronnie said.

"I know she does. She's said as much. It's been, what, two years since he died?" Simon asked. "For someone used to such treatment that's an eternity to be without affection of any kind."

"It was one year last June the first when Coach Bennett died," Ronnie said automatically. When his brother gave him a look which clearly asked how he could possibly remember the exact date he shrugged. "Practically the whole town was in mourning and shut down that day. You were not around to see it, but Coach Bennett was seriously loved."

"Dad told me he met Violet this January," Simon continued. "That's almost an entire year and a half since he died."

Simon pulled out his phone and asked it, "What is the average time for people to remarry after the death of a spouse?"

"See?" Sophie said. "It's way too soon to just forget about my dad like that, like he never existed!"

"Sophie, I was there after your dad died. After you left for Florida your mom was all alone, so I visited her as much as I could, and I'm telling you, for over six months your mom hardly ever left the house. She never slept, she barely ate and rarely even bothered to get dressed. She lost like, twenty pounds and when I did see her at the market or post office she was like a zombie and barely spoke two words to me. She half died when her husband did," Cassandra said, as gently as she could. "If it wasn't for Mr. Romanoff coming along when he did she might still be like that or worse. People were scared that she might just die too. That's how bad she was."

"Gramma Heidi always said that she nearly died of a broken heart when grampa died," Ronnie said. "Remember that, Simon?"

"Indeed I do. Did you see them together often, Cassandra, my father and Violet?" Simon asked.

"Of course," Cassandra said. "That was about the same time she started working at the daycare center, which obviously gave her purpose and got her out of the house, but yeah, they were practically inseparable. I saw them everywhere together. Everyone in town talked about how great it was to see her come back to life and with a new guy and…."

"So, what you're saying is she was fine after she got a job and wasn't on the verge of dying of a broken heart. So she didn't have a reason to hang all over this new man which proves my point. So spare me. I don't need to hear how much of a disloyal bitch my mother is, thanks!" Sophie snapped.

"She wasn't! Dad told us that they were only friends for most of that time," Ronnie said, turning to Simon adding, "Isn't that what Dad said?"

"Yes, I remember we teased him about it during our spring break trip out west to the Grand Canyon," Simon said. "But he explained while he was already madly in love with her, she was definitely not ready and he certainly was not going to push her. They spent most of the time talking about her husband he said."

"You might wanna ask her yourself if you won't believe us," Ronnie said. "Dad told us that nobody else wanted to talk about your dad with her anymore…not even her brother and best friend. They most've thought it was morbid or depressing or whatever, but Violet needed that and Dad allowed her the indulgence because it was how she could make it through the really tough times, and it was really, truly tough for her. Dad told us!"

"Dad asked her to marry him in July and he knew soon as he did that it was a mistake, but he was crazy in love and it was a spur of the moment thing and…" Simon said.

"He told you that?" Ronnie said, shocked.

Simon nodded. "She said no, of course," he said. "But he asked her again few more times until she just… guess she got tired of saying no and they kinda broke up."

"Hard to let go of someone that's haunting you," Simon said.

"Dad was miserable," Ronnie said. "They were barely talking at all. Not even friends anymore really. You saw them at the party yesterday."

"They broke up just before Thanksgiving," Simon said. "That was also when Violet went down to see you, Sophie, and she met your band."

"And Mr. Van Gholston," Ronnie said, not hiding his annoyance. "They looked pretty friendly in those videos you posted to your You-Tube channel. Thought for a while they were together. Funny how that didn't seem to bother you."

"No!" Sophie snapped. "Mr. Van Gholston never was into my mother. In fact, he just got back together with his childhood sweetheart and they might even get married. He and my mom are only friends...ever!"

"So, your only objection is it's too soon and disrespectful to your father's memory, is that right?" Simon asked.

"All right then," Simon continued. "We'll ask them to wait another three years before they marry."

"If it's the only thing keeping Sophie from utter misery then so be it," Simon said. "After all, her happiness supersedes everyone else's."

"Why you gotta be such an asshole?" Sophie said, slamming down her milk glass, getting down from her stool and stomping away.

"Comes naturally to me!" Simon shouted after her.