Chapter 353 Better to Laugh Than Cry 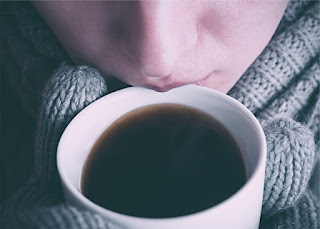 At the sound of a string of sneezes, the three in the kitchen turned around to see Cassandra clad in red plaid footie PJs. The thick bathrobe Simon gave her dragged on the floor and hung off her shoulders. Wet tendrils of unruly hair clung to her rosy pink cheeks and neck and she carried a half-full tissue box.  She looked adorable, albeit miserably sick.

Ronnie jumped up from his stool at the breakfast bar and pulled out a chair for Cassandra to sit at the table. “Hey, Cassie, have a nice bath? Ya hungry? Want some cookies or maybe popcorn?” he said. “Or ice cream for your sore throat?”

“I don’t dare have ice cream even though I’d love some,” Cassandra said, shaking her head. “It’ll bring back the chills and make me cough even more.”

“Well, I was gonna make you some nice, hot peppermint tea like you said you wanted, but Simon’s making some witch’s brew for you instead,” Sophie said.

“It will cure you,” Simon said.

“Betcha didn’t know it, but Simon was a top pupil in Snape’s potions class… loved him almost as much as Draco,” Ronnie said to Cassandra which promptly made her laugh, then cough.

“What’s in it?” Cassandra asked after catching her breath.

“Oh, you know…eye of newt, sprig from devil’s snare vine, two drops of dragon’s blood, a unicorn hair, bow-truckle toenails,” Ronnie said, counting on his hand. “And a whole mullien leaf…whatever that is.”

Cassandra could barely breathe for laughing… and coughing.

“Anyway, it’s better than anything Snape ever conjured up,” Ronnie said.

“Come on…better than Wolfbane potion?” Cassie said, grinning. “That stops you from turning into a werewolf, you know.”

“Well…you don’t need that. You’re not a werewolf and it’s not even a full moon tonight,” Ronnie said.

“Will you stop that!” Simon snarled.

“He gets a little testy when brewing Uncle Mac’s Sure-fire Cure-all infusion…like Hermione during OWL exams,” Ronnie said in a whisper so only Cassandra could hear.

Cassandra, of course, laughed and had another coughing fit.

Sophie grumbled. “Will you stop already with the Harry Potter crap?”

“Yes, please!” Simon snapped. “You’re not helping when you keep making her cough so much!”

“I’m not making her cough,” Ronnie insisted, trying for an innocent look. “I’m trying to make her laugh… she just chooses to cough afterwards.”

Cassie laughed and coughed some more.

“No, you won’t,” Cassie said, breathlessly.

Cassie smiled, reached out to grasp his arm and gave it a squeeze. “Thank you, Ronnie. You’re the best,” she said.

“You will find your mom,” Ronnie said seriously. “I just know it.”

“Cuz… cuz God would not have put you in a dark tunnel and let you see the light at the end of it unless he had every intention to let you reach the light and bask in its glow,” Ronnie replied beaming at her.

“Uncle Tommy will find her,” Ronnie said, ignoring the dig from his brother. “May take him a while, but he will find her.”

Cassandra sighed. “I sure hope so. I need some answers,” she said.

“You’ll definitely get those even if…” Ronnie stopped himself. “Uncle Tommy’s the best at getting answers.”

“Thanks, Ronnie,” Cassandra said. “We’ll have to wait and see…I guess.”

“And here I thought you two wouldn’t get along living together,” Sophie said, wistfully.

“’Course we will!” Ronnie said. “Cassie is awesome. We’re gonna get along fine.”

“Good to know,” Simon muttered as he strained the potion into a large mug, adding a hefty spoonful of honey before placing it in front of Cassandra. “Drink up.”

Cassandra looked uneasy, sniffed it then looked up at him. “Do I hafta?” she said.

Ronnie laughed. “Really, it will make you feel tons better,” he said. “Assuming Simon made it just like Gramma Heidi used to.”

“You got this recipe from your grandmother?” Cassandra said, suddenly much more interested in what was in her mug. She looked up at Simon and asked, “Did you make it just like your grandmother did?”

“Yes…except for the cinnamon stick,” Simon said. “I just added it to improve the taste.”

“Hmm…No, Cassie will need it more than I do, so she can get all better,” Ronnie said after thinking about it.

With all eyes on Cassandra she took a tiny sip, then another and then another. “As medicines go…this tastes pretty good,” she said.

“And hopefully you won’t sprout horns like Nevil’s potions usually do,” Ronnie said prompting another laughing/coughing fit from Cassandra and another death threat from Simon.

“Where the hell have you been?”

Violet was in no mood to be talked to like this especially not from her son. Ignoring Kenny, she turned toward the closet and carefully and deliberately placed her coat in it. Then she went into the kitchen and put the full tea kettle on to heat on the stove.

“Mom, for Pete’s sake, where were you all this time?” Kenny said, following her every step, looming over her. “We thought you were dead in a ditch somewhere. Why didn’t you tell us you were leaving the party? We didn’t even know you were gone until…Mom, are you even listening to me?”

“Yes, and if you don’t mind, I’d rather not be lectured to by someone whose very existence was due to me pushing him very painfully out of my body,” she said angrily. “You have no right to yell at me like that.”

Kenny sighed, taking several deep breaths before speaking again. “I’m sorry, Mom, but we were so worried. I think we called every person in your address book.”

“Oh, for heaven’s sake! What you do that for?” Violet said.

“Uh… I dunno, maybe cuz you were MISSING for several hours!” he yelled again. “You never answered your phone…”

“It wasn’t charged,” she replied.

“You didn’t tell anybody you were leaving…”

“Nobody missed me, you said it yourself,” she said. “I was gone for hours before you even noticed.”

“We got a ride back home, but you weren’t here,” he continued. “Did you know Sophie went to the city with those stupid Romanoff boys?”

“Of course I know…I told her she could,” she said, wearily sitting at the kitchen table.

“Mom, where were you all this time?” Kenny said, sitting down across from her. “Why did you leave like that… without even telling us?”

“You all were having such a great time. I didn’t want to ruin things for you,” she said, looking anywhere but at him.

“It’s Christmas, family time. We should have all been together for the entire day,” he said.

“Normally yes, but…I went to… to visit your father,” Violet said. “He’s still part of the family…. isn’t he?”

Stunned into silence, Kenny could only watch his mother react to the whistling kettle, slowly getting to her feet and preparing her tea.

Email ThisBlogThis!Share to TwitterShare to FacebookShare to Pinterest
Labels: Better to Laugh Than Cry