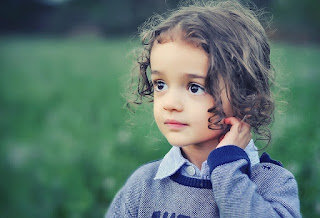 “Cassanadra!” Frankie shouted, pounding on her bedroom door. “Open up!”
She slowly opened the door. “Finally, somebody paying attention to me,” she said, triumphantly. Now she could get some answers.
“What the hell is wrong with you today?” he said, his real arm pushing the door open and stepping inside. “You’re moping around, you don’t help in the kitchen, you’re not there to watch the kids and…did you really slap Tony in the face?”
“Is that what he told everyone? Actually, I kneed him in the balls,” she said. “A slap across the face wasn’t going to stop him.”
“What! Why did you do that?” he said.

“I was always your father, always acted like it,” he said counting on his fingers as he continued. “I always disciplined you, protected you, loved you, cared for you, told you what to do, how to behave, taught you things. That is being a father. You even said so yourself a million times that I was more like a father than a brother, remember? Well, that was on purpose. You just didn’t know it then…but you know it now….so…fine. I’m your father, your real father.”
“Right, that was a million times you could’ve told me the truth and instead you piled on lies on top of more lies,” she said.
Frankie clenched his jaw tightly. “We can talk about it later when everyone’s gone. So, go wash your face and let’s go down now and celebrate Christmas with the family like we always do,” he said.
She shook her head. “You forfeited the right to tell me what to do when you made me believe you were my brother and you left me to be raised by the grumpy, old, ill-tempered, racist, sexist, domineering tyrant that you made me believe was my father. You can all go to hell!”
“Hey!” he shouted angrily. “Don’t talk like that to me!”
She glared at him. “Kiss my ass, Frankie,” she said.
Visibly shocked that she would speak that way to him, for the first time in his life he didn’t know what to do, how to handle a sticky situation. He remained calm and tried a new tactic, something he’d long since had abandoned, namely telling her the truth.
“It… it was just easer this way, Cass,” he said, softly. “Mom, my mother, your grandmother, she had always wanted a baby girl so bad. She suffered through tons of stillbirths and miscarriages. Each one broke her heart worse than the last. It was a miracle she could have me after so many years of trying. She prayed and prayed for another chance to be a mother and there you were, a perfect little angel, her little angel. That’s what she called you. I’d never seen her so happy. It was perfect.”
“Perfect you say?” Cassandra said, his callus attitude making her numb through to the core. “No doubt perfect for you. You had babysitters to dump your kid on, so you could take off halfway around the world and play war with your army buddies.”
“Hey,” he said, angrily raising his prosthetic arm. “I went to war to protect our freedom, your freedom and…”
“Like I know shit about true freedom,” she muttered. “I can’t go out with friends when I want. I can’t go to college. I talk about going to medical school and I’m treated worse than if I said I wanted to assassinate the Pope! Family members are actively arranging marriage for me to people I can’t stand and some I don’t even know! Hell, I can’t even sneeze without permission. Pretty sure I know a little bit about being oppressed. Might as well be living in Iran.”
“I sacrificed an arm and nearly a leg to make this world a safer place for you, for your freedom not to have to be covered from head to foot, you selfish little brat! Show some respect!” Frankie said.
“Bullshit!” she shot back, just as fiercely. “You are the selfish one. You went away for yourself. You loved every exciting, thrilling minute of it, being away from home, on your own, doing exactly what you wanted to do, when you wanted. I heard you say so a thousand times, so I know nothing short of losing that arm was gonna keep you away from your never-ending wars in exotic places all over the world, happy to be gone from home, happy to be rid of your own kid.”
She burst out in agonizing tears and turned her back on him.
Little did she know that was the perfect way to make Frankie feel as worthless as a snow blower in the Sahara Desert.

Email ThisBlogThis!Share to TwitterShare to FacebookShare to Pinterest
Labels: All a huge lie