Chapter 328 I have something for you 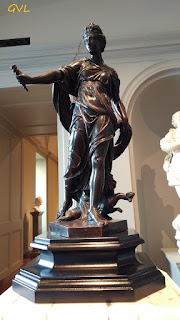 Sophie watched in amazement as her mother was given gift after gift from Victor’s kids. Georgiana especially was so anxious that Violet might not like her handmade gift that Sophie thought the little girl would burst into tears if her mother was anything less than effusive in her thanks.
Violet did NOT disappoint. She gave hugs and kisses aplenty making an undue fuss over each gift and making each child feel as if their gift alone was the best thing she’d ever received.
“This one’s from Daddy,” Georgiana said excitedly, placing a large, gold foil covered box on Violet’s lap.
Violet looked up at Victor and he smiled. “Georgiana helped pick out the perfect one for you,” he said.

Email ThisBlogThis!Share to TwitterShare to FacebookShare to Pinterest
Labels: I have something for you