Feeling her throat go dry, Sophie took another sip from the glass and handed it to Rance. “Go on then,” she said. “What are you thinking?”
“My dad suggested it and I think it’s a great idea,” he said, then downed the rest of the soda and put down the empty glass. He rubbed his hands together, then took both of hers. “You can intern for us.”
A slight frown creased her brow. “I don’t even know what that means,” she admitted, feeling rather stupid.
“Well, it’s just a try-out for a permanent job, learning as you go and there are lots of different places for you to try if one doesn’t fit you. It’s a huge company, and Dad's always hiring fresh new people, so there's a good chance you can find a job there that you like, a good paying job with benefits, and I know you. You’re smart, hard working, and creative and imaginative. You love to learn and try new things. I’m sure you’ll excel. I’m more sure of you doing great than me!”
“But…but I don’t know nuttin ‘bout no corporation work!” she said, in a truly horrible southern accent.
Read more »
Posted by Glorygarden@msn.com at Monday, February 27, 2017 No comments:

Email ThisBlogThis!Share to TwitterShare to FacebookShare to Pinterest
Labels: When words aren’t enough 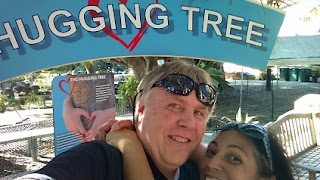 “This is it, I think,” Sophie said, opening the door to the dark study and running her hand on the wall for the light switch. “Ooh…nice.”
“For some reason, I thought it would smell like cigar smoke in here when they called it a study,” Rance said looking around at the large comfortable office lined with floor to ceiling shelves stuffed with books, mostly having to do with law.
“Mr. Romanoff doesn’t smoke… that I know of,” Sophie said going to the leather sofa in the center of the room facing the fireplace, sitting down, kicking off her heels and curling her long legs under her. “Maybe it’s a memory of your grandfather’s study. You told me once that he smoked cigars.”
“Could be. That a new dress? Looks really good on you,” he said, nervously standing by the fireplace.
“I found it in my mom’s closet with the tags still on so I guess it’s new,” she said with a giggle. “Now come here and sit down!”
He smiled, sat down beside her and stared at her.
Sophie shook her head. “I still can’t get over your new look.”
“You don’t hate it?” he asked, tugging on his tie.
Read more »
Posted by Glorygarden@msn.com at Monday, February 20, 2017 No comments:

Email ThisBlogThis!Share to TwitterShare to FacebookShare to Pinterest
Labels: One good reason

Chapter 321 What a surprise

Violet was having so much fun singing with the kids, and she would have stayed longer had Sally—all breathless and excited-- not come to get her.
“Violet, Violet!” Sally shouted. “You gotta come and see!”
“What is it, Sally? Has Santa Claus come early?” Violet asked, while being dragged into the living room. There she saw nearly everyone staring in complete silence at the archway leading into the foyer. Naturally, her eyes followed their path and she gasped.
“Told ya we shoulda called first, Dad,” Rance said, looking around sheepishly.
“Perhaps you were right, Rance” Laurence Van Gholston replied, also a bit unnerved by all the stares. Although he was much more used to it than his son, it was still unpleasant to be gawked at as if you were a sideshow freak.
Read more »
Posted by Glorygarden@msn.com at Monday, February 13, 2017 No comments:

Email ThisBlogThis!Share to TwitterShare to FacebookShare to Pinterest
Labels: what a surprise 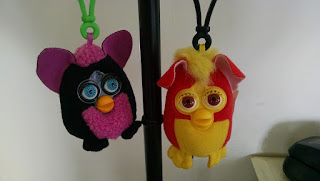 “I give up,” Violet said to herself.
Yes, it was high time she give up trying to catch Victor alone at this over-crowded Christmas party. Perhaps after the place started thinning out she’d get a chance, or so was her thought. Either way, she was leaving it be for now. But don’t you know, that just when you give up on something and leave it in God’s hands, that’s when things generally start to happen.
She didn’t actually figure into this strategy, at least not consciously. It just sort of happens when you least expect it.
There she was chatting with Flora Trent who had finished some eggnog and was about to set the empty glass down on a side table when Violet took it from her and meant to take it to the kitchen. Of course, it didn’t make sense to go all the way to the kitchen with only one glass in hand, so she grabbed a tray and filled it with a few dirty dishes, a couple more glasses, several cellophane topped cocktail toothpicks and various plastic forks and spoons. Just when there was room on the tray for nothing else and she turned toward the kitchen, Victor stepped in front of her taking the tray out of her hands.
“Violet, please don’t do that,” he said somewhat sternly.
Read more »
Posted by Glorygarden@msn.com at Tuesday, February 07, 2017 No comments:

Email ThisBlogThis!Share to TwitterShare to FacebookShare to Pinterest
Labels: I give up

Chapter 319 Isn’t it always the case 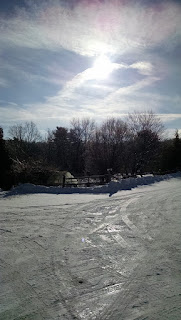 Isn’t it always the case? It never fails. As soon as you have your heart set on what you want to do-- nay, what you have to do!--something always gets in the way of you doing it. For Violet it was several somethings that prevented her from finally—at long last!—telling Victor exactly how she felt about him, how inexcusably stupid she had been all this time, how very much she regretted hurting him and how desperately she wanted him to take her back, and marry her so she can be part of his family and they could live happily ever after. Yes, just like in your average, ordinary fairytale!

How this declaration would be received by Victor was another matter entirely and not one she cared to ponder at the moment. Not that she would get the chance…
Read more »
Posted by Glorygarden@msn.com at Saturday, February 04, 2017 No comments: