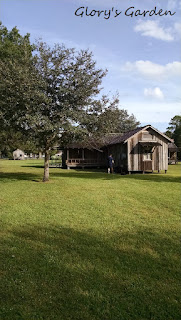 Jocelyn, who glared out the window of Victor's house where the Christmas party was in full gear, was in near panic-mode. She impatiently watched for her dearest friend to finally get there. She hadn't seen Violet since she got married and that was well over a month ago...longest time they had ever spent apart except when she went back to Mississippi to be with her dying mother.

“Who ya talkin' 'bout, Mama?” Aaron asked, peering out the window too, his twin brother doing the same.

Jocelyn turned to smile at her newly acquired sons who stood side by side as always. She still got such a kick from being called Mama.

“Violet, of course. She should be here by now,” she said, concern giving her voice an edge.

“You know Violet, Adam-honey. She was the nice lady that introduced us at the Halloween party... remember? She was with Victor and she did the little dance number with the princess girls. You have to remember that,” she said.

The boys exchanged looks then stared up at her and simultaneously said, “Ya mean Lily White girl?”

Jocelyn threw her head back and laughed, but quickly sobered. “Yes, that's Violet, but you really shouldn't call her that. Call her Aunt Violet. That's only my nickname for her, okay?”

“Okay, Mama,” Aaron said, then looked out the window again as yet another car pulling up to the house.

“Is that her, Mama?” Adam asked, pointing out the window.

“Oh! It must be,” Jocelyn said peering out the window once again this time with a huge smile on her face as she watched a familiar, beat-up looking pickup truck pull into the drive. “There's Kenny and Janice and Sophie, of course, and... and... but where's Violet?”

She rushed to the door and opened it before the group reached the top step.

“Where is your mother?” she bellowed.

“Nice seeing you too, Aunt Jocelyn,” Kenny said, ushering his wife and sister in before him, each of them carrying shopping bags full to the brim with gifts, and his own arms full of larger packages which wouldn't fit in bags.

Jocelyn held her arms wide for Janice who was the first to drop her bags and rush into their warmth. “Baby girl, gimme some sugar. Oh, it's so good to see you!”

Janice said, giving her an extra squeeze before releasing her and allowing Kenny his shot at her. “We hear you've been busy with...stuff.”

“We're so sorry about your mom,” Kenny whispered in her ear. “She was such a fine lady, sweet as pie. We all loved her.”

“Thank you, Baby,” Jocelyn said, gently patting his cold cheek. “We all gotta go some time, and this was her time. She went peacefully on her own terms, with her family around just as she wanted. We're all thankful for that. And life goes on.”

At that moment, her little boys each possessively took hold of one of her hands and stared up at the three new intruders.

“Well, now...who are you?” Kenny asked, kneeling down, getting down to their eye level.

“I'm Aaron and that's my brother Adam,” Aaron said.
Kenny took turns formally shaking their small hands saying, “Very pleased to meet you, Aaron and Adam. I'm Kenny and this is my wife Janice and my sister Sophie.”

“And this is our new Mama,” Adam said with a bit of a scowl on his face, just in case anybody had some wild idea about stealing Jocelyn away from them.

“Wow, how lucky you are,” Kenny said. “I always wanted Jocelyn to be my mama...but I already had one, and you know, you can't have two mamas.”

They stared at him a moment, then exchanged looks and simultaneously said, “I guess.”

“They are so cute!” Janice said.

“And possessive,” Sophie muttered, hugging Jocelyn and kissing her ebony cheek. “Merry Christmas, Aunt Jocelyn. We come bearing gifts. Jeeze, did I just say that? I sound just like Mom!”

“Jocelyn, you have a really nice family. I'm so happy for you,” Janice said smiling at the boys.

“Whaddaya mean where is she?” Kenny said.

“Isn't she here?” Janice asked, looking past them into the living room full of people she didn't know and others she hadn't seen in nearly a year.

“Would I be standing by the door greeting guests at a house that's not my own if she were here? No, Violet's not here!” Jocelyn said.

“So, where is she?” Sophie asked, catching a quick glance at Simon scowling by the Christmas tree, drink in hand, and Ronnie flirting—did that guy ever do anything else?-- with a very pretty and very shy Mexican girl.

“Mama, is that her?” Aaron asked, pointing to the front door which appeared to open on its own, but a moment later a large group of kids ranging in age from four to teenage burst through the door, briefly saying Merry Christmas then following the noise into the crowded living room. They were slowly followed by a beleaguered woman holding a baby and a bewildered looking man holding another.

Jocelyn took one look at them and shrieked. “Omigod... Mary Teresa!”

“Jocelyn!” Mary Teresa said, shifting the baby onto the other hip before throwing her arm around her. “It's been so long.”

“Hey, whaddabout me?” said Ed the handyman, setting the toddler down to the floor where he took off like a shot into the crowd of party goers.

“Hey, Doughboy, how ya been?” Jocelyn said, throwing her arms around him for a massive bear hug.

“Don't call me Doughboy,” Ed said, pretending to be angry. “It's Eddie Spaghetti to you!”

“No, it ain't...never called you that and you know it!” she said. “That was Violet's nickname for you, remember?”

“Hmm...s'pose so,” Ed said, removing his coat after helping his wife out of hers. “Where is Violet? She's the one that invited us, you know.”

“No, she didn't,” Mary Teresa said, collecting all the discarded coats her kids left at the door. “How many times do I have to tell you? Victor invited us.”

“Whatever...don't see why since he hates us,” he mumbled.

“Hates you perhaps,” Mary Teresa said, winking at Jocelyn. “He loves me!”

“That would explain the new additions to the family,” Jocelyn said, grabbing the baby who squealed with delight. “Guess you two still go at it like rabbits.”

Mary Teresa giggled. “These are not our kids...they're our first grandkids! Our eldest Margaret got married last year to her long tome boyfriend Justin and our son Tony and Jessie got married last New Year's.”

“And just like that two grandkids. Man, that was quick!” Jocelyn said, handing the baby back when she felt a tug at her dress. “I have a new family, too. Meet my sons Adam and Arron.”

Mary Teresa gasped. “Jocelyn, how wonderful! They are so cute!”

Jocelyn nearly gagged. “Say what? When did Violet ever date that dirt bag?”

Mary Teresa sighed and placed the baby on the floor where she scampered away. “Yes, he is...at least to Violet he is.”

“To most women, actually,” Jocelyn said.

“ Anyone compared to Richie would be,” Mary said.

“Eddie, stop. It's just not going to happen, so get over it,” Mary Teresa said. "Violet does not like Harry."

He made a growling sound in his throat. “So...where is Violet?” he asked, looking thoroughly annoyed. “Glued to the lawyer I suppose.”

This made Eddie unduly happy. “Having second thoughts, huh? Good for her.”

“Just saying...if this lawyer guy is so good, then where is Violet?” he asked.

Email ThisBlogThis!Share to TwitterShare to FacebookShare to Pinterest
Labels: Where is she