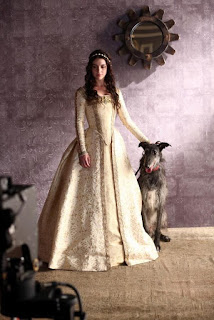 
When Violet arrived at Victor's house, she spotted what looked like a totem pole made up of the eager faces of three cherubs peering at her from the glass panels on the side of the front door. She smiled and waved at them—the totem pole merrily waving back-- and as she climbed the steps the door flung open.

“Hi, Violet!” the disassembled totem pole shouted, pulling her in and each telling her something of vital importance—in their minds anyway.

“Ya wanna see the cars I got from Reggie?” Peter said, tugging the sleeve of her coat.

“Reggie toll us we got more grandparents. Isn't that cool?” Julian said, tugging on her other sleeve.

“Uh...Reggie is who again?” Violet asked, removing her hat and gloves.

“Our other dad,” Peter said casually.

“Oh, I see,” Violet said, gauging the varied reactions of each child. Peter seemed indifferent at best, Julian appeared excited and delighted, and Georgiana was obviously worried and anxious. “So, you met your father. How did it go?”
Read more »
Posted by Glorygarden@msn.com at Monday, April 25, 2016 2 comments:

Email ThisBlogThis!Share to TwitterShare to FacebookShare to Pinterest
Labels: Isn't that cool 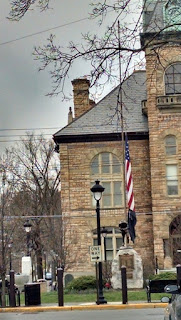 Victor stared at Ronnie in a stunned silence, his heart sinking. He certainly did not expect this. He had simply asked Ronnie to explain why he didn't think higher education was for him. A simple four year stint in any university of his choosing for the purpose of becoming a productive member of society—was that too much to ask for?

Apparently! In fact, Ronnie thought going to college was —to use his phase-- too much BS to deal with. Not what the average parent wants to hear, mind you.

Though Ronnie tried to keep it dispassionate, his explanation quickly became a rant of epic proportions. Who knew he had it in him? Surely not his father from whom he had kept all these thoughts and feelings.

“I mean...geeze, Dad, it's bad enough that you're not supposed to say anything that isn't politically correct, but now they're trying to punish people for being something they can't help being,” Ronnie said, shaking his head.

Email ThisBlogThis!Share to TwitterShare to FacebookShare to Pinterest
Labels: Too Much BS

Chapter 298 The next logical place 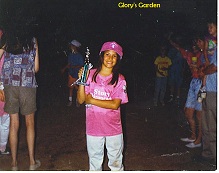 Ronnie left his brothers back in his room after promising he'd return to play with them and he bounded down the stairs looking for his father.

“Dad?” he called, looking around for him in the living room, family room and kitchen, but Victor wasn't in any of those places. Ronnie ran down the hall to the den --the next logical place-- and found him at his massive desk, a Manila folder open in front of him. He was flipping pages with a menacing scowl across his face.

Victor held his hand up stopping Ronnie in his tracks. “Tom, you really need to explain this before I rip you a new one.”

“What? I did what ya axed me to do,” a plaintive voice came from the speaker phone. “You said look for that dame's husband and I did and then I looked for the kids' deadbeat dad and I found him too. At first I thought you said they were the same person but...”
Read more »
Posted by Glorygarden@msn.com at Monday, April 04, 2016 3 comments: