Chapter 296 This changes everything 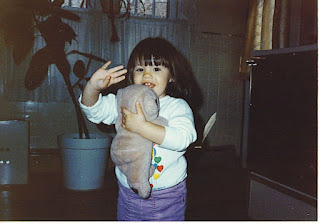 Victor felt his world shift beneath his feet as he averted his eyes from Reggie who, overcome with emotions he must have had bottled up for years, was now quietly weeping into his hands . Victor felt for the young man—this very young man, barely older than Simon as per the date of birth on his license. He certainly didn't seem like a heartless clod who wouldn't want anything to do with his kids. More's the pity for Victor, but it must be a good thing for the kids...right?

This changes everything, he thought... or at any rate it had the potential to do so. Georgiana suddenly grabbed Victor's hand, taking him out of this thoughts.

“I didn't mean to make him cry,” she whispered, her own eyes tearing up.

Reggie suddenly stood up and walked away from their table.

“Reggie, where ya going?” Julian called after him.

“Is he going home?” Peter said.

“No, he can't...he left his coat and the present,” Georgiana said, looking to Victor for reassurance. “Maybe he's just going to the bathroom?”

“Is everything okay?” their server asked anxiously. “Can I get you anything else?”

“Everything is fine, Linda, thank you. We don't need anything else,” Victor said.

“Reggie finished his drink. Can we get him some more?” Georgiana said.

“Unsweetened,” Georgiana replied, evidently taking a sudden interest in Reggie, or at the very least she seemed eager to secure his comfort in his moment of distress.

This did not escape Victor's notice, which give him equal pain and pleasure.

“I want more pickles,” Peter said, finishing his last one.

“Finish your sandwich and we'll talk about more pickles,” Victor said, giving Linda an apologetic smile before she left.

“Cuz I was mean to him,” Georgiana said.

“No, Honey, it's...well, it's a lot of things. I think he feels badly that he missed so much time with you kids. He probably feels guilty that he wasn't there for you when your mom died. He might feel stupid that he didn't look for you when your mom left him and he's probably angry with himself for believing her when she told him you were going so far away that he wouldn't be able to find you. He's kicking himself that you were so close and he didn't even know it. He obviously missed you and...most likely still loves you very much and he's very sorry for everything that happened,” Victor said.

They fell silent mulling over all these things, each child in his/her own way, and with Victor's urging they nibbled at their food waiting anxiously for Reggie's return. They had nearly finished with lunch before he sheepishly came back. He looked embarrassed, haggard and grim, and suddenly looked much older than his thirty years.

“I...I'm very sorry for my behavior. I... I apologize for...for everything. I should not have asked for this meeting. It was selfish of me,” he said, nervously standing by his seat, looking down at his hands. “I didn't realize it would bring back old feelings and such pain. I didn't mean to hurt any of you or upset you or me... not then and certainly not now. I...I think I should go.”

He took his coat but Julian jumped off his seat and rushed to him grabbing his hand. “But you can't go yet!” he said. “You didn't finish your sandwich and...and we wanna ax you stuff. Can't you stay a little bit longer...please?”

“Ask me what?” Reggie said, bewildered.

“About Mommy and you and...stuff,” Julian said.

“I have a few questions too, if you don't mind staying a while, Reggie. You've come all this way, we should make the most of it,” Victor said.

Reggie hesitated, then glanced at Georgiana. “What do you think, Gi...Georgiana?”

She looked up at him and swallowed hard. “I think...I think we want to know stuff about you,” she said. “I think you should stay and... I'd like to have my present now.”

Reggie stared at her, astonished, then he smiled, visibly relieved. He sat down and reached under the table for the shopping bag. She slowly went around the table and took the bear from his hand. She bit her lip then said, “Thank you...Reggie.” And she kissed his cheek.

Victor never felt so proud of her, but at the same time he felt the kids slipping away from him. There was nothing to prevent this young man from gaining the ready affection of these loving children and subsequently take them away from him altogether, legally. Then he recalled...Peter. What would happen to him?

Reggie thanked Linda for the new drink she brought him. Being extremely thirsty he drank nearly half of it in just a few gulps and was immediately bombarded with one question after another.

“My dad? Oh, because of the stroke,” Reggie said. “Yes, he recovered after a long while, took several months before he was back on his feet, but he still had to take things easy. He and my mother are fine now and live near me. Dad's got three hardware stores now and one garden center all of which he supervises. He's still quite active. Refuses to retire, although my mom would like him to slow down a bit. He tells us he'll rest when he's dead. They're still rather young to retire though, so...”

"Grampa says that too," Peter said, taking a final bite of his sandwich.

“Does that mean we got anudder grampa and gramma?” Julian said excitedly.

“Uh.. yes, it does,” Reggie said, glancing nervously at Victor. “They haven't seen you kids in a very long time, even before your mom left...because of the stroke and stuff.”

“I'm sure the kids would like to meet them if they are willing,” Victor said, at the same time wondering why the Trents did NOT find any of these people when they searched for any remaining relatives. They told him they had thoroughly done so, but it was patently obvious they did a shoddy job of it at best, or thoroughly lied about the entire thing.

“Are you married or do have a girlfriend?” Georgiana asked.

“I am married. My wife's name is Carly and...uh...we're expecting our first child in April,” he said, turning slightly red about the neck. “I...I never told her I had other kids, so...um...she doesn't know where I am right now and... I'm not too sure how she will react.”

“Wow,” Victor said. “That's a serious secret to keep from a wife. Before telling your parents you might want to think on that, Reggie. Could cause trouble...most secrets of this magnitude do.”

“That is...difficult,” Victor said, a ray of hope emerging like the rising sun.

“It wasn't hor-bibble,” Peter said. “Reven Trent and Ms. Trent are real nice and we got to play in the garden wiff Viowet and she made us Halloween costumes and we went to pool parties at Daddy's house and horseback riding and bowling and... ”

“I think he gets the idea, Peter,” Victor said, chuckling. “They were never mistreated. It wasn't anything like Charles Dickens described.”

“She's a voracious reader,” Victor said, proudly. "She reads to me every night."

“Me too. Next time I'll bring you books,” Reggie said, before realizing what he said. “I mean...if there is a next time.”

“There has to be if we're gonna see our new grandmother and grandfather,” Georgiana said, looking at Victor anxiously. “Can we?”

“Of course, but we have to let Reggie decide when and where,” Victor said, forcing a smile. “He might find this … troublesome with his family, but all he has to do is call and we'll be there.”

“You really are a nice man,” Reggie said, sounding surprised.

Victor smiled. “You were expecting an ogre?”

“Like Shrek?” Peter said, giggling. “Daddy don't live in a swamp and he don't fart and burp like him.”

Julian dissolved into giggles, and Georgiana joined in. The two men burst out laughing too, until the whole group was laughing uncontrollably.

The man at the next table motioned for Linda the server to come to their table and he asked if he could have whatever they were having, because he really could use a laugh, too.

Email ThisBlogThis!Share to TwitterShare to FacebookShare to Pinterest
Labels: This changes everything