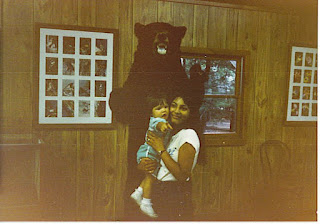 “Dad, you don't look so good,” Simon said, putting his cell phone down. He went to the counter grabbing a cup and filled it from the coffee pot. “Here, you need this more than I do.”

“Thanks, Simon,” Victor said, gratefully taking the coffee and slumping down at the table.

“I'd ask if you had a rough night except I know you went straight to bed after putting the kids down for the night,” Simon said. “Can't be that taxing, can it? Or...Are you ill?”

“No, barely slept... had one stupid dream after another,” Victor said, rubbing his tired eyes.

Simon grinned. “Dad, need I remind you you first have to be asleep in order to dream? So technically you were sleeping...it just wasn't restful,” he said.

“Yeah, well, that would explain my aching head and why I'm so tired. Feels as if I ran a marathon last night,” Victor said.

“What were the dreams about?” Simon casually asked.

Victor, who remembered far more than he wished to admit, shook his head. “Don't really know. Several people running in and out allegedly giving out advice, but heck if I can make head or tails of it all,” he said.

“Advice on what?” Simon asked.

“That's a mystery too,” Victor said, sipping the tepid coffee.

“Dreams are there to help us sort through life's problems, Dad. I can help you analyze them.”

“They're too jumbled for me to make much sense of them,” Victor said, barely suppressing irritation. “Makes my head ache worse just thinking about them.”

“All right,” Simon said, knowing when to quit. “Why didn't you sleep late then? You don't have anything pressing today.”

“Actually, I do. Have several things to do this morning and I thought I could have breakfast with the kids...wait,” he said looking around. “Uh... where are the kids?”

“They were down about a half hour ago,” Simon explained. “Georgiana had a piece of toast, but the boys only wanted a glass of milk and they split a Pop-tart, then they went back to their rooms to finish a very important gift which I'm guessing is for you because they emphatically said they didn't not want to be disturbed.”

“They're taking this gift-giving very serious,” Victor said, with the first glimpse of a smile. “They're so funny.”

“Yeah,” Simon said, frowning slightly. “Dad, is it true they're going to meet their father?”

Victor groaned. “Who told you?”

“Who do ya think? Peter doesn't understand the idea of secrets,” Simon said. “Although, why was it a secret at all? Why didn't you want me to know they still have living parents.”

“Just the father. I need to call him to set up a meeting time...today if I can manage it.”

“Is that wise, Dad?” Simon asked. “I mean... what if he wants them back? That's why Georgiana was so upset yesterday, wasn't it? She's afraid of that happening I bet.”

“He won't want them back and even if he did, there is no way in hell I would let them go,” Victor said, more fiercely than he intended. “He's just curious to see how they've been, I think.”

“Or trying to get something outta you. He's gonna cause trouble in the adoption, isn't he?” Simon said, suddenly angry.

Victor drank long from the cup, set it down and sighed. “I won't let him.”

“You thinking of ...paying him off or something?”

“Let it go, Simon,” Victor said wearily. He stood up and stretched his arms over his head. “I think I can handle a drugged out, would-be extortionist. Wouldn't be the first time.”

Just then Ronnie came into the kitchen and taking one look at his father, frowned. “Dad, you don't look too good. You okay?”

Victor laughed and shaking his head muttered,“Two peas in a pod.”

“Huh?” Ronnie said. “Wait, Dad, if you're going to get the kids, you better knock first. There's some serious secret work going on in their room. They nearly bit my head off when I barged in on them.”

“Yes, Simon already warned me. I have some phone calls to make first,” Victor said, placing his cup in the dishwasher. “What are you boys up to today? Anything fun?”

Simon and Ronnie exchanged looks before Simon replied, “We're taking the girls Christmas shopping. Supposed to be nice today for a change so we might do something fun, like ice skating or whatever we can come up with.”

“Good to hear. You two look good with them...nice girls for you both,” Victor said.

“Dad, Cassie and Simon, sure, but me and Sophie are NOT together,” Ronnie said.

Victor shook his head and gave him a look which clearly said, “Sure, anything you say, but I'm not believing it.”

“It's true!” Ronnie said, as though Victor spoke the thought out loud. “There is nothing between me and Sophie, Dad.... really!”

“Well, that's too bad,” Victor said. “She's a fine girl and might be the making of you.” With that said, he left his sons gaping after him.

“The making of me? What the hell did he mean by that?” Ronnie said.

“Don't listen to him. He's just given up on Violet,” Simon remarked. “At least he thinks so, but we're not...right?”

“Of course not! They have to get together,” Ronnie said, pulling open the fridge and looking in. “Did you, um...make any plans with Cassie? I mean other than shopping.”

“I thought of something...something I know I find fun and I think the girls will too once they try it, maybe even you, but I didn't know if you'd approve,” Ronnie said, pouring a glass of milk.

“What could be fun for all of us, but at the same time that I wouldn't approve of?” Simon asked suspiciously.

“Nothing bad...actually it's good and useful. I'll let the girls decide,” Ronnie said, putting the milk jug back. “Ready to go?”

Simon followed him out of the house, trepidation running along his spine.

*****
Victor emerged from the den feeling simultaneously surprised and wary. That phone call had gone remarkably well. He had not expected to find the man so agreeable to the meeting where and when Victor wanted it. The kids' father was amazingly nice and easy to deal with, perhaps, too nice and easy.

Victor shook the suspicion out of this thoughts and went up the stairs. He listened a bit at the door and heard the following:

“Kids?” Victor said through the door after a few raps with his knuckles. He could hear the kids scrambling to hide whatever it was they were working on.

“Put the book and stickers in the closet!” Peter shouted.

“Shh! Or Daddy will hear you!” Georgiana said.

“No, under the bed is better,” Julian said. “Daddy won't look there.”

"He will if you keep shouting!" she said.

Victor laughed. “I want you to get dressed,” he said.

“We are dressed,” Julian said, opening the door wider, pointing at his rumbled t-shirt and baggy sweat pants.

“I mean dressed up nicely. I want to take you all to have your pictures taken and I want you to look sharp,” Victor replied.

“Again? Gramma and Grampa already made us get pictures,” Peter whined.

“Was,” Julian mumbled. “We got pictures with Santa.”

“Yes, it will,” Victor said. “I already forgot about it. Now, get ready. We have loads to do today...um...I called your father.”

Georgiana went pale, but the boys perked up.

“Yes,” Victor said, suddenly feeling guilty. “Did you need more time to get used to the idea, Honey?”

She frowned, was silent for a moment, then shook her head. “Better to just get it over with,” she grumbled.

“Is he gonna be there for the pictures wiff us?” Julian asked.

“I'm NOT taking any pictures with him!” Georgiana said.

“No, nothing like that,” Victor said. “I did think we could get one of the photos framed so you can give it to your father for a Christmas present.”

“What for? He won't want it,” Georgiana said.

“Maybe he will,” Julian said. “Will he give us presents?”

“It could happen!” Julian replied.

“Where we going, Daddy?” Peter said.

“First to the mall for the pictures, then lunch at Cooper's. You like it there, right?” Victor said. “Your father will be meeting us there.”

“We gotta eat lunch with him?” Georgiana shrieked.

Victor sighed. “Georgiana, if you really are so opposed to this, you don't have to go. I can see if Marty can...”

“Come on, Georgie,” Julian said. “It's not like he's gonna throw food at ya. Right, Daddy?”

“He better not!” Victor said, smirking. “Marsha does not put up with bad behavior at Cooper's, you know. She's a tough one, ya know, and she'll toss him out into the snowbank if he so much as drops a napkin on the floor.”

“Do you want me to call Marty?” Victor asked her. “I'm sure you can stay with her while we're at lunch.”

“But you gotta come wiff us, Georgie,” Peter said, grabbing her hand. “You're the only one who knows what he looks like.”

“Yeah, I forgot and we might end up having lunch with a bum off the street thinking it's him,” Julian said.

Victor suppressed the urge to inform them that their father could very well look worse than a bum off the street.

The little girl struggled for a moment, then sighed. “Okay, I'll go, but I wanna sit by you, Daddy, okay?”

Victor smiled. “I won't let you out of my sight the whole time. Now, put on the pretty dress Marty bought for you.” He stopped to look at her more closely. “Your hair looks different today...all wavy.”

“Violet braided it last night. She said it would do that, get crinkles. Is it all right?” she asked, running her hand over it.

“Looks very nice. The pictures will turn out great.”

“Can we get a picture with you too, Daddy?” Peter asked.

“Yeah, like a family!” Julian said, hoping on his toes.

“Okay, then I better get spiffy, too. Hurry up so we can leave soon.”

The boys scrambled out of the room and into their own, leaving Georgiana alone. She pressed a hand to her butterfly filled tummy and hoped she didn't puke at lunch.

Then again, the thought of puking all over her wayward father did have its appeal.

Posted by Glorygarden@msn.com at Friday, February 26, 2016

Email ThisBlogThis!Share to TwitterShare to FacebookShare to Pinterest
Labels: You don't look so good