Sophie was royally pissed. Not only was Ronnie too busy with his legion of female fans to even notice she was there, but she couldn’t reach the guys who just a few days ago had been so eager to have her sing with their band and told her she could join them any time she wanted. Well, she wanted right now and where could they be? Why were they not at her beck and call?

Yes, these were the selfish thoughts running through her head, but they did not stop there. With a satisfied smirk she saw Ronnie repeatedly reach into his pocket presumably for his cell phone, no doubt to add a new number from a drooling, lusty girl.

“Thanks, Mom,” Sophie mumbled to herself, “For not giving the cell phone back to him.”

Now she didn't know what was she supposed to do. Sit around and mope? Not likely! Wait for Ronnie to stop flirting? That was equally unlikely, by the looks of it. She sighed and went to the bar, squeezing herself in between a small girl with short, spiky pink-tipped blond hair, vampire makeup and goth-like clothes better suited for a Halloween party and a guy, almost as small and with twice as much makeup, wearing strategically ripped blue jeans,  a white t-shirt,  an apricot ascot,  Blue suede shoes  and a raspberry beret  —whaddaya kidding me???
Read more »
Posted by Glorygarden@msn.com at Monday, January 25, 2016 No comments:

Chapter 287 I love my Father 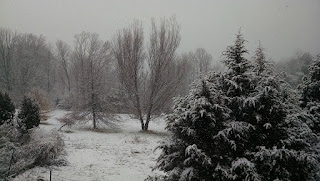 Simon was just at the exit when the door opened, and in a flurry of new snowflakes Cassandra rushed in and shut the door firmly behind her. She stopped short when she saw him and for a moment all they did was stare at each other wordlessly.

She slowly pulled her hat off her head and shook her hair loose, which made him wonder if she did it to tease him. She must know by now how much he loved her wild curls.

“Hi,” he said and after a moment's hesitation he added, “I didn't think you would come tonight.”

“I didn't think Papa would want me to, but he's sleeping now anyway and... um...Frankie needs his car if he's to get home tonight,” she said nervously. “Remember, I had it today so...my uncle dropped him off here earlier and...um...anyway, I have some work to do that I shoulda done last night and...um...”

Read more »
Posted by Glorygarden@msn.com at Monday, January 11, 2016 No comments:

Email ThisBlogThis!Share to TwitterShare to FacebookShare to Pinterest
Labels: I love my Father

Chapter 286 Before the shit hits the fan 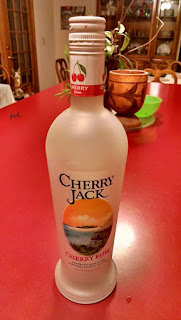 Simon stared mutely at Cassandra's father then gave Sophie a quick glance before turning back. “Pardon?” he said.
Despite his weakened state, Mr. Bellarosa forced himself into a sitting position then let loose a string of obscenities in Italian directed solely at Simon. Although Simon's grasp of the language was relatively good he had never heard most of those words. However, he got the gist.
“Excuse me... Sir,” Simon quietly said. “You don't know anything about me, so I'll thank you not to call me a dog... or wolf...yes, you said I'm a wolf devouring … I believe, a helpless lamb. I can only imagine you are talking about Cassandra, and if that's the case, you don't know your daughter very well.”
Mr. Bellarosa started to stand but then went into a couching fit.
“Oh, snap,” Richard urgently whispered to Sophie. “Baby, you better step in and stop this before the shit hits the fan...cuz it's about to get real nasty.”
Sophie stared from one to the other, not understanding what was happening—she didn't understand Italian, after all-- but she realized her father was right. Mr. Bellarosa was red in the face now, nearly coughing up a lung, and might at any moment stop breathing all together. She shook her head and stood up.
Read more »
Posted by Glorygarden@msn.com at Monday, January 04, 2016 2 comments: