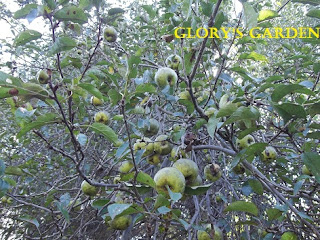 Victor stared at Sophie for a minute and said the first word to come to his lips. “Mercurial.”
“Huh?” Sophie said.
“You are nothing short of mercurial,” he said.
“Uh...” she said, frowning slightly.
“It means moody,” Ronnie said, who, unknown to the both of them, had been blatantly eavesdropping on their conversation.
Sophie, totally miffed about this, glared at him. “I know what it means!” she snapped, although in truth, she didn't. “And I'm not moody!”
Ronnie nearly choked on the Italian bread we had been munching on. “You're fricken kidding, right?” he said. “You've got more moods than Sybil.”
“Who?” she said.
Ronnie rolled his eyes. “Twelfth grade Humanistic sociology class. We watched the movie about a girl with multiple personality disorder. Her name was Sybil.”
“I don't remember that, and anyway being moody is very different than having multiple personalities,” she said.
“Not where you're concerned,” he muttered.

“Ronnie,” Victor said sternly. “Let's not be rude to our guests.”
“She's not a guest...more like a pest cuz she never goes home,” he said, regretting it the moment it passed his lips. “Kidding! I'm just kidding!”
“We should be getting home, Sophie. I'll help clean up first,” Violet suddenly sprung to her feet grabbing several dishes and headed to the kitchen with them.
“Nice going, asshole,” Sophie said through clenched teeth. “You know, for somebody who says he wants so much for our parents to get together you're not helping!”
“Me?” he shouted. “You're the one that's...”
“Guys, stop this, both of you,” Victor said, with an exasperated sigh. “Please do not do this. It's done, it's over.”
“But, Dad...”
“But you love each other...”
Victor held up his hand for silence. “None of that matters. If it was meant to be it would be, and as of right this moment it is NOT, so just stop with this infernal matchmaking. Know what I want for Christmas more than anything?”
Ronnie was afraid to ask, but not so Sophie. “A new wife?” she said.
“I want to be left alone. I want Cupid and his minions...” Here he pointed at the two of them. “... to get a life and leave me to mine. Got it? Ronnie, you supervise clean up and do NOT allow Violet to do so much as lift a spoon. Got me?” Victor said, standing and tossing his napkin onto the table by his nearly untouched food, before leaving the dining room.
“Got it,” Ronnie said, dejected. “This sucks.”
“Maybe we can...”
He glared at Sophie. “No, Dad said to stop it, so just stop, okay? Maybe it'll just work itself out...like he said...maybe.”
Sophie scoffed. “With these two stubborn mules? As if!”
“Well, we got no choice. Now come on and help me clean up. Maybe when they see us getting along like a family...”
“Yeah, like the Kardashian family...” she said.
“Like a normal family...” he said, grabbing plates and cups. “Which means bickering, fighting and joking around, too. Then maybe they'll get the idea all is good and they'll get together on their own.”
“You don't actually believe that will happen, do you?”
“I gotta believe it, cuz we got no choice,” he said and he went into the kitchen.
Sophie sighed and looked toward the other end of the table where Simon and Cassandra were so engrossed with each other they were completely oblivious to anything happening around them. She shook her head and took the remaining dishes, prepared to do exactly what Victor said.... Just leave it be.
Richard had other plans, though.
He tapped her on the shoulder and whispered in her ear. “Go in the kitchen and tell your mother she is needed upstairs right away.”
“But I can't. Mr. Romanoff said...”
“Since when is he in charge? Do you want to see your mother miserable for the rest of her life? Do you ever want to be with the one you truly love?”
“Huh? You mean Ronnie? But you said...”
“Do as I say and things just might work out for everyone,” Richard said.
“Really???” She said, and before getting an answer she hustled into the kitchen.

“Hey, where did everybody go?” Cassandra said, suddenly seeing they were the only ones left at the table.
“Uh...bedtime ritual I'm guessing and Ronnie's probably cleaning up with Sophie and Violet. Guess I should help, but I kinda don't want to,” Simon said, leaning in for a kiss.
Cassandra giggled. “I should be going home. My dad will be mad as it is, I've been gone so long.”
They left the table and went into the foyer where she put on her coat.
“May I come meet him?” Simon asked and at the horrified look on her face he added, “I said meet him not torture and behead him.”
“I...I know but...my aunt is there and uncle and cousins and more are coming in the next few days and...It's not a good time, Simon,” she said.
“Why do I get the feeling it won't ever be a good time?”
Cassandra looked down at her hands pulling gloves on them. “I hardly ever brought home friends...except for Sophie and... Never a boyfriend so...I don't know how my father will react.”
“Are you thinking he'll take up a rifle and blast me away upon first sight? Ask questions later?” Simon asked, smiling.
“Well...sorta,” she mumbled.
“You're kidding, right?”
She gulped and slightly shook her head. “Not so kidding.”
Simon stared at her. “Well...that's interesting. Violent man, your father?”
“No..., but...Maybe when I don't have so many relatives over...”
“And maybe he won't kill me when there are so many people around...he might not even notice me in the crowd. Ever think of that?”
No, she hadn't. “Um...maybe...maybe. I'll...I'll think about it and...and I'll let you know...okay? I'll call you tomorrow.”
He smiled again and nodded, but he had plans of his own.

“Violet, what are you doing?” Ronnie shouted, startling her so much she nearly dropped the dishes she was placing into the dishwasher.
“What does it look like, you goof?” she said, miffed.
“Do ya wanna get me in trouble with Dad?” he said. “I'm in charge of clean up today. You're a guest, remember?”
She made a scoffing sort of noise. “Since when has that stopped me?”
“Mom, you can't do that,” Sophie said, hurriedly coming in. “You'll get Ronnie in trouble.”
“What are you, my echo? I just told her that,” Ronnie said, grabbing an untouched meatball off of Georgiana's plate, stuffing the whole thing in his mouth.
“Hey, I was gonna eat that!” Sophie said.
“You snooze, you lose,” he said, chewing away.
“You pig!”
“I love it when you talk dirty,” Ronnie said, grinning.
Violet laughed. “You sound just like Rizzo and Kenickie ” she said.
“Who?” they said together.
“You know...Rizzo, she had hickies all over her neck and Kenickie was her boyfriend and...I never knew his first name, but anyway, he took a huge bite of a burger and she called him a pig cuz he was talking with his mouth full and...it's from Grease, the movie.... You gotta know it!”
Ronnie and Sophie exchanged puzzled looks.
Violet laughed again. “You two are so cute together, more like Sandy and Danny, though,” she said.
Ronnie and Sophie stared at each other silently wondering what the hell Violet was talking about.
“Anyway...Mom, leave that stuff. You have to go upstairs...they need you,” Sophie said.
“Who does?” she said, now humming one of her favorite Grease songs.
“Um...” Sophie said, silently asking Ronnie for help.
“Georgie, obviously,” Ronnie said, giving Sophie a go-along-with-it look. “You musta noticed she was really upset during dinner. She barely ate.”
“Yeah, she really needs someone...uh... like a mom to talk to, cuz...Mr. Romanoff is nice and all, but he's not a mom, ya know?” Sophie said.
“Oh, of course,” Violet said, a slight crease forming between her eyes as she wiped her hands on a towel and left.
“Dang, that was easier than I thought it would be,” Sophie said.
“You know my dad's gonna be pissed as hell at you for that...and me too!” Ronnie said.
“Not if they finally get together, so chill your pits,” she said. “Better help ya clean this mess or you'll be late for work.”
“Holy shit! I totally forgot I have work tonight. What time is it?” Ronnie said looking around for his phone.
“Eight.”
“That means I only got a half hour before I gotta go,” Ronnie said. "Your mom still didn't give me back my cell. Did you see it in her pocketbook when you got the credit card?”
“No, cuz I couldn't find it.”
“The credit card or my cell phone?”
“The whole pocketbook. She probably left it home. She does it all the time,” she said, picking up Georgiana's plate, eating the untouched spaghetti.
“Maybe it's a good thing we aren't really siblings,” Ronnie said, staring at her as she slurped a long strand of spaghetti leaving tomato sauce on her nose.
“Oh?” she said.
“Yeah, we'd constantly be fighting over the leftovers,” he said.
She laughed, but she sobered quickly. “Ronnie, can I go with you tonight?”
“To work? What the hell for?”
“Cassie said Frankie wants me to sing sometimes...why not start tonight?”
“But you don't got a band or anything.”
“You could bring a guitar and join me,” she said.
“I gotta help Frankie behind the bar, remember?”
“I'm sure he can give you a break long enough for a song or two,” she said.
Ronnie shook his head. “Don't think so, but you can go with Cassie...if she's going tonight. She might have to go home for family stuff. Can you finish cleaning up here for me? I gotta get ready to go.”
“Get ready? What do you gotta do to get ready to pour drinks for stupid kids?”
He grinned. “I can't go like this,” he said indicating his snug fitting t-shirt and tight, faded jeans. “Need to up my game or I won't get any tips...little sister!”
Sophie didn't exactly like him upping his game which was up enough to make any girl drool, thank you very much!
“Okay,” she grudgingly said. “Big brother.”
It was nearly enough to make her puke.