Chapter 278 That doesn't make any sense 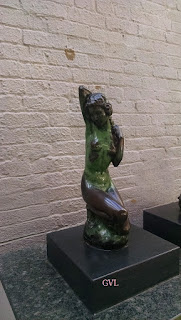 Ronnie gaped at Sophie shaking his head. “That can't be right, Sophie,” he said.

“Whaddaya mean?” she said. “That's what my dad told me. He wants me to stop getting in the way so my mom will marry your dad.”

“No, no way. That can't be what he meant. I mean...that doesn't make any sense,” Ronnie said. “You must've heard him wrong.”

“Hello! I was the one there, Ronnie, there with my ghost dad. I heard what he told me. He wants your father to marry my mother,” Sophie said. “I thought you'd be thrilled. Isn't this exactly what you've been whining about?”

“I haven't been whining,” Ronnie indignantly said. “But yeah, I do want them to get together, but what you're saying makes no sense.”

“What are ya talking about? Makes perfect sense!” Sophie said. “He said...”

“Listen to me for a minute. If your father is okay with Violet getting married, then why is he bothering to haunt her, huh?”

“What difference does that make? Haunting is haunting.”

“No, not really. If he was haunting her he'd be stopping Violet from marrying my dad.”

“What...ghosts only haunt you if they're trying to stop you from getting remarried? That's ridiculous!”

“What?” said Sophie frowning at him when his eyes glazed over and he stared into space.

“I remember now...” Ronnie muttered to himself.

Ronnie looked at her as if he'd forgotten she was still there. “My dad once told us that he thought Violet was being haunted by your dad...”

“That's what I've been saying!” she said, just barely refraining from rolling her eyes in exasperation.

“But he was joking. My dad doesn't believe in ghosts, but then Simon and I told him...my God, it might have worked...kinda.”

“What the hell are ya talking about?” Sophie said, staring at him as if he was speaking Greek.

“We told our father to have a ...a conversation with your dad and he must've, cuz...he must've convinced your dad that he really loved Violet and that he'd take good care of her and never let anything happen to her. He promised to keep her happy and well.”

“Don't you see? Your father was haunting Violet, before my dad spoke to him, but he's not anymore,” he said.

Sophie made a face. “Now you don't make sense! Didn't I just tell you he still is? He was there last night and...”

Ronnie shook his head. “No, he's not, not really. He's just...it's Violet. She thinks she still needs him so she won't let him go...that means he's stuck here on Earth... earthbound... bound to her, but he doesn't want to be and he can't leave. That's why he came to you for help. That can't be good for him, being stuck here instead of.... Poor guy,” he said.

“What... instead of what?” Sophie asked, ominously.

He looked at her sadly. “He ought to be in heaven, Sophie.”

“But...” She stopped, remembering her mother crying, resolute, as if she had no choice. “But Mom isn't..she wouldn't do that on purpose...right? Maybe she can't help it. Maybe...”

“I dunno, but I know Violet wouldn't do anything to hurt anybody, least of all someone she loved so much...not on purpose,” Ronnie said, suddenly feeling..well, it felt like a hand on his shoulder. He looked around curiously, but there was nothing there.

Well... not quite. Richard stood next to him, hand on his shoulder.

“You're not so dumb, kid,” Richard said.

“About time you admitted it,” Heidi said.

“When did you get here?” Richard said, startled.

“I'm never very far from where I have to be...I just don't make my presence known all the time,” she replied airily.

Richard gave her a wary look. “Think they know what to do now.”

“You think so, huh?” she said mockingly.

Heidi sighed. “They're teenagers...well, not technically anymore, but still, they are way too young to actually know what they're doing at any given moment, but for now they may have a plan or something like one. Though they probably don't know it yet.”

Richard made a weird face. “Now you don't make sense!”

“Richard, dear, according to you I rarely do.” Heidi smiled and drifted upward disappearing into the ceiling.

“Not sure that's the way to go,” Ronnie said cautiously. “I mean...she might just take it as you telling her what to do.”

“So, what are we supposed to do? Sit back and wait for my mom to wake up and suddenly realize she should...” Sophie sighed. “She'll never give up on my dad and he'll be earthbound forever.”

“I think she doesn't think she has a choice,” she said thoughtfully. “This morning she was upset, crying when I found her. She said, when I told her Daddy came to visit me, that he came to her too, but she wasn't happy about it...just kinda resolute. I couldn't see why. I thought maybe it's like...he's here, but not really, you know what I mean?”

Ronnie nodded. “It might be nice to see your dad again cuz you miss him so much, but at the same time...he's still not really alive so... what's the use?”

“Exactly! At first I thought it was awesome that he's a ghost. I could talk to him whenever he...” Sophie frowned. “If he ever showed up again. No, it's not any better...might be worse.”

“All we can do is try to get Violet and my dad together and see if sparks fly again.”

Sophie sighed. “But how?”

“They'll be together at the Christmas party, so...” Ronnie sighed too, his eyes landing on his music folder. “Most people fall in love and... I remember Violet saying her and your dad's song was a Prince song...When doves cry cuz it says in it...”

“Oceans of Violets in bloom,” Sophie said, smiling slightly. “I had to leave the room every time that song came on the radio. They got all kissy-smoochie and...totally gross for parents!”

Ronnie laughed. “Well, maybe we should find the song that's theirs...I mean my dad's and hers, their song,” he said, straining his brain to remember if they had one.

“Easier to find a needle in a haystack,” Sophie said. “My mom knows so many songs, more than half of them she absolutely loves... no discriminating taste at all!”

“I'm gonna have to ask my dad. I know he took her to Uncle Marcus' club in the city for his birthday so...”

“August, before Uncle Marcus met that daycare lady and married her. Can't wait to meet her. She sounds awesome.”

“She is. Aunt Jocelyn told me Marcus is gorgeous,” Sophie said.

“For a guy, I guess. Kinda weird that you call her Aunt Jocelyn and I call him uncle,” Ronnie said laughing. “Like it was meant to be or something. Kinda cool.”

Sophie stared at him. “Yep, meant to be...” she muttered. “Ronnie, Why didn't you take me with you to Danfords last night?”

“We didn't go to Danfords to hang out,” he said, exasperated.

“You mean you and Cassie?” she said, keeping the jealousy to a minimum.

“Yeah, of course. Only reason I went was to take her there, but we ended up staying....not hanging out!”

“I know. Georgiana said you got home very late,” Sophie said. “Were you singing again?”

“No, not at all! I was serving drinks,” he said, laughing.

“He didn't need a singer last night. He needed another bartender cuz his got hurt. She can't work for a while so he asked me to work for him until she can come back.”

He shrugged. “I don't mind. It was fun after I got the knack of it,” he said, consciously not mentioning the flirting girls.

“Frankie asked me to perform there,” she said.

“Only thing is I don't have a backup band or anything,” she said.

“You can call Palmer. You were singing with him before you joined Vance and the guys.”

“How about you?” she asked.

“We did okay together the other day...singing,” she said, looking up at him expectantly.

How he wished she wouldn't look at him that way! He shook his head. “Can't...I'll be helping Frankie.”

“You didn't have a problem with it last time!”

“Last time I was looking for you before you got raped!”

“I wasn't being raped on stage, was I? And you stayed through several songs, didn't you?” she said, shrewdly.

“Yeah, well...I couldn't just leave Vance and the guys when I said I would join them for their gig,” he said. “Even after I found you. Anyway, can't you get your own band to come for one gig? Everyone went wild with just you singing, so if your whole band came, Frankie could sell tickets and they'd sell out in like two minutes!”

“Hmm...” Sophie said taking her cell out of her back pocket. “Not a bad idea. I'd love you to meet them all. Maybe they could convince you to play one of your songs for them.”

Ronnie gritted his teeth. How he wished Georgiana had kept her mouth shut about his music.

Posted by Glorygarden@msn.com at Monday, October 26, 2015

Email ThisBlogThis!Share to TwitterShare to FacebookShare to Pinterest
Labels: That doesn't make any sense