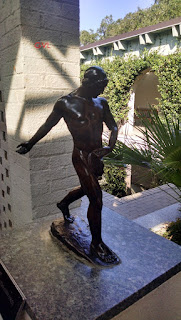 Simon cursed a blue streak as he tore apart—not literally, of course-- his father's truck, which for all intents and purposes was now Ronnie's ride. He was in search of his dimwitted brother's missing cell phone, getting increasingly frustrated with the fruitless chase. He looked in the front and the back cabs, under and around the seats, in each pocket and every nook and cranny—and this truck had far too many of them for whatever reason-- and all he found was: lip balm--cherry flavored, a week-old newspaper, a small bottle of hand sanitizer, several pens, a small notepad with random phone numbers in Victor's handwriting, insurance and registration papers stuffed into the owner's manual, a few gas receipts and in a hidden compartment his father's Sig Sauer  which Simon ought to remind him was still here before he allowed Ronnie to run heedlessly around all of Catalpa Valley and elsewhere with it, lest he be stopped and arrested for having it without a conceal/carry permit.

“Sonava...” he muttered as he crumbled candy wrappers-- snickers minis, his dad's favorite-- and stuck them in his pocket before getting out and slamming the door shut.

Unknown to him, a snazzy looking silver and black Jeep Wrangler had pulled into the driveway without his noticing it and it doubly surprised him to see Cassandra sitting in the driver's seat staring morosely at the steering wheel. His heart gave a grand leap upon seeing her again and he told himself to keep cool. His heart, however, refused to listen; it fluttered like a caged bird's wings trying desperately to escape.

He moved around to her side and when she still hadn't seen him, he lightly tapped on the window, obviously startling her, but when she saw who it was she smiled. What a smile! It sent an arrow straight into his already over-worked heart. Surely Cupid was having a huge laugh at his expense, but oddly enough, Simon didn't care much.

“You planning on just sitting there all day?” he asked, but she couldn't hear through the window, so he opened the door and held out his hand to her helping her out. “I was just going to call you...”

“How? You don't have my number,” she interrupted.

He couldn't think of anything else to say and apparently neither did she. She merely stared up at him with those wonderfully luminous eyes of hers, which was fine with him. He'd much rather just look at her. Of course kissing her crossed his mind too, although he didn't know if she would appreciate it.

He could never quite tell what she was thinking at any given moment. Did she like him, did she hate him? Who could tell? But she was looking too darn cute for her own good, Simon thought. She wore a pretty sky blue coat with a fur-lined hood framing her face so she looked like a snow bunny ready for skiiing...or for snuggling beside a roaring fire.

Nope, he couldn't resist it. He bent down and kissed her. He had just planned on a quick little hello kiss, but she stunned him when her arms went about his neck pulling him down, not letting him go . He suddenly felt dizzy drunk, and didn't care if he ever got sober again.

They might have stayed like that all day except that he felt her shiver in his arms. “You're cold. We should go inside,” he said.

“Simon, you idiot! Why aren't you wearing a coat?” she yelled, only then noticing he wore a thin sweater over an Oxford shirt.

“I was just out for a minute...looking for Ron's cell,” he said, grabbing her hand and tugging her up the walkway to the house.

“Why were you looking for it instead of him?” she asked.

“He said he left it in the truck,” he replied.

“I needed it to call you, but... you're here, so, don't worry about,” he muttered holding the door open for her.

Cassandra stood in the foyer looking around. “Really nice house,” she said, still huddled in her coat.

She nodded and he helped remove her coat, hanging it in the closet.

“If you're still cold I could make you a cup of coffee or tea or perhaps you'd prefer some hot chocolate?” he said.

“Ooh, hot chocolate would be nice! I didn't get a chance to have anything before I left the house,” she said.

“What...no breakfast? We can't have that,” he said taking her hand, leading her into the kitchen. “I'll make you another omelet.”

She giggled. “You don't have to do that, Simon,” she said, although she felt her stomach growl at that moment, so she wouldn't do anything so foolish as to refuse.

“So...sit down and relax while I work my magic,” Simon said.

“You're being awfully nice to me,” she said, sitting on a stool at the center island watching as he pulled ingredients out of the fridge. “If I didn't know better, I'd say you have an ulterior motive.”

“I'm pretty sure you're smart enough to figure it out on your own,” he said, chopping tomatoes, peppers and onions.

She sighed. “Pity it's all for naught,” she said.

He lifted his eyes from the cutting board and stared at her for a moment. “Why do you say that?”

She shrugged. “You know...” she muttered, but said no more.

“No, I don't,” he said, cracking three eggs into a bowl. “I hear you and Ron went to Danfords last night...without me. Could that be the reason?”

She stared up at him, blinking for a few seconds, her eyes slowly narrowing. “Yes, I went to Danfords. where I work with my brother. I asked your brother, my friend, to take me there. So what? Was I supposed to get your permission now too?”

“Get one thing straight, Mr. Pretty boy,” she said through gritted teeth, poking her finger at him with each word she spoke. “I have more than enough people telling me what to do and what I can't do. Do NOT presume I will allow you to join the crowd. Got me?”

“That's not what I'm doing,” he calmly said.

“Oh? That's exactly what it sounds like. Maybe you have me confused with Sophie who can't tell a control freak stalker from a best friend. I, however, am not that stupid!”

“I never said you were. I can tell you're a thousand times smarter than Sophie, so I know you would never be fooled by such tactics,” he said in a near whisper.

She glared at him, but his steady, unwavering gaze and soothing voice took away all traces of anger. “Okay, then...” she said uncomfortably. “It's just...”

“I understand,” Simon said, turning away to place a cast iron skillet on the stove top and adding a drop of olive oil, before going back to the chopping. “I don't know if it's me, or what I inadvertently say or how I say it or whatever it is that makes you like this, but...”

“I'm not....I just don't like being told what to do by people I barely know!” she said.

“Neither do you like it from those very familiar to you,” he retorted. “By your own admission.”

“Cassandra, I understand,” he repeated. “But I'm not your domineering, overprotective father and I'm not your controlling brother. I know you're unhappy in your situation and I would like to help.”

“By telling me what to do? Then you're no better than they are, so, no thanks!” she snapped.

“No,” he quietly said, turning toward the stove with the chopped veggies and dumping them in the heated pan. “By encouraging you to fight for your freedom.”

She made a derisive noise. “Easier said than done, Simon,” she muttered, wearily.

“Nothing worth having comes without a cost. If it's easily gotten then it is worthless,” he replied.

“But you don't know how they are.”

“No, I don't, but what I do know is people will take what they can get,” he said, dumping the beaten eggs into the veggie mix.

She had opened her mouth to argue, then slowly closed it again. He was right. Remarkably, she had never told her father how much she hated all his stifling rules and dominating ways. As a matter of fact, just this morning was the first time she even spoke to Frankie about it. So, how could she expect them to know how much she longed for some freedom?

“I'm not the enemy here, Cassandra. I am trying to be your friend, your ally. I want to be...more... if you'll let me,” Simon said, now standing in front of her, taking her hands in his.

She stared at him for a long time. “Why?”

“Why?” he said smiling. “You're a pretty intelligent girl, Cassandra. I think you can figure that out on your own.”

He then kissed her. “Now eat your omelet before it gets cold... if you don't mind my suggesting it. It's not a command!”

She grimaced. "Simon...I'm sorry I jumped all over you before,” she said, thoroughly ashamed of herself.

He smiled. “You can jump all over me any time you like... just as long as I can kiss you.”

She giggled. “You're gonna make me like you whether I want to or not, aren't you?”

“That's the plan,” he said and he handed her the fork.

Email ThisBlogThis!Share to TwitterShare to FacebookShare to Pinterest
Labels: I understand