Chapter 267 If you ever wanna talk 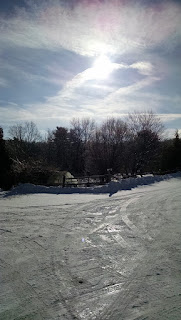 Ronnie was mildly surprised to find lights still on in the house when he finally got home around two-thirty in the morning, but he was stunned to find the door unlocked. Good thing that, because he didn't have his house keys with him and it would have been bad to have to wake somebody to let him in.

He expected to see Simon ready to pounce giving him the third degree, but at not seeing his dictatorial older brother, Ronnie breathed a sigh of relief, locked up and turned out the lights. Just as he was about to ascend the dark stairs to his bedroom he caught sight of lights gleaming from under the door of his father's den.

“He couldn't be up waiting for me,” he muttered as he walked down the hall. He knocked softly, then opened the door. He found Victor sprawled out on the leather couch his arm tossed over his eyes. “Dad? Why are you still up?”

Instantly Victor sat up. “Hey, wondered when you'd get home,” he said, blinking then glancing at his watch. He did a double take then looked up. “Bit late, don't you think?”

“Really sorry, Dad, but I had to help Frankie cuz his...”

“Okay,” Victor said. “Help this Frankie with what? Car trouble?”

“The bar where you found Sophie last night, where you were singing?”

“Yeah, that's it. Well, his employee broke her ankle on a patch of ice and she had to go home, so it was only him and the place was packed. He needed somebody to help him serve drinks. Oh, did I tell ya he's a vet who lost his arm in Afghanistan?”

“No,” Victor said, looking horrified. “You must have skipped that part.”

“Well, he is and he's super cool, Dad! So, you can imagine it's not that easy to serve drinks non-stop when you got two good arms and he's got only one real one and one prosthetic one. He does great though, considering. Cassie didn't know how to mix drinks so...um...I offered to help—mostly just pouring beer... and soda for the under-aged kids,” he said. “Sorry I didn't call, but I left my cell in the truck and anyway it was so busy all night I wouldn't have had time!”

Victor stared at his son, astonished. “So...instead of taking the girls home you went to a bar?”

“Not instead!” Ronnie said. “I took Sophie home and I was gonna take Cassie home but she said I could leave her at her brother's place cuz she does the books for him. Good thing we did cuz he was so happy to see us. The place was busting at the seams busy!”

“Yes, you already said,” Victor muttered. “Good of you to help out for the night.”

Victor curiously watched his son sit down on the coffee table in front of him. “What?”

“So...um...Frankie's gonna need somebody until his bartender is able to work again and he asked if I'd do it. He seemed to like me, said I did a good job,” Ronnie said, hurrying on, “I can still watch the kids during the day. It's only at night that I'd have to work. The kids will be in bed by then.”

“Ronnie, I'm sorry if you feel obligated to babysit. I didn't mean for you to...”

“I don't mind, Dad! They're fun kids,” Ronnie said and he shrugged. “Besides, Grandma's taken them half the time. She just loves them!”

Victor chuckled. “She still hasn't figured out they aren't truly her grandkids, huh?”

Ronnie laughed. “Pretty sure she knows and doesn't give a rip!”

“Yep,” Victor said. He stared at Ronnie for a good long moment. “So...this job...just until his bartender comes back?”

“I guess...although... Cassie was telling me Frankie might want me to sing there on occasion with the band, but...we'll see. Loads of people asked me if I was singing tonight cuz they heard me last night. I guess they were hoping I was a regular act, and...” Ronnie smiled and pulled out a wad of cash plus several small strips of paper.

“Where the hell did you get all that?” Victor asked.

“The money? Just tips. Frankie told me to take them all since I refused him paying me. I told him it was just a favor.”

“Well... a few girls gave me their numbers,” he said grinning sheepishly.

“More than a few I see,” Victor said.

“Yeah...I'm pretty sure some girls ordered drink just to talk to me. I thought Frankie'd be mad about all the flirting but...he was cool with it.”

“I guess. It was fun, though. Saw a lot of my friends from school and made new friends,” Ronnie said, stuffing the phone numbers in a pocket for safe-keeping.

“I'm glad you enjoyed yourself,” Victor said, then he turned serious. “Have you done any thinking about your future?”

Ronnie sighed. “It's all I've been doing, Dad,” he said, grimacing. “But I still don't know....do I gotta decide right now?”

“Depends. How long do you think you can hold your mother off without giving her some indication of your future plans?”

Victor chuckled and stood up. “Good luck with that, Kid.”

“Dad, are you okay?” Ronnie asked, standing up too.

“You mean besides needing a good night's sleep?”

“You seem down lately and...you look so...I dunno...worried about something. Is it about me? Cuz I'm not in school or anything?”

Victor shook his head. “Unlike your mother, I'm not worried about you. Well, not much anyway. I figure you'll find your way eventually.”

“Then what is it? Is it Violet?” Ronnie persisted.

“You and your brother...” Victor muttered, shaking his head. “You're two peas in a pod sometimes. He asked the same thing.” He switched off the laptop and turned out the light over his desk. “No, Violet has nothing to do with it.”

“Anything I can help with?”

“As I told your brother, no, but I do appreciate the thought,” Victor said, leaving the den, turning out the overhead light and closing the door behind them.

“Even if you don't think so, it could help just to talk about it,” Ronnie said. “I'm not as brilliant at Simon but I can listen. Don't gotta be smart for that.”

“I wish you'd stop comparing yourself to him negatively. You have talents, both of you are good at certain things,” Victor said. “And the most important thing is not necessarily being a genius.”

“Better not tell Simon that. Would ruin his world,” Ronnie said.

Victor laughed as he led the way up the stairs. “Well, good night, Ronnie,” he said, leaving Ronnie at his bedroom door and heading further down the hall.

“Hmm?” Victor said, turning around to face him.

“If you ever do wanna talk things out, you know where to find me, okay?” Ronnie said earnestly. “I can keep secrets, too...just in case.”

Victor smiled, warmed to the core with those heart-felt words. “Yeah, I know where to find you...either at the piano or flirting with girls at Danfords.”

“Love ya, too,” Victor said, closing his bedroom door.

As he readied himself for bed he wondered if he could confide in someone. Not his sons, though. They were too close to the situation, would get too emotional about it—even Simon he suspected-- and they couldn't weigh both sides evenly.

“But who then?” he whispered into the darkness as Violet's pretty face floated in front of his closed eyelids. “No, she'd be worse than the boys.”

“Dude, isn't it obvious?” Richard's voice spoke to him.

“No, not so much,” Victor said frowning at the ceiling.

“Who can you trust with your life?” Richard persisted.

“I can think of two...maybe three people.”

“But which one is close enough to see you first thing in the morning and look at things rationally and give you sound advice...as a loving father who is not on his honeymoon at the moment?” Richard asked. “Now is it obvious?”

“Yeah, it is,” Victor mumbled. “I'll call Freddy in the morning.”

“There's hope for you yet, Cowboy,” Richard said.

Email ThisBlogThis!Share to TwitterShare to FacebookShare to Pinterest
Labels: If you ever wanna talk