Chapter 263 A bit of relief 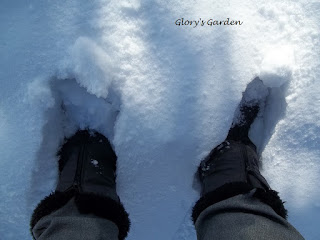 Victor was already on the road leading home when he remembered he wasn't supposed to be going home.

“Damn,” he said aloud, as he made a U-turn and went back to the highway heading to Meridale where the conservatory of Weston Botanical gardens promised a bit of relief from this miserable weather...and other concerns.

At least, that was the hope.

Forty minutes later, standing in a long line of cars trying to get into the packing area of the garden, he recalled the first time he brought Violet here and how that visit secured the dream job for her. He smiled sadly as the cars ahead of him slipped through the elaborately decorated wrought iron gates, inched passed the row of lit evergreens and bare-branched trees strung up with zillions of tiny, multicolored fairy lights.

You'd have to be a knuckle head not to be cheered by the sight...or a man with the weight of the world pressing upon his shoulders.

Once he got within a few feet of the packing attendant Victor lowered his window and motioned him over, showing him his VIP parking pass.

“I'm sorry, Mr. Romanoff, but they're all taken up already,” the harried looking man said. “There's not even one handicap spot left otherwise I'd sneak you in. It's the most crowded I've ever seen! You'll have to go to the over-flow packing. Really sorry. Anyway, Merry Christmas and enjoy the concert!”

Victor thanked him and returned the sentiment, forcing a smile he simply didn't feel. Would it be a merry Christmas this year? He wondered...

After another ten minutes he was at long last able to pull into the furthest most spot in the entire parking area.

“That's what you get for being so dang late,” Richard berated him. “Shoulda left the city earlier.”

Victor was too weary to reply, too exhausted to explain he simply did not have a choice. He pulled the keys out of the ignition, sighed deeply and just sat staring off into the dark.

“What the hell are ya waiting for, dude?” Richard asked, giving him a nudge on the shoulder, but his ghostly hand went straight through him. “They're waiting for ya!”

Victor then closed his eyes and did something he hadn't done in a very long time-- not since Violet became ill and his imagination conjured up all manner of deathly diseases which could have killed her. Not that it had mattered. After all, she broke things off with him then.

He spoke to God.

“I hate to bother you. There are far more pressing issues in this world which could use your attention,” Victor whispered to the seemingly empty car. “But, as you can clearly see, I'm at the end of my rope. I need help. I need guidance. I usually know what to do, but not this time. I just don't know what is right. If you could give me a clue... anything...I'd greatly appreciate it. Three lives hang in the balance...four if you count me, but don't. It's not about me or what I want. It's about what's best. Please help me to do the right thing, because doing the wrong thing...I don't want to think of the repercussions.”

Victor then drew a deep breath, wiped the wetness from his eyes and opened the car door, pocketing his keys and putting on the snazzy fedora Simon gave him for his last birthday.

“What the hell is he talking about?” Richard said, staring open-mouthed as Victor slowly moved through the extra two inches of snow which had just fallen within the last few hours.

“You'll find out soon enough, Richard dear,” Heidi sighed, lifting herself out of the car.

Violet bit her lip anxiously looking toward the doors at either end of the conservatory. Where was he? Ronnie had told her Victor would be coming; that she was to be on the look out for him so she could sneak him into the Music room, but the concert was already one third of the way through. It was a packed house, too, standing room only now, so he wouldn't even get a seat anymore. Wouldn't even be worth it for him to come at this point! Unless...

Violet couldn't hide it any longer, not even from herself. She wanted to see him, to talk to him. She missed him something dreadful. If he couldn't get into the Music room, he could stay out here with her and they could wander about the poinsettias, the holly strewn alcoves and flowerbeds full of fragrant Asiatic lilies and just talk...like they used to do. Unless...

What if he didn't want to? What if he was through waiting for her? Despite assurances from Ronnie and Simon that he was still in love with her, she had burned Victor once too often. Surely by now he was gun shy. He may have moved on, gotten a new love. With all these trips into the city, what else could she imagine?

Just as these morose thoughts brought her back down to earth, the door of the music room opened and out came Ronnie with Peter.

“Anything wrong?” she asked rushing to them.

“I gotta go potty,” Peter said in a whisper.

“I didn't think it was a good idea to let him go by himself, but they wouldn't let us out anyway, not until there was a break in the music,” Ronnie said. “They're kinda Nazis about it.”

“Yes, they are. You're a good big brother, Ronnie,” Violet said. “But I can take him. You go back inside, before the music starts up again and they lock you out!”

“You're awesome... Mom, thanks!” he said and went back inside.

“Have you liked the Christmas music, Peter?” Violet asked as they started down the path between the flower beds full of huge amaryllis flowers toward the restrooms.

“It's okay,” he said unenthusiastically.

“What's wrong, Honey?” she asked. “You look so sad. Santa won't be happy to see you frowning like that.”

“I sawed him today. Gramma and Grampa took us to the mall and we toll Santa what we wanted for Christmas,” Peter said.

“I toll him I don't want no toys. I just want Daddy to be home wiff us,” he said.

“Oh...well, he's just very busy right now, but soon he'll be around more, I'm sure,” she said. “You just have to have patience.”

“You said I had to have pay-shens last time and it took forever,” he whined.

Violet thought back. When had she told him that? Oh, yes! “You mean, when you wanted Victor to adopt you? Well, it worked out, didn't it? He is your daddy now.”

“Yeah, but he said I gotta have pay-shens so you can be my mommy, too, and you're still not!”

Oh, snap! With a grimace, Violet did some quick thinking. Of course, it was best not to lie to him, to simply speak the truth, no matter how painful.

“You mean you're never gonna be my mommy?” he said, his thin chest heaving, big fat teardrops forming in his huge blue eyes.

“Oh, Peter,” she stopped, dropping to her knees and she threw her arms around him. She held him for several minutes. “I'm sorry, Peter, but things are not as easy as...”

“Daddy!” Peter suddenly yelled in her ear and pushed out of her embrace.

“Peter!” she called after him, but he ignored her. He ran full out down the long walkway, weaving in and out of slow going people until he reached Victor.

She turned in time to see Victor catch the boy in a flying leap, wrapping his arms around the tiny boy. She could see him smile and she smiled too. Those two obviously loved each other very much. She might have left them to themselves had she not been so eager herself to see Victor.

Without being seen, she stealthily maneuvered past Mrs. Tanenbaum and Mr. Van Furstenburgh who came to the garden nearly every day, come rain or shine, turtle-speed slowly walking arm in arm all the way around the conservatory at least five times before sitting by the waterfall and chatting about days gone by for another two hours. Usually Violet stopped to chat with them, but not today, not with Victor here, so close.

Victor was still hugging Peter tightly when she got within earshot. You'd think he hadn't seen the boy in weeks, but surely this wasn't the case...or was it? Ronnie had mentioned him working rather much lately and getting a closer look at him, Violet could tell it was wearing on him. He looked ten years older than when last she saw him. Was the pressure of being a single dad getting to him or was it something else, something she couldn't imagine?

“Daddy, you're here! I missed you, Daddy,” Peter said, squeezing Victor around the neck.

“Peter, my good boy,” Victor said, hugging the boy just as tightly. “I missed you, too.”

“I have to sometimes, Buddy, so I can't promise...” Victor said. It took a while for it to dawn on him. “Peter, what are you doing all alone? Where's Ronnie and Marty?”

“They're listening to music. I gotta go potty,” Peter said.

“But you shouldn't be alone. Bad people could steal you away...very bad people,” he muttered angrily.

“I'm not alone. Violet's back derr,” Peter said, pointing behind them.

Violet smiled and waved when Victor saw her, but it faded when he didn't smile back. “Hello, Victor.”

“Hello, Violet,” he said formally, then turned back to his son. “Peter, why did you run away from Miss Violet?”

“But you did and you shouldn't have. I already explained to you the danger,” Victor spoke harshly, but he hugged him again. “I'd go mad if anything happened to you.”

“We...we were just going to the restrooms, and he spotted you and... He wasn't out of my sight for a moment, Victor. You must know I wouldn't allow anything to happen to him,” Violet said.

He stared at her for a long moment, debating whether to ask her about...but he decided not to. He gave a quick nod and quietly said, “Thank you, Violet. I'll take it from here.” He turned toward the restrooms and took the boy with him.

Thoroughly dejected, Violet went back to her place in front of the door leading to the conservatory's music room, her aching heart mangled and bleeding on the marble tiles at her feet.

Email ThisBlogThis!Share to TwitterShare to FacebookShare to Pinterest
Labels: A bit of relief