Chapter 259 Get Some Attention 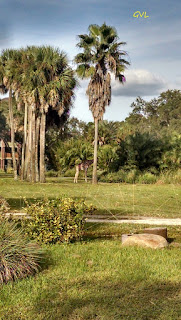 “Seriously, what is wrong with those two?” Simon said, shaking his head as his brother and Cassandra delighted in the now wide awake and wiggling, cooing baby.

“Tell me 'bout it. You'd think it was their own baby!” Sophie said, grumpily. “Maybe if I strap on a diaper and drool a bit I'll get some attention around here.”

Simon turned his gaze on her. “Jealous are we?”

“You tell me,” he replied, turning the chess board around and playing the white pieces, which were supposed to be Cassandra's.

“Are you cheating so Cassie loses?” she said.

“Isn't it obvious she's done playing with me?”

“Don't sound so surprised,” she said, turning the board around again so she could study the pieces. After a moment she moved a pawn. “Check.”

“What!” he said, frantically surveying his King and where he could be in trouble.

She burst out laughing. “Kidding! Just want to keep you on your toes.”

“Almost gave me a heart attack,” he muttered. After a moment he moved one of his Knights and captured a white pawn. “So...”

“Si...” she replied, sliding the Queen and taking down his rook.

He gave her a weird look.

“I thought we were saying the first syllables of our names,” she said, smiling impishly.

“I think you're annoying,” he replied, taking another white piece.

“I meant, don't you think you're cute, cuz, well, you are...in an annoying sorta way,” she said, taking his knight.

He frowned. She was not as dumb as he thought she was. “Here I thought you were just being conceited,” he said, taking his time before making his next move.

“I get that a lot. Even Ronnie said it and he doesn't think I'm annoying,” she said.

“Sure about that?” he said, cornering her queen while taking a pawn.

“That he thinks I'm conceited or doesn't think I'm annoying?” she said, moving her Queen out of danger. “I think that's check...like for real this time.”

“What?” he said, frowning at his king who now was in serious danger. “Shit!”

She giggled and watched him glower at his pieces as if it was their doing. “You take things too seriously, Simon.”

“And you don't take them seriously enough,” he countered, rescuing his king and taking her queen in the process.

“How so?” she asked, moving her remaining bishop to some random spot on the board.

He sighed. He had only just noticed that his queen had been in danger and he wondered how she could have missed it. He was glad just the same and took her bishop. “Your choice of majors for one,” he said.

“Which I've already explained I knew was a mistake. After my dad died I didn't care about anything...least of all my major or even college itself,” she said. “If someone had suggested backpacking through Europe I might have done that..just to...forget.”

“Don't think Violet would have liked that,” he said.

“My king's not in danger,” he snapped.

Dang it, how had he missed that? He was not paying close enough attention. He remained silent as he studied the board.

“What was I saying? Oh, yeah, Mom after...” she said sighing deeply. “She was pretty bad that summer...lost about twenty pounds and she's so little she can't afford to lose that much. Making herself sick, but I wasn't much better I guess. I had to leave home and do something, anything just to stop thinking about....”

Simon smiled and made his move. “Check.”

“Hmm...yup,” she said, looking carefully at the board, but she made no move to correct this situation.

“It's not checkmate, just check,” he said.

She shrugged. “What's the use? You'll only chase my king around for the next ten minutes until you get him. I don't care if I win or lose and it seems to be the only thing you care about so...you win. Congratulations.”

He frowned at her. “I never took you to have a defeatist attitude,” he said, resetting the chess pieces in their proper starting positions.

“When it's something I truly care about, nothing can stop me,” she replied taking the rook in her hand, examining it. “What are these made of? It's not plastic like the ones me and Kenny played with back in the day.”

“The white pieces are ivory, the black, marble I believe, perhaps ebony. This is an antique set my maternal grandfather left to my dad when he died,” he said.

“Elephants had to die to make these?” she said, horrified.

He smiled. “They didn't have to die, but as this was nearly two hundred years ago when these pieces were made...pretty sure the poor elephants from whose tusks these were fashioned are long gone anyway.”

She grimaced and set the rook down. “I suppose it's like crying over a mahogany desk.”

“You know...if you're a tree-hugger...no use crying over furniture made from a dead mahogany tree. At least it's still living on...kinda.”

He burst out laughing. “I guess so.”

She stared at him for a moment. “You don't like me very much, do you?” she said.

His smiled faded. “Why do you say that?”

She shrugged. “Maybe you just don't like anybody,” she remarked thoughtfully.

“Or perhaps that's just the perception,” he replied.

He took a long moment to answer. “You tell me.”

“You never answer a question directly.”

“Not if I can help it. Learn so much more that way.”

“People who like playing mind games do it to feel superior.”

“Or because they are superior.”

“And you have the audacity to call me conceited?” she said with a laugh.

“Then maybe we're not so different after all,” he said.

“I never said we were different...just that you don't like me,” she said.

“Does it matter one way or the other?”

“If we are to be...” she closed her eyes for a brief moment and drew in a breath.

“Family?” he finished for her.

She opened her eyes to meet his icy blue gaze. “I'm still not convinced it'll happen, you know.”

“Neither am I, but at least I want it to happen, very much so,” he said.

“Not unless your father's ghost leaves your mother for good.”

Just as she was starting to like him—ever so slightly-- he had to go and say the wrong thing. “What is it with you and Ronnie? You seriously are telling me you believe in ghosts?”

He leaned forward and nodded. “I certainly do.”

She gaped at him, stunned and angry. “I thought you were so damn intelligent,” she snapped. “You keep telling us you are.”

“I don't suppose you'll believe me if I told you I actually saw a ghost, talked to one?”

“You talked to my father's ghost?” she said, skeptically.

He shook his head. “I never said it was your father's ghost. I think only Violet sees or hears him. I saw my grandfather. I didn't know he was a ghost...I was very young. I didn't even know who he was until I saw him in an old photo album. You see, he had died years before I was even born, but he came to me while I was playing in Central park. I just thought he was somebody's grandfather and that he took a liking to me. I'll never forget. He told me all sorts of things about my father, things that I never heard from anyone else, that I couldn't have known, unless I was getting this info from...beyond, but no one believed me.”

“Think so, huh?” he said, leaning back, stretching his long legs out. “Then I won't bother telling you about the people I see and work with in the mental institution. Some of them shouldn't be there at all, but no one believes them when they say they see...”

“Dead people? Yeah, I saw the movie. It's called psychosis in real life, Simon, you ought to know that. It's all in their heads, their mentally troubled heads!”

He sighed, shaking his head sadly. “Ye of little faith. If you saw these people, you might think differently, Sophie, but no matter. Believe it or not. Point is, your mother told me she feels your father's soul or spirit still around her, and until she can let him go...well, if she ever can, or he releases her, nothing changes, but that's what you want, isn't it? Violet alone in this world, in perpetual mourning for your dad. What a great life that is...Not.”

He smirked as he watched her stomp away and drop onto the sofa. “What a pleasant little sister she's going to be...not!”

Email ThisBlogThis!Share to TwitterShare to FacebookShare to Pinterest
Labels: Get Some Attention