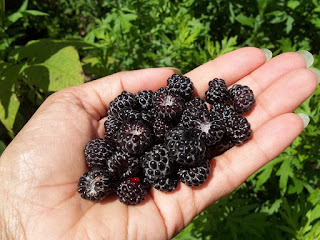 “Are you sure you've had enough?”

Sophie looked up and smiled at Simon's scowling face. “For now,” she said, savoring the last bite of a delicious apple crumb cake.

“Don't know how your parents didn't go broke feeding you,” he muttered, looking at all the empty dessert dishes in front of her.

“They managed,” she replied. “And don't worry, Simon. I'll pay for my lunch so your mom doesn't go broke now. So you won't have to quit med school or work your way through school. Happy now?”

“I'm already working through school, for your information,” Simon retorted.

“Hmm...never woulda guessed it,” she mumbled.

Catherine chuckled. “Victor pays for school, but I've had to feed Ronnie for nearly twenty years and I still can afford the best,” she said, pointing her Prada-clad toes and admiring how sexy they looked. “If he couldn't manage putting us in the poor house, I doubt you could during one lunch, Sophie.”

“Doesn't look like Ronnie eats that much,” Cassandra said.

“What?” Ronnie said, without looking up from his phone where he had just received a text. “What did I do?”

“Ronald, you know how I feel about phones at the table,” Catherine said, irritably.

“What else?” Ronnie said with a shrug. “Wants to know how the kids are. He always thinks they'll be too much trouble for me.”

“Can't be too tasking for you since you pawned them off on Grandma,” Simon said.

“I didn't! She stole them!” Ronnie said, typing away. “He says he might be done early. Good, cuz Dad's been working too hard.”

“But he'll find an empty house,” Cassandra said. “We'll all be at Weston tonight, remember?”

“Oh, right!” Ronnie said, typing another response. “Maybe he can meet us there.”

“Working too hard? What has he been doing?” Catherine asked, frowning into her coffee cup.

“Um...some case that's been giving him trouble. He doesn't talk about it,” Ronnie said, at last putting the phone away. “Hope he can make the concert. He needs a break. Are we done? Can we go?”

“Yes, I think we better go. They ran out of food in the kitchen, I'm sure,” Cassandra said, giggling.

“Well, I'm playing babysitter again so might as well start now,” Ronnie said, taking the stroller away from his mother.

“Ronnie, are you quite sure you can handle Andrea?”

Ronnie sighed. “Yes, Mom. I've been taking care of Dad's kids all week and they're still alive and well.”

“She is just a baby and your new brothers and sister are much older and more independent,” Catherine said, anxiously.

“Relax, Mom. I've handled babies, too, before,” he said, holding the door open for the girls.

“Oh, really? When was this?” Simon asked.

“I have friends who already have babies,” Ronnie said. “Belinda Manning has a baby boy, Melissa Davis had a girl, but she gave it up for adoption and Jake Wilson and Helen Carmichael got married right out of high school and they now have little baby Kelly and they made me her Godfather. She's so cute!”

“Do you mean friends you went to school with already have children of their own?” Catherine asked, aghast. “What about school and...”

“Not everybody goes to college, Mom,” Ronnie said, glowering at his brother. “And they're not stupid. Jake is working with his dad in their hardware store and they're planning on opening a second one soon which Jake will run by himself. He's doing really well.”

“My dad used to love their store...always could find what he needed there. Noreen Holder had a kid too recently, didn't she?” Sophie said, casually. “ And Tim Goodall's girlfriend...don't remember her name. You know who I mean, Cassie?”

“Sheila Lawson,” Cassandra said, casting a furtive glance toward Catherine. “I don't know if they kept their babies.”

“Know about them, yes. Use them...um...maybe not so much,” Cassandra said.

Catherine stared daggers at her then at Ronnie. “Don't you dare have unprotected sex! Do you hear me? I swear I will kill you if you make a baby before...”

Ronnie gaped at her for a moment, horror-struck, then shook his head, drew a deep breath, and unsnapped the baby's car-seat up off the stroller. “Geeze, sorry I said anything,” he mumbled, starting toward the car. , “Mom, I just meant I can be trusted to babysit cuz I've been around a few of them. Ya just gotta trust me that I know how to handle a baby. ”

“If it makes you feel better, Mrs. Delaney,” Cassandra said. “I'll be right there in case anything happens. I'm a top-notch babysitter. Ask anyone!”

“Well,” Catherine said, her reluctance abated slightly. “I suppose that would be fine. Just call if...”

“Seriously, Mom?” Ronnie said, obviously offended. “You're fine with Cassie who you barely know watching the baby over me? Your own son?”

“I dunno...Sounds kinda sexist to me,” Sophie said, trying to hide a smirk.

Catherine rolled her eyes, then sighed. “Fine, whatever. Just make sure you call me if anything happens. I expect Andrew will be done in an hour or so and can come by and ...”

“You don't expect Andy to be in any shape to watch the baby after he's had anesthesia, do you?” Ronnie said. “You know he can't handle that stuff. He'll drop her, or fall asleep and not hear her cry or...anything can happen!”

“Yeah, he shouldn't even drive home, Mom,” Simon interjected. “Does he need a ride from the dentist?”

“No, his friend Jeremy will be getting him, but I see what you mean,” Catherine said, pursing her lips, thinking. “I won't get out of the meeting til very late in the afternoon...”

“Aren't you going to the Christmas concert tonight?” Cassandra asked. “We can meet you there.”

“Keep the baby for all that time?” Simon ominously said, looking at the peacefully sleeping baby as if it were a cobra ready to strike.

“What do you care?” Ronnie said. “You'll be shopping with the girls.”

“Well, what about me?” Sophie whined.

Cassandra grinned. “You can go shopping with Simon...since you hate babies nearly as much as he does.”

Sophie made a face as she turned toward Simon who didn't look any happier. “I don't think so,” she muttered.

“I agree,” he said. “Possibly for the first and only time.”

Catherine threw her hands up in the air. “I have to go or I'm going to be late! Fine, we'll meet you at Weston. God help my baby!” she said carefully avoiding the patches of ice all the way to her car.

Cassandra giggled. “I like her!” she said, hopping into the backseat next to the baby. “I dunno why you said we wouldn't.”

“That just proves you're weird,” Ronnie said, sitting next to the baby on the other side, making certain the car-seat was properly secured.

“I don't think so, sister. That's my seat,” Sophie said, jerking her thumb at her friends, motioning her out.

“And what if the baby wakes up and starts crying, huh?” Cassandra said, getting out again. “Ya gonna smother her with a pillow or something?”

“You better be kidding. This is my little sister, you know!” Ronnie said, none too happy.

“And haven't you been saying the same about me?” Sophie countered. “Never heard of sibling rivalry?”

“We live it everyday,” Simon mumbled as he started the car and headed out of the parking lot. “Cassie, are you...”

“Cassandra to you,” she said.

Simon ground his back teeth for a moment then continued. “Cassandra, are you seriously passing by the chance to go shopping for a stint at watching a sleeping baby?”

“Your mother asked me to,” she replied.

“No, she really didn't,” he said. “You volunteered, and you don't have to. Ron can handle it perfectly well without you.”

“Really, Cassie, you don't have to,” Ronnie said.

“Are you saying you don't want me around anymore?” she asked. “You want me to go home?”

“No! Not at all,” Ronnie said. “We all like hanging with ya, but it's just gonna be boring.”

“Doesn't have to be. We can play games while the baby's sleeping,” Cassandra said.

“What? Chutes and ladders?” Simon scoffed.

“I use to play a mean Chutes and ladders with my dad,” Sophie said, her smile slipping as the memory threatened to consume her.

“I meant Monopoly, chess or cards,” Cassandra said quickly. “Or we can just watch TV.”

“What joy is mine,” Simon muttered, driving home and wishing he was back at school.

Email ThisBlogThis!Share to TwitterShare to FacebookShare to Pinterest
Labels: You've had enough