Chapter 257 What are you talking about? 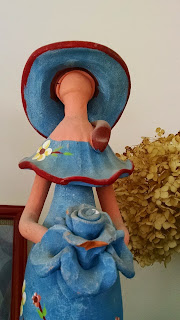 “What are you talking about, Ronald?” Catherine said. “My mother loved Morris before what?”

“Before Halloween, of course,” Simon interjected, sending a warning glance at his brother.

Catherine looked from one boy to the other. “What aren't you telling me?”

“Uh... nothing,” Ronnie said, motioning the waitress to come over. “What kinda dessert do you want, Sophie?”

“What do they have?” she asked.

“One of each,” Sophie said.

“Come on, be serious,” Ronnie said.

“One. Of. Each,” she repeated just as the waitress came. “We can all share just as long as I get to try them all.”

“You mean eat most of them,” Cassandra said, grinning across at her.

“You're crazy, you know that?” Ronnie said.

“My mother's first love was my father,” Catherine said, once the server-- shaking her head incredulously as she scribbled ALL on her notepad-- was gone.

“Did your grandmother say otherwise?” she snapped. “Ronald, tell me now!”

“Mom, what time is your meeting?” Simon interrupted. “We should get going if...”

“Okay, tell me now or else,” Catherine said. “When did my mother meet Morris?”

The boys exchanged looks then sighed. “Remember when Gramma had the heart attack?” Ronnie said.

“Of course I do, but they couldn't have met at the hospital,” she said. “She was only there for two days and she had a private room.”

“What? Morris came over to help you lift her furniture up the stairs?” Catherine said, sarcastically.

“No, but Violet made dinner for us that first night and she invited Morris cuz...um...” Ronnie looked to Simon for help.

“They are of similar age after all and...”Simon said. “She thought they might get along.”

“And they did...after a while,” Ronnie said.

“One dinner and just like that she up and elopes with the old geezer?” Catherine shrieked. “Granted he's rich but...”

“I don't think we can call Grandma a dinner whore,” Simon said, irritably.

“They knew each other from back in high school,” Ronnie said.

Catherine frowned. “Really? Oh, well...that may be, but it's not like they were... dating or anything... right?”

“Think you should ask Grandma about that, Mom,” Simon said evasively.

“Yeah, she knows the story better than us,” Ronnie said.

“What story?” Catherine asked, grinding her back teeth. “Tell me.”

“Nothing much...just...they were high school sweethearts, Mom, but his family was rich and Grandma was not so...” Ronnie said.

“They were not permitted to marry so they broke up,” Simon added.

Catherine gasped. “You mean they were that serious...before my father...oh my God...” she said, clutching at her heart. “When were they together? What year?”

“Mom, you don't have to worry about your paternity if that's what you're thinking,” Simon said. “Morris went off to the war right after that and was missing in action or something for some time. Grandma met your father before Morris got back. She fell in love with your father and never saw Morris again."

“Sounds like a cool story,” Cassandra said. “Long lost lovers getting back together after... what? fifty years? Pretty awesome!”

“Yeah, well, it's obviously a bit upsetting to my mother,” Simon whispered before deliberately changing the subject, turning it around to Victor's upcoming Christmas bash.

“Oh, that sounds like fun,” Cassandra said. “Not as much fun as the Halloween party maybe, but...”

“I'm sure it'll be great,” Ronnie said. “Grandma's inviting the same bunch of people. Mom, will you and Andy be there?”

Catherine came out of her reverie with a start. “What? Oh...your father's Christmas party...yes, I suppose so.”

“Do you think your dad would mind if you brought Cassie, Simon?” Sophie asked.

“Couldn't see why he would,” he replied turning to Cassandra. “Would you like to come? The party's on Christmas Eve.”

She shook her head. “I don't think so. We have loads of family and we all get together for Christmas and on Christmas Eve there's midnight Mass.”

“You could come for a little while before midnight Mass, can't you?” Simon persisted.

Cassandra smiled but shook her head again. “My family would be scandalized.”

“I think you can, Cassie. Your dad will be okay with it for just a little while,” Ronnie said. “It'll be fun.”

She looked around and everyone could tell she wanted to say yes, but she shook her head again.

“I'll ask your dad myself,” Sophie said, just at the server came to the table with two others, each of them carrying huge trays of desserts. “He can never say no to me.”

“Can anyone?” Simon asked.

Sophie smirked and stole a glance at Ronnie. “So far only one, but I'm working on that.”

Ronnie's heart skipped a beat. “I call dibs on the chocolate pudding!” he said and under his breath he muttered, “God help me.”

Email ThisBlogThis!Share to TwitterShare to FacebookShare to Pinterest
Labels: What are you talking about