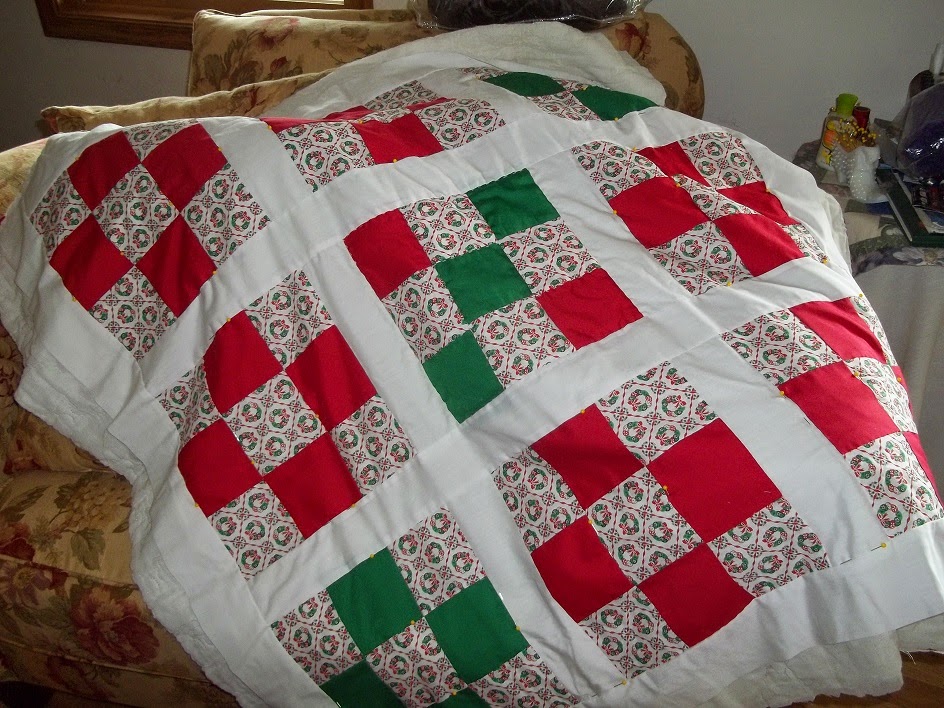 “Thought you guys were done with your tree already.”

Cassandra's voice, so low and soft, didn't startled them as Simon's loud and sharp voice would have done. Both Ronnie and Sophie turned and smiled.

“Yeah, but you were taking your sweet time and all...” Sophie said.

“And breaking my mom's favorite ornaments,” she said exchanging a grin with Ronnie. “That we had to do something or die of boredom.”

“With elopement plans or making out?” Ronnie asked.

Sophie laughed. “Surely not making out! You can never get enough of that.”

Cassandra turned red while Simon ground his back teeth in silence.

“So, are we ready to go do some Christmas shopping?” Sophie asked, putting the last bauble in place.

“Change of plans,” Simon said, his expression one of annoyance.

“Mom just sent me a  text. Wants to meet us for lunch,” Simon said, an evil smile starting as he watched the blood drain out of his brother's face.

“Uh...we...uh, you did tell her we have plans, right?” Ronnie said anxiously. "We promised to take Cassie Christmas shopping."

Simon shook his head. “Mom was rather insistent.”

“How insistent can a text be?” Sophie asked.

“You don't know our mother,” Ronnie muttered, his heart falling somewhere around his navel.

"You see, it's a bit like being summoned before a queen and you can never say no to a queen...and live to tell about it, that is," Simon said.

“What does she want?” Ronnie asked.

Simon shrugged. “Might be she's ticked off you haven't been to see her. I had the excuse that I only just got back home, so she didn't lay in on me yet...but that can change at any moment,” he said, sardonically.

“Whaddaya talking about? I was just there yesterday delivering the stupid Christmas tree!” Ronnie said.

"Yeah, because you had to go, not because you wanted to see her. You know that matters to Mom. If not that...then I have no idea, except...you never told her yet, did you? Somebody must have ratted you out,” Simon said, smirking.

“Told her what?” Sophie asked.

“'Course not. I would have done it yesterday, soon as I found out,” Simon replied.

“Too late. Already confirmed we'd be there in twenty minutes. Man up, Ron. She has to know sometime, might as well be today,” Simon said, carelessly.

“Oh, Ronnie...but...it's your mom, don't you wanna see her and tell her what happened?” Cassandra said. “She'll understand.”

“You would think so, Cassandra, but like Ron said, you don't know our mother,” Simon replied.

“I wish I still had a mother to avoid,” she said, irritably.

Simon frowned and only just realized Cassandra had never mentioned her mother, only her father. “Your mother...is...”

“She died when I was three,” she said. "So, I never really knew her and I certainly don't remember anything about her."

Ronnie nodded and looked at the girls. “Guess we can drop you guys off at the mall first,” he said.

“What? We don't get to meet your mom?” Sophie said, indignant. “Don't you wanna tell her about the elopement?”

Cassandra gasped and shook her head vigorously. Simon on the other hand, scowled.

Sophie laughed. “Yeah, if I must...would be fun though.”

“Um...let's go then,” Ronnie said, moving into the foyer.

“Should be upstairs in the room you slept in,” Simon said. “Over the desk chair.”

Cassandra stared at him. “How would you know?”

“Because that's where I put it when I took it off of you last night,” he answered.

She gasped. “What else did you take off of me?” she shrieked, recalling vividly that she awoke wearing only a long night gown.

"Kinda wrong there since you carried her upstairs," Sophie said.

Cassandra glared at him and stomped up the stairs with him explaining himself as he followed.

“Perhaps I should have told her that she started it,” Sophie mumbled.

Ronnie laughed as they went about putting on coats until he saw her shoes.

“Seriously, Sophie?” Ronnie said watching her slip her feet into the same high heeled sandals she wore the previous night. “Don't you have some sneakers or boots or something?”

“No, I don't. Everything I have is still packed away and really only good for Florida,” she said, slipping on her mother's peacoat. For some reason she couldn't find any of her winter stuff. Then it occurred to her that the teenage mother Ronnie spoke of might have taken them all.

“You're gonna slip and fall all over the place,” he said. “You'll break your neck!”

“Then I'll hold on to you...big brother,” she said smiling up at him.

He shook his head. “At least I know now what to get you for Christmas,” he muttered.

“Are you really thinking of getting a present for me?” she asked, insanely delighted with the idea. “You don't have to, you know. We're not related yet. Besides, the only present I want from you is...”

“Shut up, will ya?” he said, opening the front door until he realized the others weren't back yet. “You guys coming or not?”

“Here we are!” Cassandra shouted running down the stairs, coat in hand. “Couldn't find my boots.”

“On the other hand,” Ronnie said, helping Sophie into the truck. “I have no idea what to get for a future-sister-in-law.”

Ronnie laughed. It would be very nearly the last time he did.

“Omigosh, is that your mother?” Cassandra asked.

“None other,” Simon said, watching his eagle-eyed mother across the room rise from a table set for three, a state-of-the-art baby stroller beside her.

“She's absolutely the most beautiful woman I've ever seen,” she gushed.

“Yes, she is and the worst part is she knows it,” he retorted.

Little Andrea stared up at him flaying her tiny arms about jerkily, then smiled and let out a tiny squeal.

“I had to bring her. Andy is at the dentist because a filling fell out,” Catherine said, staring with undisguised venom at the two girls coming in with her sons.

“Oh, what a darling baby!” Cassandra said. "You never said you had a baby sister too."

“This is our newest little sister Andrea,” Simon said, kissing his mother's cheek. “Mother, I hope you don't mind. We've brought some friends with us.”

“We promised to take them Christmas shopping today..until you called,” Ronnie added, hoping that would help them get out of this.

Catherine cast critical glances at the two girls and forced a smile. “We'll need a bigger table,” she said to the hostess and they all moved a few tables back. She seated herself first at the head of the table, motioning the boys to sit on either side of her as only a regal queen could, and the girls took their seats across from each other beside the boys.

“It's so nice to meet you, Mrs. Delaney. Oh, you're married to Coach Andy,” Cassandra said. “He was always... nice. Remember, Sophie?”

“Yes, I do. Really nice...Cute too,” Sophie said, and they both giggled.

“Nothing,” Cassandra said, giving Sophie a warning look as she took the menu from the hostess.

“Cassie just had a huge crush on him,” Sophie said, smirking, as she also took a menu.

“Sophie!” Cassandra said, hiding her rosy face behind the menu.

“Oh, relax. You were eight years old and he was super cute,” Sophie said. “We all had a crush on him.”

“Can't believe this...crushing on my step-father,” Simon said, ever so amused and a tiny bit creeped out. “Wait til I tell him.”

“Simon, please. You're just teasing me. You wouldn't really, would you?” she said anxiously. "It's so embarrassing!"

He laughed and whispered something in her ear so no one else could hear.

Catherine was not amused.

*You say the sweetest things, Simon.

Email ThisBlogThis!Share to TwitterShare to FacebookShare to Pinterest
Labels: Taking your sweet time