Chapter 248 The Nice guy gets the girl 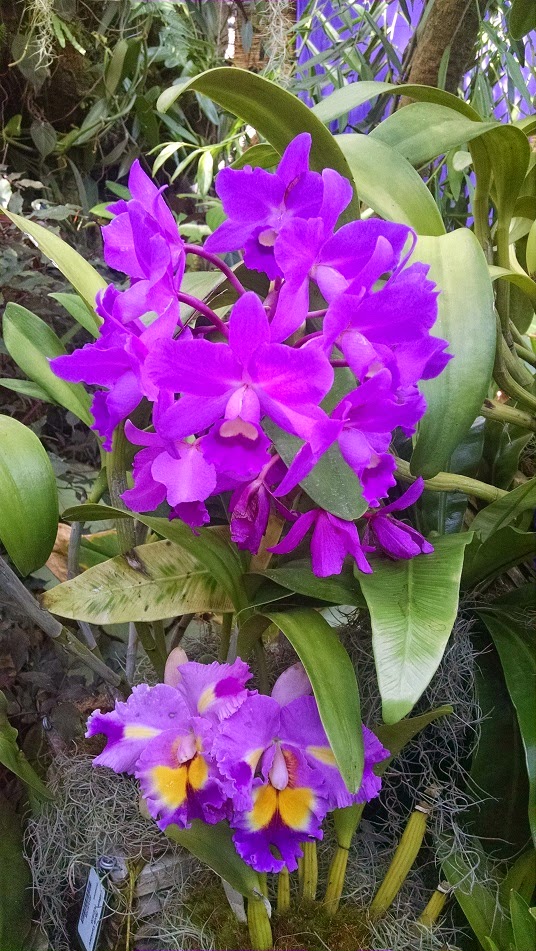 “Maybe...maybe we should just forget this and take Cassie Christmas shopping and...” Ronnie stopped at the venomous look from his brother. “Or not.”

Simon took a moment to compose himself rearranging well chosen words in his mind before speaking. “The thing is, Cassandra,” He began slowly, turning his back on the others and speaking only to her. “You have a dilemma. Your father has you under his thumb and won't let you live your dream. Your only way out from under that thumb, as I see it, is to get married and...”

“So, that I can be under someone else's thumb? Yours in this case. I don't think so!” Cassandra shouted. “I've already turned down three guys so one more won't bother me.”

“Wait, wait, wait! Are you serious? Three different guys have asked you to marry them?” Sophie said.

“I guess you're not the only one who has guys falling at your feet,” Ronnie said, looking impressed.

“But...she's only nineteen!” Sophie said. “And she's never had a boyfriend. How is that possible?”

“I was barely twelve when my father started bringing men twice my age around so they could check me out...like a breeding mare. So humiliating!” Cassandra said.

“Are you fricken kidding me?” Simon said. “This gets worse every minute. Your dad offering a dowry too? Two goats and a lamb perhaps? Geeze-ous!”

To everyone's surprise, Cassandra burst out crying and even more shocking still she went to Ronnie for comfort, throwing her arms around his middle.

“Uh...hey, Cassie, it's okay,” he lamely said, rubbing her back and looking wildly at the other two for some help.

Simon sat down on the sofa and hung his head in his hands. “I really ought to learn when to shut up,” he mumbled.

Here Simon thought he was getting somewhere with Cassandra—they did seem to be getting on well-- but all he managed to do was send her into the arms of his splendidly stupid brother. Since when did the nice guy get the girl?

He shook his head and reasoned. Brains always won, after all. That was his understanding and he was sticking to it until proven wrong beyond a shadow of a doubt.

“Okay, let's try it again,” he said, standing up, glaring at his brother. “Hopefully this time I can finish without interruption.”

Cassandra was still crying copiously into Ronnie's chest and didn't seem willing or able to stop any time soon. He could feel the tears seeping into his shirt. This had to stop.

“Come on, Cassie,” he said, bringing her to the sofa where he handed her a box of tissues and sat down with her—she still clinging to him. “Simon didn't mean to make you cry. It just comes easy to him...without even trying.”

Simon glared at him and he also sat down beside Cassandra. “I retract my proposal, okay? It was obviously ill-judged, reckless and insensitive, but the fact remains you still have a problem, namely your domineering father, and despite what you might think it could be fixed if you did get married.”

“My God, you're as archaic as her father!” Sophie said.

“Simon, give it a rest,” Ronnie said.

“All I'm suggesting is it's one easy way for Cassandra to get away from her father. Then she could do whatever she wants,” Simon said.

“Right, because having to cook and clean and make babies is every girl's dream and exactly what she wants for herself,” Sophie said, throwing herself onto the chair opposite them, glaring at Cassandra as much as she was Simon. She never would have guessed her oldest friend would go after Ronnie, but there she was with her pretty little head on his shoulder and his spectacular arms around her. She wanted to slap her into next week!

“Have none of you ever heard of a marriage of convenience, a fake marriage?” Simon said, exasperated.

“Uh...isn't that for illegal aliens? Cassandra is legal. She came here as a baby, but she's legal...right?” Ronnie said, looking to her for confirmation.

“And wouldn't it be convenient if it was just a sham so she could get away from her dad and have her way and go to college, even medical school,” Simon said.

“None of the guys my father wanted me to marry would let me go to college. They all want a traditional wife.”

“Precisely why they won't do for the job,” Simon said, and after a moment he added, “But I would. I wouldn't make you do anything...except go to medical school.”

They all stared at him for a moment, then all at once burst out with objections.

“Like her father would let her marry you when he doesn't even know you?” Sophie said.

“Simon, I'm telling ya, Mom and Dad will have a cow even if it's fake!” Ronnie said.

Simon ignored them, his full attention on Cassandra who was gazing at him with a tiny crease between her eyebrows.

“Unfortunately, it won't work,” she said, quietly and thoughtfully as if the idea wasn't completely out of the realm of possibilities. “My father would never allow me to marry somebody that's not Italian and that he didn't know their family from Italy.”

“What are you saying?” Ronnie asked, removing his arm from around her.

Cassandra shook her head, liking the idea of keeping the other two out of their tiny secret. “Nothing much,” she said.

Ronnie glanced at Sophie, then stood up, indicating with a nod of his head that they should leave them alone and she gladly followed him out.

“They're not gonna tell us what they're saying, are they?” he asked after they were in the living room.

Ronnie looked horrified. “You don't think...they're in there planning an elopement???”

“I hope you're right, cuz...” Ronnie shook his head. “Well, maybe my mom would stop hounding me if they did elope.”

“What is she hounding you about?”

He sighed. “I quit business school.”

“Yeah, your dad told me, but that wasn't for you anyway, was it?” Sophie asked.

“Funny Professor...I mean, Grampa said the same thing, but just cuz I know what I shouldn't do doesn't mean I know what it is I should do,” he said.

“Why don't you start a band? You were great last night with those guys and...”

“That's not gonna be good enough for my mom and probably not even my dad,” he said. “It's not worth it if you don't have connections and stuff. Really making it big...it's just not gonna happen.”

“You could...why not just go to school and maybe something will strike you? It's what I'm doing...at Columbia. I just got in.”

“My dad told me the same thing. How weird is that?” he said.

She smiled. “Would be nice to know one person there. Maybe we could have some classes together and...stuff,” she said, hopefully.

He stared at her, their upstairs conversation still fresh in his mind. Yeah, it was the “stuff” part he was worried about.

Email ThisBlogThis!Share to TwitterShare to FacebookShare to Pinterest
Labels: The Nice guy gets the girl