Chapter 247 What was she supposed to do now 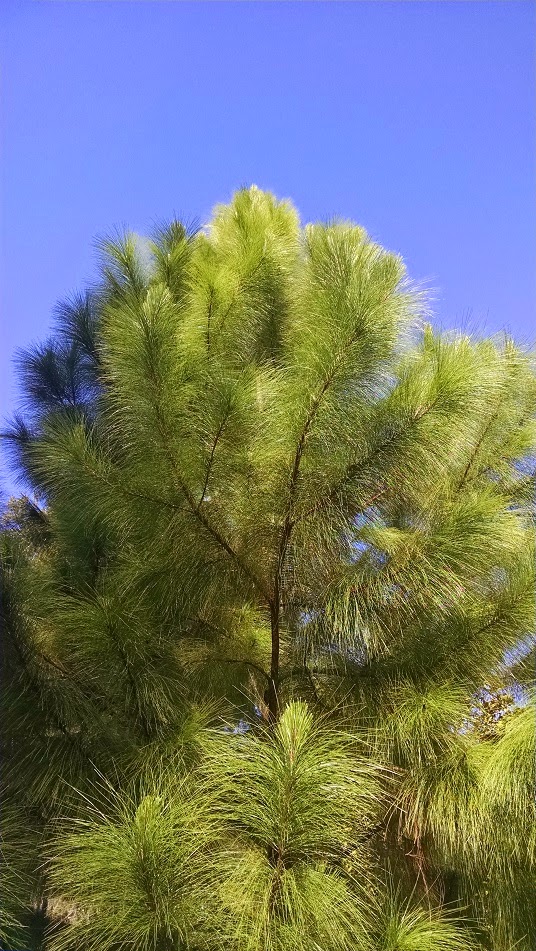 Sophie stood at the bottom of the stairs, arms akimbo, totally miffed and wondering what was she supposed to do now. Ronnie was stuck on this “We're gonna be related” crap and he was not cooperating at all. He wouldn't do as she asked and “do” her making her simultaneously the happiest girl in the world and no longer a virgin—the two most important things on her What-I-want-for-Christmas list and being he very possibly was the first guy she met who didn't want to have her, she really didn't know what to make of it.

This was new territory. She usually had to beat the guys away with a Louisvile slugger, but Ronnie... he didn't even want to look at her!

“Honestly, what is wrong with him?” she mumbled.

Sophie looked down and there was her mother's cat who never had liked her and always made her tickle-ly in the nose. “What? Hasn't anyone fed your fat face today?” she snapped.

Affronted, Calendula glared through slitted eyes, turned her bushy tail and sauntered into the living room.

Sophie would have followed the cat and eventually feed her, but at that moment she heard loud pounding coming from upstairs.

“What the hell is he doing up there?” she muttered. She waited a moment and had been about to go back up to see what Ronnie was doing when a curious thought struck her, a smile curved her lips and instead she followed the cat.

“Know what, Calendula? Sounds to me like...like somebody is frustrated and that somebody is Ronnie. Isn't that awesome?” Sophie said to the cat who had curled up on a blanket Violet placed at the end of the love seat for her use.

Calendula gave her a look which clearly said, “And I should care why?”

“Don't you see, you silly cat? Ronnie does want me, but he's just being a good boy or trying to be, but he's no angel. He's just a guy like all the others. He can only take so much before he caves, so...It may take some doing, but he'll be putty in my hands soon enough. I just gotta play it right.”

Just then she heard the tinkling of glass breaking in the other room. “Hmm...here I thought you'd be the one knocking Mom's glass ornaments off the tree, but I guess not this time. Maybe we can still blame you if it's one she especially liked.”

Calendula blinked slowly as she watched Sophie leave, then she licked at her right paw completely unconcerned.

“Simon,” Cassandra said, breathless from his kiss. “You're kidding, right?”

She stared at him, bewildered. Perhaps she misheard? She must have done. “Um... nothing...never mind,” she said.

Simon grinned and touched her cheek again. “What I'd like to know, and see if you can answer this for me, Cassandra, because I'm rather curious, is how does you father intend for you to become this antiquated model of a woman, all barefoot and pregnant and stuck in the kitchen, if you don't ever go anywhere where you could meet your Prince Charming?” he said. “I mean, you can't become what your father expects of you without a husband, right? A medieval man would work best, I suppose, but where does one find one in this day and age, do you think? Besides, the Middle East of course. They won't do. They're all too busy raping, pillaging and beheading. I'm quite certain they're all exceedingly exhausted from it all, far too much to take on a pretty little wife like you.”

“You're making fun of me...and my father and I don't appreciate that,” she said, abruptly standing up and going to the Christmas tree where she proceeded hanging ornaments with shaking hands and a trembling lips. The first tear drop fell just as Simon's hands landed gently on her shoulders.

“That's Cassandra to you!” she huffed.

“How come Ronnie gets to call you Cassie and I don't?” he asked.

He drew in a deep calming breath, determined to keep his cool. “Like I was saying, I'm sorry I upset you, Cassandra. I merely wished to illustrate the absurdity of...”

She spun around and brushed aside his hands. “You think I'm too stupid to see it, do you? Well, I don't need it illustrated. It's already in full blooming technicolor right here,” she said, pointing at her head. “I don't need you to tell me what a waste of a life I am.”

“You're not a waste of anything,” he said.

“Shows how much you know, and what do you care anyway? You barely know me,” she said, turning toward the tree again.

Her eyes popped open and the hand she held up stalled before the branch she would have placed a pretty little globe with the nativity scene etched on it. She hadn't imagined it after all!

“You're teasing me again. Simon, just stop it!” she snapped.

“I'm doing no such thing. Will you listen to my proposal before you refuse it out of hand?”

“No, I won't! It's ridiculous!” she said, glaring at him. “I just finished telling you what I dread most in the world—to be turned into a breeding wench-- and now you're suggesting the very thing and I'm supposed to entertain this brilliant idea of yours? What? You need somebody to wash your undies while you feast your brain on every medical advancement on planet Earth? What joy to me...I think NOT! You're either a moron or a vindictive ass. Which one is it, Simon? No, don't bother answering. I think you're both!”

As hard as he tried, he couldn't help smiling. She was truly beyond adorable when she was all riled up. Of course, that only annoyed her further, which did not help matters.

“A sadistic beast, too,” she muttered. Her hand shook so much that she dropped the delicate ornament and it shattered on the hardwood floor. “Oh...look what you made me do! If that was a favorite of Violet's I'll...”

“I'll replace it. It was my fault,” he said, stopping her from cleaning up the mess. “Don't. You'll hurt yourself. I'll do it.” And he went down on one knee and started picking up the largest pieces.

They both spun around at the sudden noise and spotted Sophie gaping at them.

“I'm sorry, Sophie. It just slipped out of my hand. I'll buy your mom a new one, I promise!” Cassandra said earnestly.

“What are ya talking about?” Sophie said.

Simon showed her the broken red glass in one outstretched hand. “It was an accident. I'll buy a dozen others to replace this one,” he said.

“Oh...no worries...uh...so...you weren't down on one knee like... proposing then?” Sophie asked, looking from one face to the other.

Simon's eyes narrowed. “Have you been eavesdropping?”

She smirked. “I learned from you I guess. How do you like it?”

“It's not what it looks like,” he said, stiffly.

“No, Simon just likes sticking a knife in your back and twisting it so that it really hurts,” Cassandra said.

Simon turned to look at her. “If you had heard me out...”

“Holy crap!” From behind Sophie came Ronnie. “Are you crazy? You can't get married!”

Simon rolled his eyes and stood up. “Of the four of us, I believe I'm the most sane, so...”

“You don't even know her, Simon. Dad won't let you do it and Mom will have a cow!”

“You don't have to worry, Ronnie. I'm not stupid enough to marry a jerk like him even if he was the last guy on Earth,” Cassandra said.

“Even if it meant you could go to medical school and become the doctor you always dreamed of becoming?” Simon said.

Everyone stared at him for a minute, then they all burst out at once talking over each other.

“What the hell are you saying?” Ronnie asked.

“You are totally nuts!” Sophie said.

“How can nice and sweet Ronnie who everybody loves have such a mean, obnoxious asshole for a brother?”Cassandra said. “I'm sorry I ever met you.”

“Oh, for the luvva...” Simon muttered under his breath, dropping the broken glass onto a newspaper insert he found on an end table. Then he turned to his brother and Sophie and pointed at them. “You and her have nothing to do with this, so kindly leave us.”

“I don't want to hear your BS any more than they do, so if they leave so do I,” Cassandra said, crossing her arms stubbornly over her frail looking chest.

As if in severe pain, Simon rubbed his forehead muttering to himself, “How the hell did I get into this?”

Email ThisBlogThis!Share to TwitterShare to FacebookShare to Pinterest
Labels: what was she supposed to do now