Chapter 237: All she was missing 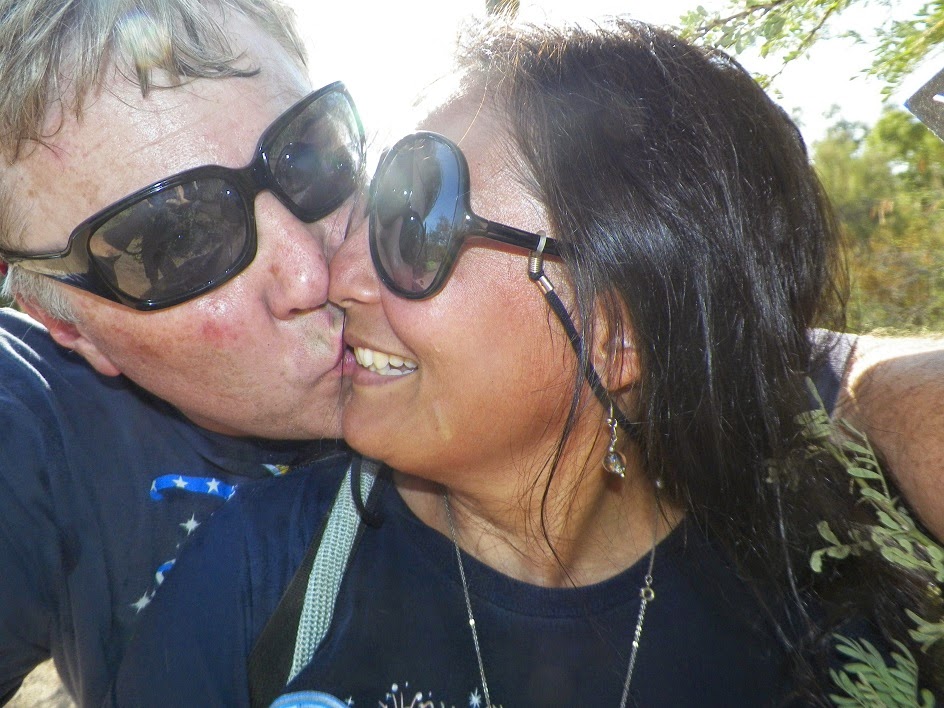 Simon couldn't have asked for a better way to show Violet all she was missing in not marrying his father. Peter was doing an excellent job of putting on the guilt trip with nary a bit of help from him. Perhaps his father was right and Peter was a little like him, although Simon wasn't quite willing to concede that point...not just yet anyway.

Simon listened as Peter regaled her with every mundane moment of his life and she seemed riveted by it all and was even immensely enjoying it. Truly, he didn't know how mothers did it! He was rather certain his brain would turn to mush if he had to listen to this drivel all day long, week after week, for ten or so years. He supposed that was one reason his mother didn't take to motherhood so well when he was a baby, but did it follow that her brain was now mushy enough to accept this mind-numbing kid stuff with her new baby?

“And I wost a toof. See?” Julian said, showing Violet the empty spot in his smile. "And a new ones awweady coming in."

“Omigosh, that's amazing, Julian. Did the tooth fairy leave a quarter under your pillow?” Violet said.

“Um...the tooth fairy didn't have any change or anything smaller the night the tooth finally fell out,” Ronnie said, conspiratorially. “He...I mean she...uh..had to improvise.”

“Oh, I see!” Violet said, giggling. “I always made it a point to have change around the house in case the tooth fairy ran out of quarter and needed change.”

“Well, that's a motherly trick which Dad knows nothing about,” Simon muttered, looking pointedly at her. “I'll have to tell him that.”

Violet's smile slipped a fraction, but just then Peter crawled onto her lap and asked, “When ya gonna come wiv wiff us, Violet, so you can be our Mommy?”

He blinked at his older brother, then pouted. “Oh...I forgot.”

Julian stuffed the rest of his muffin into his mouth and nodded along with Peter.

“Then you ask Violet if you may watch TV while I help her clean up, okay?” Simon said.

“Yes, you can watch a Disney movie,” Violet said. “I have almost all of them.”

“Ronnie, why don't you go with the boys and help them with the movie while I help Violet in the kitchen? Don't want them breaking anything, okay?” Simon said.

“What did Dad tell you?” Simon said, smirking. “About acting like a kid sometimes?”

She pouted. “I can be a kid later,” she said, defiantly.

He laughed. “Go be one now, please, and watch your brothers...that includes Ronnie.”

“Hey! Why are you telling her that?” Ronnie said.

“Because if I know you, and I do, you're very likely to do something extraordinarily stupid,” Simon said, his voice lowered, lifting an eyebrow at Sophie's back, making certain Ronnie understood exactly what he meant.

“I'm not gonna do anything stupid,” Ronnie hissed.

“Good,” Simon said, stacking dishes and bringing them to the counter beside the sink.

“Come on, Georgie,” Ronnie said, grabbing the last muffin before leaving the kitchen. “Thanks for breakfast, Violet. It was awesome!”

She didn't have a clue what that was all about, the exchange between Simon and Ronnie, but she gathered that she was a common topic at Victor's house, and he must have warned the kids, all of them, not to say certain things to her, in essence not to pressure her. Ironically, the one person she most feared pressure from was the one with whom she was stuck in the kitchen cleaning up.

“I'm forever astonished that you don't have a dishwasher yet, Violet,” Simon said. “You must be the only one in all of Catlapa Valley without one. Don't get why Dad never got one for you.”

“There is no reason he should,” she retorted.

“Well, you don't think so, but I disagree. Anything to free your time for more important things—like baking cookies for all of us-- would be great,” Simon said as he turned the hot water on and squeezed an excessive amount of dish soap into the running water. “I'm glad we're alone, Violet, because I want to apologize.”

“What for?” she said bringing more dishes to the counter.

“I'm ashamed to admit it, but it took Ron chastising Peter to remind me.”

Violet stared, her heart giving a funny little jolt, as he took the dishes and placed them into the water. “It's okay.”

“No, it's not, but you are too kind and generous to say otherwise.”

“You mean...whatever it was that Victor told you not to do or say to me?”

He smiled. “You understand. It's hard for us, though, especially the little ones, but even me and Ron. Probably because we just don't understand it. We all know the truth, after all.”

“The truth?” she asked, placing her hand on his arm to stop him from rolling up his sleeves. “Don't, Simon. I'll do them later. Let them soak for now. Come have a cup of coffee with me and we can talk...about this truth.”

Intrigued, he shut off the water, watching her pour out two cups. Then he followed her back to the table where she proceeded to wipe what crumbs there were into the center of the table away from them.

“You don't have to...if you don't want to, Violet,” Simon said, although dying to hear whatever she had to say.

“I came to a decision last night,” she said, drawing in a deep breath as she poured cream into her coffee.

“About...Dad?” he asked, suddenly feeling impending doom up ahead.

“No, not exactly,” she said, stopping to take a sip as she gathered her thoughts. “About me, but I guess it would impact him...and everyone else who happens to be in my sphere.”

She laughed, but swiftly sobered and stared at him a good long moment. “You are so much like your father sometimes that I...I can almost hear him through you...or something. Am I making any sense?” She shook her head and laughed at herself.

“Your looks you definitely get from your gorgeous mother, but also her cutting wit and...uh...”

“Nasty streak?” he finished for her, smirking. “I'll have you know, Georgiana has tasked me with tempering that. I fear I might bust a spleen trying to hold it in.”

Violet laughed heartily. “Oh, dear, Georgiana. She can be a bit bossy, but she means well,” she said.

“You don't know the half of it. She keeps us all on our toes,” Simon said, drinking from his cup.

“It seems to be working. You're being very nice to me right now.”

He smiled indulgently. “That's because it is so very easy to be nice to you, Violet. I find it impossible actually to be otherwise. You make it rather difficult for me to be mean to you even though...I tend to blame you that my dad is so unhappy.”

“Why is that, if you blame me?” she asked, take aback.

He shrugged. “There's just something about you, I guess. It's like kicking a kitten. Only a sociopath could do that and not feel bad about it, even if it does scratch and bite you.”

She made a funny face. “I remind you of a helpless kitten?”

He chuckled. “To a small degree... a very small degree,” he added quickly. “But, back to your decision?”

She nodded. “First, what do you think the truth is? I'm pretty sure I already know, but tell me anyway.”

“That you and Dad belong together. There is undeniable love there and I don't see that either of you will be truly happy until you get together, really together,” he said. “I know it for a fact with my dad, and I believe it to be so for you, but you tell me. I could be way off base.”

She looked down at her hands, mostly the one sporting her wedding ring. “Do you know why I still wear this?” she said pointing to it.

“I can imagine because you still love your dearly departed husband,” he answered.

She nodded again. “And because... you're going to think I'm nuts,” she said, shaking her head.

“You were devastated, of course,” he said.

“By haunting I don't mean like a poltergeist or anything. I mean his spirit still seems to be here with you. Is that it?” Simon said.

She stared at him and to her astonishment he was not laughing at her. “How did you know?” she whispered.

He lifted one shoulder in a half shrug. “Just makes sense. You and he were one on this earthly plane both physically and spiritually...your souls connected in life. So, it only makes sense that when one dies...because it's just the body drifting away and left behind, that the souls may still be intertwined, connected. So, you're still clinging to him because he—or rather his soul-- is still clinging to yours. He feels real to you even when he's physically not, because you feel his soul around you.”

Violet gaped at him. “Simon, you amaze me. I never expected this sort of understanding from you. You seem so...pragmatic.”

“I usually am, but not exclusively.”

They remained silent for a long moment.

*Tune in Friday for part 2

Email ThisBlogThis!Share to TwitterShare to FacebookShare to Pinterest
Labels: All she was missing