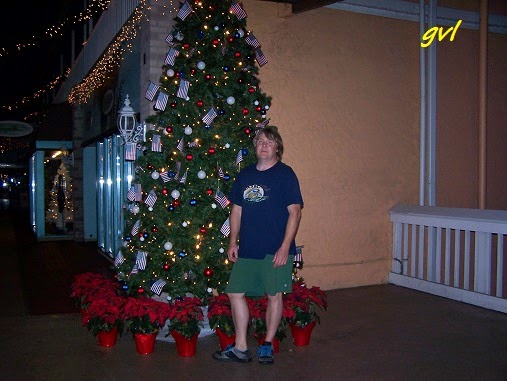 “Well, that was a total waste of time,” Ronnie grumbled, getting in and slamming the door of the truck.

Not for the first time Simon marveled that he and his brother could experience the same thing and come out with completely opposite conclusions.

“Were you even listening?” Simon asked as he started the pickup and buckled his seatbelt.

“Yeah! And I heard nothing new… except Andy playing with the baby,” Ronnie snarled. “I swear if I heard peek-a-boo one more time…”

“In one ear, out the other with no time to linger,” Simon muttered, looking over his shoulder to pull out of the driveway of his mother’s house.

Simon sighed and prayed for patience. “Ron, if you had been listening you would know Mom gave us all we need to know to get Violet to marry Dad. Don’t know why I didn’t think of it before this.”

Simon shook his head and mumbled, “Like talking to a cactus.”

“Cacti, but that’s beside the point,” Simon said, pointing the car toward their grandmother’s house. “Mom always gets what she wants, doesn’t she?”

“And do you know why that is?”

“Cuz she’s a manipulative, driven, self-serving witch in Prada heels who  thinks she owns the place and enjoys playing mind games and setting people on edge all to get her own way.”

“Exactly and we should emulate that.”

Ronnie actually laughed. “So what are you saying? You’re gonna start wearing Prada heels and prance around as if you own Catalpa Valley in order to get Violet down the aisle with Dad? I’d like to see that!”

“No need for Pradas, but mind games and manipulation are right up my alley," Simon smirked. "They've served me well dealing with you.”

“Goody for you. You’re just like Mom,” Ronnie said, disgusted. “It’s not right playing mind games with unsuspecting people and manipulating them, making them bend to your will is just wrong.”

“Do you want Dad happily married or don’t you?” Simon snapped.

“Not by any means possible, especially what you’re thinking. Mom’s way is never good. I wouldn’t have flunked out of Wharton if…”

“And you haven’t told Mom and Dad?” Simon asked, not watching where he was going, so he swerved his dad’s truck dangerously off the road.

Ronnie grabbed the wheel and steered it straight again. “Will you watch what you’re doing? You’re gonna get us killed,” he shouted, then reluctantly added, “Dad knows.”

“And he’s okay with it?” Simon said, incredulous. “He lets you get away with murder.”

“I didn’t kill anybody, Simon. I just quit school. I didn’t belong there. Mom wants me to be something I’m not, something I can’t ever be.”

“She's just trying to ensure you don’t end up a loser like everybody else around this crappy little town. More than half the graduating class from our high school is still living at home, mooching off their parents and going nowhere fast,” Simon said, totally ticked that his brother may very likely turn out to be exactly that, a loser with no ambition beyond living at home forever while working a part time job at the local deli. “Can’t believe Dad is allowing you to ruin your life like this.”

“He’s not. Dad’s just giving me time to…to think. He wants me to find something  I love to do that I can turn into a career that will make me happy.”

“And what’s that?” Simon asked. “Babysitting your little brothers?”

Ronnie stared out the window. “I’ll let you know when I figure that out.”

“And how long will it take for you to find yourself?” Simon snidely retorted. "Ten days, ten weeks or ten years?"

Ronnie wished he knew how to answer that.

At Marty and Morris’ house they were not allowed to leave without eating dinner with them.

“But Grandma, we just told you we already ate,” Simon said, only half-heartedly. The food smelled too good to refuse and dinner at his dad's seemed so long ago all of a sudden.

“And when has that ever stopped you?” Marty asked, dishing out a plate each for the two boys. “You are looking rather peaky, Simon dear, if you don’t mind me saying, so you in particular could use some nourishing food.”

“I do mind, but don’t let that worry you,” Simon replied, kissing her cheek and taking the plate with him to the table where Ronnie was already chowing down as if he was a starving orphan.

“I love you, Gramma,” Ronnie said, enthusiastically digging in.

“I think you love my pot roast more,” she said, happily. “Morris-honey, can I get anything more for you?” she asked, passing a loving hand over his thick shock of silver hair.

“Now, you stop all that fussing and come sit by me. Talk about looking peaky! You’re skin and bones, Woman…working too much,” Morris said, pulling a chair out for her.

Ronnie smiled watching them. She passed him the salt, he passed her the pepper and they each thanked the other as if it was the greatest gift-exchange of all time.

“I’m so glad you guys are together,” Ronnie said, before he could stop himself.

Morris grinned. “Not nearly as glad as I am,” he said, lifting Marty’s hand to his lips.

“Now you see why I’m all skin and bones,” Marty said. “I can’t eat without my hand.”

“Then I’ll just have to feed you myself,” Morris said lifting his fork to her mouth.

As they giggled like teenagers in the first throes of puppy-love, Ronnie couldn’t help thinking of his mother who found her first love again and is living the fairytale ending with her Prince Andy. But then he thought of his father and all he’d missed because, either Catherine was Victor’s first and only love or Violet was and she was not cooperating.

Possibly and very likely Violet already had her Prince and was not looking for a replacement. But that left his dad with no happy ending at all and that just wasn’t fair.

“So, what have you been up to, Ronnie?” Morris asked.

“I forgot Grandpa Morris was your ethics professor at Wharton. Have you told him you quit?” Simon said, smirking.

“Shut it,” Ronnie growled under his breath.

Simon looked up, stunned. That was certainly not the reaction he expected. “You think it’s okay that he quit school?”

“That specific school, yes. He was not cut out for it. Very few are,” Morris said. “Not everyone needs to go to college to become useful members of society, anyway. Have you decided what you’re going to do now, Ronnie?”

“No, Sir…not yet,” Ronnie said, looking down at his plate, wishing the conversation would go elsewhere.

“Well, take your time,” Morris said, giving him a kind smile. “You’ve got the world at your feet right now, so enjoy it while you can.”

Seriously, Simon was ready to have a cow! Was no one going to put a fire under his stupid brother’s ass????

“How are your studies going, Simon dear?” Marty asked.

“Very well, thank you,” he said, stiffly. “I’m not allowed to goof around and waste time finding my happy self.”

“That’s because you already found your calling,” Morris said. “Most of us don’t find it until we’re much older.”

“Count yourself lucky you found your niche early in life, Simon, but don’t be surprised if your passions change after a bit,” Morris continued. “It happens all the time.”

Ronnie wasn’t listening, his thoughts still on his father’s pathetic love life. What had gone wrong? Why was his mom so happy and his dad so not? Then a light bulb seemed to light in his head.

“Gramma, why didn’t you fight for us?” Ronnie said, interrupting the conversation around him.

“When Mom left Dad, why didn’t you stop her? Why didn’t you…stop her from taking us from Dad?”

Marty gaped at him, then calmly lifting a holly-trimmed, red linen napkin to her lips before replying. “What exactly do you think I should have done?” she asked.

“Anything!” Ronnie shouted. “You didn’t do anything for Dad. He was all alone and we never got to see him and Mom was all happy with Andy and Dad’s got nobody! It’s all your fault, cuz you didn’t say anything to Mom. You know you’re the only person who has any power over her and you did nothing! You shoulda told her she was doing wrong.”

“What the frick, Ron,” Simon hissed.

“Now, that’s a harsh accusation, Sonny,” Morris said, angrily. “Perhaps you were too young to know this, but Martina was at that time grieving the loss of her husband, so you’ll kindly refrain from putting any blame on her. Even if she had been in a right state, it was certainly not her place to be refereeing your parents’ divorce.”

“Ronnie, what is this about?” Marty asked, concern in her voice.

“Nothing. I’ll go get the trees in the truck. Thanks for dinner, Gramma,” he said and swiftly left the house.

“My goodness, where did that come from?” Marty said.

Simon drew a deep breath and let it out slowly. “He’s upset cuz Dad and Violet broke up.”

“Dad seems to think so, but we’re going over there now with the tree, so we’ll find out for sure…see if we can do something to help,” Simon said, getting up from his seat, going to her and giving her a warm hug. “Don’t worry, Grandma. Ron feels bad for Dad. I do too, but we don’t blame you. We don’t really even blame Mom. It’s just one of those things, you know.”

Marty and Morris sat staring at each other after they were gone.

“What do you make of this?” he asked.

“I think…” she said, the wheels in her head turning at super-sonic speed. “I think I need to ask Violet for some decorating advice. We need Victor’s house to shine for this Christmas party, don’t we?”

Morris grinned. “Whatever you say, my love.”

Email ThisBlogThis!Share to TwitterShare to FacebookShare to Pinterest
Labels: Waste of time