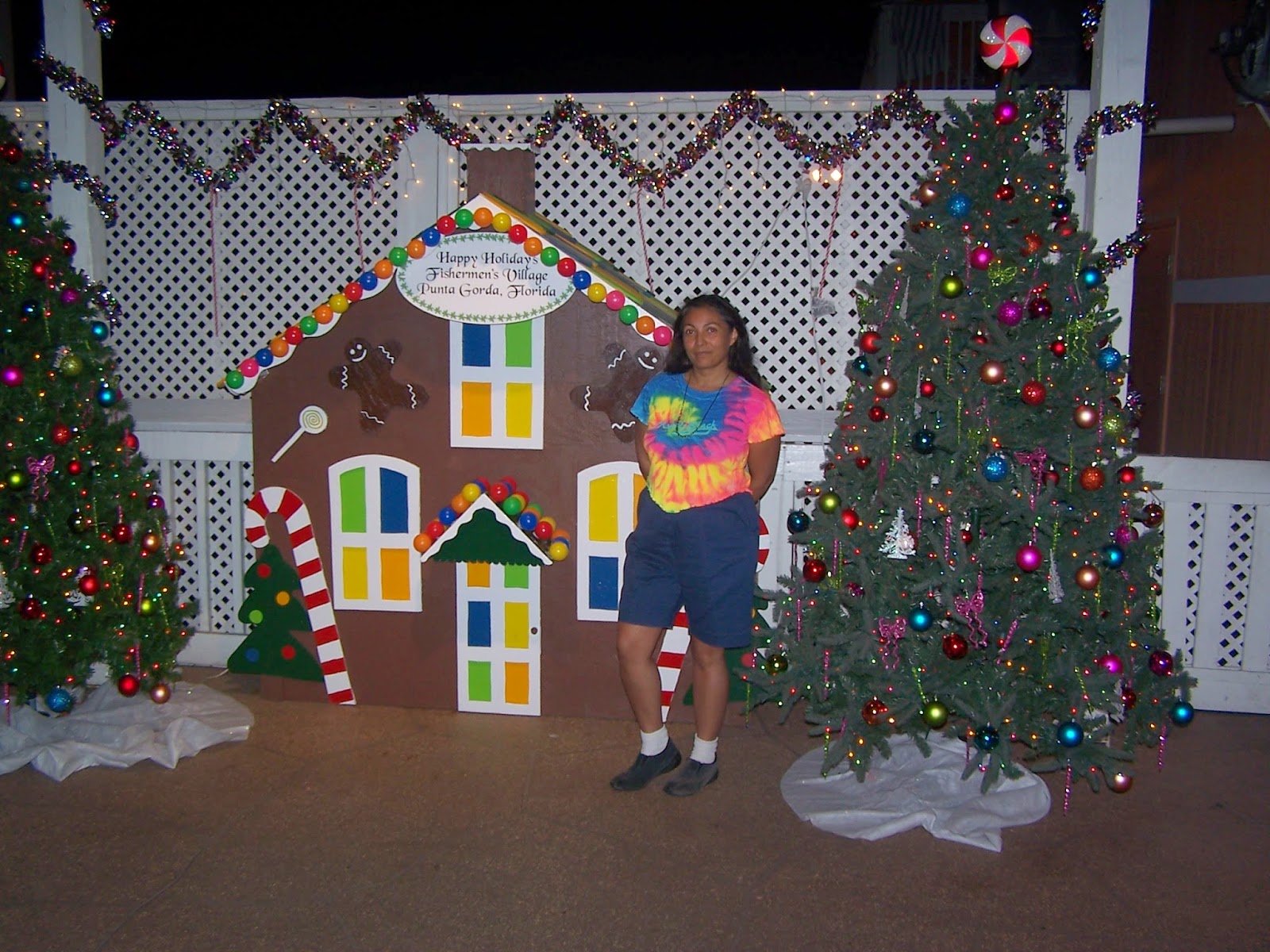 “To deliver Christmas trees?” Simon asked. “Wouldn’t you rather play with dolls or something?”

“That is so totally sexist, dude,” Ronnie said, shaking his head. “Maybe she likes trees. Ever think of that?”

“I don’t care about the trees. I just wanna go to Violet’s house and meet Sophie,” Georgiana said.


“She’s gonna be our step-sister one day.”

Simon stared at her in surprise. “Who told you that?”

“Ronnie. We all want Daddy to marry Violet and when he does Sophie will be our sister! I always wanted a sister,” Georgiana said, excitedly.

“Yes, she would and she has a brother, Ken, who would also be part of this ever-expanding family. Did you know about him?”

Georgiana shook her head, but seemed just as delighted to have an extra brother.

“But that’s only…if Violet ever marries Dad,” Simon added. “That might never happen, you know.”

“But it has to! Maybe we can do something to make her want to marry Daddy,” Georgiana said. “Can you think of something, Simon, please?”

“Me?” he said. “What makes you think I know anything? What could we do that Dad hasn’t already done?”

She shrugged. “You’re the smart one going to college. You should know more than us, right?”

Ronnie burst out laughing. “He’s going to medical school, Cutie, not matchmaker school. I don’t think they have courses on how to get two people to love, honor and cherish ‘til death do they part,” he said.

“Dad would get a failing grade anyway,” Simon muttered.

“That was Mom’s fault and you know it,” Ronnie snapped.

Simon glared at her then turned to his brother. “Are we seriously getting lectured by a nine year old?”

Georgiana sat up to her full yet considerably small height.  Even while perched a full twelve inches higher on the stool she didn’t reach their chests, but that didn’t stop her.

“I’m ten now!” she told them, indignant. “My birthday was December three.”

“It was?” Ronnie said. “Why didn’t you tell me? I didn’t get you a birthday present or anything.”

“You weren’t home yet. Daddy took us all out to dinner at a fancy place and then we went to the movies. We saw “The Box Trolls”! It was so much fun,” she said, replaying the day all over again in her head as she hopped off the stool and started shredding lettuce and spinach leaves, placing them all in a salad spinner.

“Well, I won’t forget for next time,” Ronnie said, pulling out his smart phone and punching in the date. “When’s Julian’s and Peter’s birthdays? Should put them in here too, so I don’t forget.”

She told him the dates then frowned. “Can’t you just remember them?” she asked, standing on a step stool by the sink and rinsing the greens with cold water.

“You kidding me?” Ronnie said. “Like to see you remember all those birthdays plus mine and Simon’s next time they come around.”

“Daddy told me yours is July ten and Simon is April seventeen,” she said, shrugging carelessly, as she drained the water out, replaced the top and pulled the string spinning the greens dry. “I think I can remember that next year.”

Ronnie gaped at her, his mouth hanging open. “Dang…”

Meanwhile, Simon also put into his phone those special dates, because he wasn’t likely to remember any better than Ronnie.

At that moment they heard the front door open and a shout ring out.

“In the kitchen, Jules!” Georgiana shouted back, now standing at the center island shredding carrots into the greens.

Julian burst into the kitchen in his full, navy blue cub scout uniform, a golden yellow neckerchief askew around his collar. He was grinning from ear to ear and carrying a homemade Christmas ornament made out of a pinecone and....

“Hi, Simon! Look what I made,” Julian said thrusting forward some colorful autumn leaves and flat, dry, goldenrod flowers stuck between two sheets of waxed paper with a grosgrain ribbon tied at the top for hanging.

“Ah…I remember making this…this…uh…” Simon looked to Ronnie who shrugged. He obviously didn’t remember what it was supposed to be either.

“It’s a sun-catcher so the birds don’t bang into the windows and die,” Julian said, as if any moron should know this.

“Right,” Simon said, handing it back to him. “Wouldn’t want that to happen.”

“Simon,” Victor said, coming in, going straight to his first born and hugging the stuffing out of him. “When did you get here? Wasn’t expecting you so soon.”

“Just a while ago. I caught a lucky break and left early,” Simon replied smiling until he saw Peter--his new nemesis--scowling up at him as if Simon had no right to be embracing his dad. “Hello, Peter. Have fun at cub scouts?”

“No,” he snapped and slumped into a chair, pouting with his arms crossed over his tiny chest.

“Was it something I said?” Simon asked.

“No, he’s just ticked that I wouldn’t let him have a lollypop before dinner,” Victor said. “Glad you’re home, Simon. Now the whole gang’s here. Will you be staying with us or at your mother’s?”

Simon couldn’t help liking the hopeful note he clearly heard in his dad’s voice. “If you have room for me,” he answered.

“You know there always is. This is great! All my boys here…and my best girl,” Victor said, winking at Georgiana. “Something smells good. What you got for us, Honey?”

Georgiana wiped her hands and hugged him before telling him. “Gramma Marty calls it a Tex-Mex whachamacalit.”

He laughed and kissed the top of her head. “Sounds like Marty all right. Let’s eat.”

After they were all seated with food in front of them, Victor smiled all around, happy as a clam to have all his kids together again…until he spotted Peter’s grumpy face.

“Peter, change the face now,” he said. “Or do you want to go to your room without dinner again?”

Simon and Ronnie looked up in surprise, never having heard their father issue such a strict command before.

“Peter, just smile,” Georgiana whispered to her little brother. “You know you shouldn’t have candy before dinner. You can have it later.”

Peter took a minute to nurse his stubborn streak then finally he forced his frown into a stiff smile.

“That’s ever so slightly better,” Victor muttered. “Maybe after some of Marty’s Tex-Mex whachamicalit it’ll be a real smile.”

As the chatter returned to normal around the table, Simon and Ronnie stared at each other, incredulous.

“You were never that strict with us,” Ronnie said, unable to contain himself.

“No, and perhaps I should have been but…Recall if you will, Ronnie, I had you and Simon in my sole possession for a total of two or three days per month…and most of that time you were at some sporting event,” Victor said. “That didn’t exactly leave much time for parenting or much else really. I wasn’t going to waste precious time being hard on you.”

“I was hardly more than a glorified babysitter then, but I was happy to be with the two of you for as long as I could," Victor said shaking his head. "Let’s forget about that, though. Now that you’re both here, we should do something fun tonight. All of us together as a family.”

“We can watch a movie,” Julian suggested. “We have Frozen on DVD.”

Simon tried not to roll his eyes. “Not that watching an ice hustler,  a reindeer, a talking snowman and a couple of frozen princesses prancing around Sweden wouldn’t be way cool, but no thank you,” he said.

“Thought it was Norway,” Ronnie muttered, before shoveling food into his mouth.

“Could be Greenland for all I care,” Simon mumbled.

Victor chewed slowly, swallowed and said, “Please tell me you’re not going to Syria or something.”

Simon laughed. “Not as bad as that, but close.” He then explained Marty’s plan.

“A dozen Christmas trees???” Victor said. “And four of them for me?”

“She said you were having  a huge Christmas party and the house has to show it from every nook and cranny,” Simon quoted.

“She loves spreading the spirit of Christmas,” Ronnie said cheerfully.

“And spreading the wealth, no doubt. I think she has a crush on Mr. Salatino down at the garden center,” Victor said, then he sighed. “Oh, well, but you won’t be gone too long. You’re just bringing them here, right?”

“Hmm...not quite,” Simon said. “Grandma wants us to bring one of them over to… to Violet’s house.”

Victor actually considered it for a minute. He missed her so much, but then reason and the memory of the last time he’d seen her came back to him and made him shake his head. “We can’t just all show up on her doorstep unannounced.”

“So, call her first,” Ronnie said. “And maybe you could bring the tree over instead of us. Give you a chance to…”

“No,” Victor sternly and decisively said.

Out of the blue Peter burst out in tears.

“Oh, crap,” Ronnie muttered uncomfortably aware he might have started it.

Without hesitation Peter hopped off his seat and ran to Victor climbing onto his lap and hugged his neck. “You promised Violet would be my mommy.”

Victor took a deep breath and let it out slowly. “That is not what I said. I said I would try and remember what else I said?”

“I dun wanna be pay-chen no more,” Peter mumbled into his neck.

“Patient. I said we all had to be patient. We had to wait for Violet to be ready,” he said.

“Still a long time,” Peter pouted, big tears leaking out of his eyes. “I wanna see Violet.”
“Well, we can’t do that…not right now.” Victor stood the boy on his feet. “Are you finished eating?”

“Then go play for a bit with your brother and sister. The rest of us will clean up here,” Victor said, giving significant looks to the older two silently telling them they were expected to remain with him for a private chat.

“I can help clean up, too, Daddy. I made the mess,” Georgiana said.

“Time for you to act like a kid, okay?” Victor said, giving her an indulgent smile. “Pick out a movie to watch if you like.”

“Could we play a game instead?” she asked.

“Sounds good, whatever you like,” he said and watched her usher her younger brothers out of the kitchen. His smile faded, staring at the door swinging back and forth, back and forth until it stopped entirely. Then he shook his head.

“I should never have adopted them.”

Email ThisBlogThis!Share to TwitterShare to FacebookShare to Pinterest
Labels: Can I please