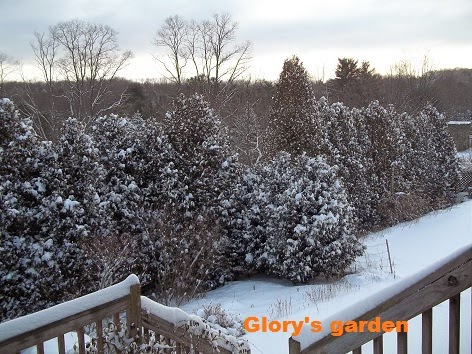 “Ron,” Simon replied, amused at the stunned expression staring guiltily at him.

“Hello, Georgiana. What is it you’re not supposed to tell me?”

She turned to Ronnie first before answering. “What you’re getting for Christmas, so don’t ask. I ain’t telling!”

Simon laughed, leaning casually against the doorway stuffing his hands in pockets of his trousers. “Is that all? I already know what Ronnie’s getting me. It’s the same thing every year. A lump of coal.”

Georgiana pouted. “You would get something better if you didn’t tease him all the time!”

Taken aback, Simon could only stare at her, the smirk wiped from his face. “That…uh…bothers you?”

“Yeah, and it bothers Daddy too,” she said. “You should be nice to Ronnie or one day he’ll write a mean song and everybody will know it’s about you.”

Ronnie laughed and broke out into song, “Why ya gotta be so mean…”

“He will, huh?” Simon said, not at all amused. "Nice going, Ron. Turning our new little sister against me."

"I'm not against you, Simon," she said. "I just don't like you being mean all the time. I don't want Julian to think it's okay to be mean to Peter."

Thoroughly ashamed of himself, Simon ground his back teeth together for a second then sighed. “Well, tell ya what. Just for you, Georgiana, I’ll be nice… for Christmas.”

He cleared his throat as if this were killing him. “I promise.”

She gave another excited “yip!” and grabbed Ronnie’s hand. “Now you can be real brothers that love each other,” she said.

“So, where is everybody?” Simon loudly interjected, before the kid asked them to do something unthinkable—like hugging.

“Daddy took the boys to cub scouts,” Georgiana answered, going back to doing her scales.

“They’ll be home soon,” Georgiana said glancing at the clock on the mantelpiece. “We gotta make dinner.”

“Right,” Ronnie said, gathering his papers, sheet music and pencils, and stuffing them all willy-nilly into a folder.

“It just needs to be put in the oven,” Georgiana said, hopping off the bench and going to Simon , staring up at him. “Gramma thinks Daddy’s gonna starve us, so she brought tons of food already cooked and put them all in the freezer for us to just warm up.”

“She never worried about us starving,” Ronnie whined. “And we’re her real grandkids!”

“She said you didn’t need it, cuz your mom was too strict with you. She said a little junk food with Vic…with Daddy was good for you,” she said, casually grabbing Simon’s hand. “You can help with the salad if you want.”

Georgiana took over in the kitchen much to Simon’s astonishment. Ronnie, on the other hand, had already seen her in action and left it all up to her. He dropped his music folder in an untidy stack on the counter near his dad’s tablet, which he picked up and browsed through, while Georgiana pulled salad fixings and the cassorole dish out of the fridge.

“I can’t reach the buttons, Simon,” she said pointing to the oven controls. “Can you put the oven at three-fifty for forty minutes?”

“Sure,” Simon said, doing her bidding. “You’re pretty smart, huh? Not too many people would know how long to cook this and at what temperature, and you’re just a little kid.”

She shrugged and showed him the bright yellow note which had been taped onto the casserole dish. “A kid that can read and anybody can read this.”

“Houston, we’re coming in for a landing,” Ronnie suddenly said.

“That’s Houston, we have a problem, numb-nuts,” Simon snapped.

“That wasn’t teasing. That was…”

“Mean!” she said glaring at him.

Ronnie, who had ignored all this while looking at the tablet, said, “Look at this, Georgie. I think you can easily make this for Dad and he’ll love it!” He lifted her onto a stool and showed her what he found online. “Gramma loves this website for crafty ideas.”

“Well, it’s a little book that you make out of colorful paper with ten reasons why you love Dad, one on each page and you decorate it and stuff,” Ronnie said.

Georgiana made a face. “Only ten reasons?”

Simon laughed. “How many reasons you got?”

“About a hundred,” she said.

“You can do as many pages as you like, I guess,” Ronnie said. “Peter and Julian could make their own books, too. Dad’ll be over the moon happy. He'll keep them forever.”

“You and Simon should make one too,” Georgiana said.

“Uh…” Simon hemmed, as he pulled his vibrating smart phone out of his pocket.

“Er…I guess we could,” Ronnie said, wondering how in the world he could get out of doing such a silly thing without hurting Georgiana's feelings.

“Cool! Can we start right after dinner?” Georgiana said.

“Why not?” Georgiana asked.

“You’re not gonna be here either, Ron. Gramma just sent a text. She’s sending us on a mission…if we choose to accept it…and we better cuz it’s Gramma and she’ll cut off our ba…uh… smack us if we don’t,” Simon said. casting a furtive glance at his little sister.

“A mission?” Ronnie said, making a face. “Do I look like Tom Cruz?”

“Not at all! You’re much cuter,” Georgiana said.

Simon rolled his eyes and bit his tongue, lest he break his be-nice-promise again. “It’s not mission impossible. She wants us to pick up a few Christmas trees.”

“Whaddaya mean a few?” Ronnie said. “How many does she need?”

Simon sighed. “Apparently four less than she thought she needed. She has four extra trees and she wants us to bring them here,” Simon said, shaking his head as he texted her back:

Be there after dinner

“Four????” Ronnie shouted. “And what are we supposed to do with four Christmas trees?”

“One in the foyer, one in the living room and one in the family room," Georgiana said. "That's where we put the Halloween trees we decorated for the party."

"If I didn’t know better I’d say Gramma has gone off the deep end,” Simon said.

“Like you’re a little crazy or something,” Ronnie explained.

“Who in their right mind buys Christmas trees like eggs?” Simon muttered.

“They are when you buy them by the dozen,” Simon said.

"You mean...like twelve? That's a lot of Christmas trees!" she said.

“But what about the fourth one?” Ronnie asked. “Where do we put that one?”

Simon heard another text come in and looked at his phone. “Gramma has an answer for that too.”

Simon grinned. “She wants us to take one over to Violet’s house. Wonder if Sophie will be there. What do you think, Ron?”