Ch221 What secrets she holds 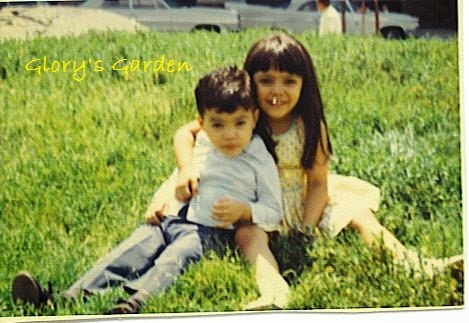 Ronnie sighed as he put the finishing touches onto the third song he’d written that week. Since being home—fighting depression-- all he could do was sit at the piano and write out his despair using musical notes instead of letters.

“Must be true,” he mumbled to himself. “Misery breeds creativity.”

Out of the corner of his eye he spotted Georgiana, standing at the threshold—and not for the first time. She’d been, for lack of a better word, spying on him all day and every time he had asked her if she wanted something, she’d scurry away shaking her head as if afraid of being gobbled up by the big bad wolf. He thought it was funny at first, but now it was a little disconcerting that she was so timid around him.

Instead of talking to her and making her run off again, he pretended he hadn’t seen her and set to playing a favorite Beethoven tune Fur Elise  —the first one he’d learned by heart from his grandmother Heidi-- and words sprung to his mind as he played.

He paused to sneak a peek at her and smiled at her stunned expression.

“Did you just make that up?” she gasped.

He laughed and shook his head. “Beethoven did most of the work. He wrote the music, all I did was make up the words. Did you like it?”

She nodded. “I’m not afraid of you, Ronnie,” she said.

“Good to know,” he said, beckoning her forward.

“Grampa Morris says if you work doing something you love it’s not work, it’s more like play,” she said.

Slowly, she did until she was close enough to touch the baby grand—a gift from his dad a few Christmases back. Ronnie loved it and he could tell by the way Georgiana looked at it, that she liked it too.

He also noticed she clutched a new looking notebook to her thin chest and wondered what she had there. A diary, perhaps or maybe just history homework? He didn’t know if he should ask in case she wanted his help—he hated school work, especially history!--but curiosity got the better of him.

“So…what you got there?”

“Um…okay,” she said, hesitating only a second.

He took it, opened the notebook and quickly skimmed down the list. It was not as he expected-- a wish list of what she wanted for Christmas. Instead it was ideas for gifts she wished to give to others. He smiled reading several ideas she scribbled next to his father’s name and each one checked off. He saw some other names had been checked off. She had been busy, making good progress on her list. He should be doing so well on his own!

His grandmother Marty was getting an infinity scarf—whatever that was--and Morris was getting a knitted hat. There was a bunch of names he didn’t know at all—must be those mythical angel kids he keeps hearing of.

He kept smiling and reading until he realized he himself was NOT on this list, but he noticed Simon very prominently placed near the top—right next to his father. His jaw clenched on impulse—over-shadowed once again by his smooth, sophisticated, genius brother. What else was new?

He tried to smile when he looked at her again. “Very nice,” he muttered handing the book back to her.

“It’s just…I’m not finished yet…and…if…when you’re not too busy…um…” she said, staring up at him with her huge, golden brown eyes.

“I was hoping you could help me cuz I don’t know what to get for… for Vic…I mean, for Daddy,” she said.

He frowned and grabbed the book again. “What are you talking about? You got three things here for him. He’ll love all of them.”

“But it’s not enough,” she said earnestly. “There’s three of us and he’s given me and my brothers so much. We live in a great house now with a father who loves us and takes care of us and spends lots of time with us and because he’s our dad now we have a big family! Grandma Marty and Grampa Morris are amazing and Auntie Catherine and Uncle Andy are so nice and… little cousin Andrea is so cute and…and you and Simon are awesome big brothers. Daddy loves us so much and we love him too…so…it’s not enough.” She stared at her notebook in dismay. “It’s never gonna be enough.”

Ronnie gaped at her and felt ashamed of himself. At her age, he had felt resentful that his parents were divorced and that he barely ever got to see his dad, but at least he HAD parents…one extra dad, in fact, when you count Andy and he did—when his real father wasn’t around. This kid and her brothers, however, they were orphans. They didn’t have anyone for the longest time and now that they do have all these people caring for them they truly appreciated it and wanted desperately to show it.

“Anyone ever tell ya you’re pretty awesome?” he said.

She giggled and nodded. “Daddy says it all the time.”

“Co’mere,” he said, scooping her up onto his lap where he gave her a little hug. “I betcha he’s gonna say you and Julian and Peter are the best gifts anyone could give him.”

She sat on Ronnie’s knees playing with the keys for a bit, hitting a few notes with one finger. Eventually a tune emerged…Mary had a little lamb.

She shrugged. “Tiny bit. Before Peter was born, when my dad—my first dad I mean-- was still with us, I had a few piano lessons, but I was real little...like four years old.”

“You did? Why’d you stop?” Ronnie said, before he could stop himself.

“It was my dad that was teaching me,” she said, playing a few more notes. She sighed. “My mom didn’t wanna hear the piano no more. It made her sad cuz…cuz my dad used to play it all the time and then he was gone and never came back. Then one day the piano was gone, too. She sold it.”

“I’m sorry,” he said and he thought for a while frowning. “Maybe I could teach you some? That could be my Christmas gift to you. Would you like that?”

She didn’t say anything at first, then she looked up at him with such sad eyes. “But I don’t know what to get you for Christmas. I’ve been thinking really hard of something to make you not so sad, but… I … I dunno what to give you.”

“You didn’t have trouble with Simon,” he said. “You got him a tie. It says so on your list.”

“Yeah, I just like jeans, but that’s got nothing to do with me giving you lessons though. Just get me some sheet music and a hug and I’ll be happy,” he said.

He pulled out a few colorful sheets of paper out from under the plain note paper on which he scribbled lyrics. “When I hear a song I like a lot, like on the radio or something, I buy the sheet music so I can learn how to play it.”

“Cool,” she said, looking over the sheets, stopping at one she recognized. “Can you play this one for me? I really like this song.”

“Sure,” he said, placing it on the stand. Then he made her sit beside him before he started.

She listened with rapt attention and stared at his fingers. When he started singing to her she smiled and she clapped when he finished.

“That’s awesome!” she gushed. “Can you teach me how to play this?”

He made a face. “We better start you off with scales and arppegios first. That’s how I learned, but if you practice enough you’ll be ready for more before you know it.”

“When can we start?” she asked eagerly.

“Now?” he said and he laughed when she gave an excited “Yip!”

They were playing for about a half hour when she suddenly looked up at him and said, “You must have lots of girlfriends.”

Taken aback, he said, “Why would you say that?”

“Cuz you’re amazing,” she said. “You’re so smart. You're just like Daddy.”

“Um…no, I’m not. I think you have me mixed up with my brother. I only look like Dad, but Simon’s the smart one,” Ronnie said, keeping the envy to a minimum.

“You’re both smart but in different ways,” Georgiana said. “You’re cool, too, cuz you're a musician and girls really like that.”

He had to laugh. “I guess, but I…I don’t have a girlfriend right now.”

“At Thanksgiving you watched Sophie’s video like a hundred times. That means you like her. You should ask her if she wants to be your girlfriend. I betcha she does!”

From your lips to God’s ears, kid, he thought, but he shook his head. “I can’t, Georgie.”

“Tell me 'bout it...but no, I can't...cuz…cuz…” Ronnie said, trying to find a way to explain this complication to a little kid.

“Daddy says Sophie is Violet’s daughter,” Georgiana said. “If Violet doesn’t like you she won’t let Sophie be your girlfriend.”

She nodded vigorously. “Me too! We all do. She would make an awesome mom for me and Julian and Peter,” she said.

“… then Sophie would be my…our step-sister, see?”

Georgiana’s eyes widened to their fullest extent. “Really? Just like me? I didn’t know that.”

“Yeah and so… your step-sister can’t be your girlfriend, see?” he said, looking dejected at the very thought.

“Tell me about it,” he mumbled.

They were silent for a few minutes. “Is that why you’re so sad?” she asked.

He started to nod, then a horrifying thought hit him. “Listen, Georgie, you can’t tell anybody, okay? I don’t want anybody to know I like her…especially Simon.”

“But he already knows,” she said, pouting again. “I heard him teasing you about it. I don’t like it that he teases you so much about everything. It’s not very nice. I never tease Julian and Peter like that.”

“Well, you’re a great sister then…better than me and Simon.”

She suddenly giggled. “You’re not sisters.”

He rolled his eyes. “You know what I mean.”

“I can keep a secret, Ronnie. I promise, I won’t tell Simon,” Georgiana said.

They both jumped. Simon was suddenly standing in the doorway.

Email ThisBlogThis!Share to TwitterShare to FacebookShare to Pinterest
Labels: What secrets she holds