Ch220 Get the feeling you’re being watched 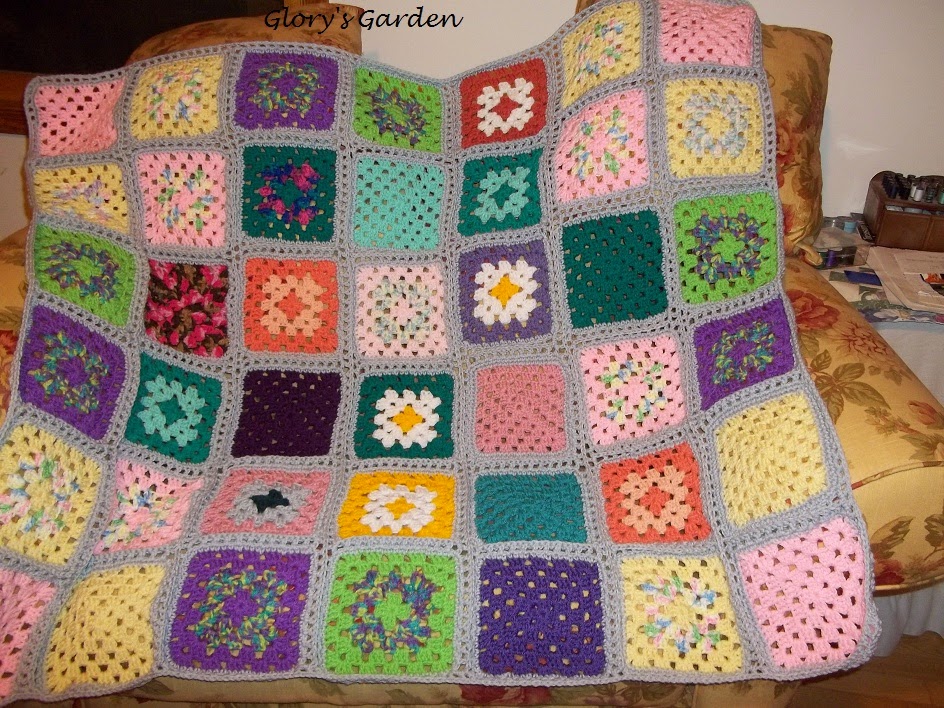 Ever get the feeling you’re being watched? Well, Violet had that feeling for a few days now, and she just couldn’t shake it. Little did she know she was indeed being watched…most carefully, too.

It was Sophie doing it.

What for…even Sophie couldn’t quite say. She just hoped to find a clue as to her mother’s real thoughts and feelings, but Sophie thought her mother was either on to her and knew she was being observed or she was so engrossed with Christmas preparations that she just wasn’t thinking of anything more than decorating innumerable Christmas stockings, using pounds of red and green sprinkles for the cookies she was baking by the truckload, and searching through her yarn stash for every color of the rainbow to knit dozens of wacky scarves, silly hats and goofy mittens.

Much to Sophie’s chagrin, Victor hadn’t been around either. Had her mother warned him to stay away? She would never know for certain because her mother would steer the conversation a different way every time he was mentioned, and Sophie tried mentioning him very often...just to get a rile out of her mother, but nothing! Violet was not cooperating.

Now Sophie was getting woefully bored, because watching her mom doing mom things was not exactly thrilling stuff. After the exciting life she had had prior to coming home, if all Sophie had to do was watch her mother sewing until mid-January, she might just about die or fall into a coma.

Please, someone save her from this! She nearly moaned aloud.

“Why don’t you run out and visit a friend?” Richard whispered in her ear.

She liked that idea. “Mom, do you mind if I go out tonight?” she heard herself say before giving it too much thought.

“No, where you going?” Violet asked, counting stitches.

Sophie didn’t have a plan exactly. Where could she go? What would she do? Who could she find to join her? She knew who she would love to see but... that fantasy wasn't at all likely, so why go there? She thought on it as she watched her mom knitting…or was it purling? Sophie couldn’t tell the difference, neither did she care.

“I could teach you how to crochet?” Violet suggested.

Sophie made a face. Crochet, huh? At least now she knew that crochet was when you use one stick with a hook at the end and knitting uses two pointy sticks. Of course, she didn’t give a rip about that either.

“You tried that once, remember? It was a disaster. My scarf ended up being a… um…a wonky dishcloth or something.”

Violet laughed. “And a very good dishcloth it was for a six year old! I used it every day for months!” she said. “And that was knitting and you just didn’t give it enough time. It gets easier as you get some practice.”

“No thanks,” Sophie said. “I’d be asleep before I learned the difference between knit and purl.”

Violet laughed again. “I suppose anything other than singing in front of a live audience would be quite boring, huh?”

“Does that mean you want to borrow my car?”

“Guess so, unless I can go with someone. Think Cassandra is home from school yet?” Sophie asked, setting aside her tablet and stretching her arms over her head.

“Only one way to find out,” Violet said, snipping the yarn with small scissors. “Call her. She’d love to see you I’m sure.”

Sophie wasn’t so certain about that. Last time they had spoken Sophie had pretty much put their friendship on hold…or more aptly Antoine had put an end to it by being so nasty to her. Cassandra refused all her calls since then. She sighed bitterly. Every time she thought about all she gave up because of that domineering Antoine  it made her feel so stupid.

Just then the doorbell rang.

“Well, it’s not Mr. Romanoff,” Sophie said, getting up from her seat. “He’d just walk in without knocking.”

Violet opened her mouth to argue, but realized her daughter was probably right.

“Mom, there’s a walking Christmas tree here for you.”

“Sorry, didn’t hear ya, Honey, what?” Violet said, following her into the foyer.

Sophie’s mouth fell open when she saw who was carrying the tree. “Antoine! What are you doing here?”

He smirked as he shoved his way into the foyer with a large, bushy, fresh-cut tree, holding it front and center. “My yearly delivery of your mom’s Christmas tree, of course,” he said. “Hello, Mrs. Bennett. How are you? It’s been such a long time. You look very well… Pretty as ever.”

“Oh, my tree! I had completely forgotten. That…uh…that’s so nice of you, Antoine, to bring it over,” Violet said. “Uh…thank you. Rather early for it though.”

“Uncle Frances kept the best Douglas fir for you, Mrs. Bennett, as always and told me to bring it right over before some scoundrel made off with it. Shall I set it up for you?”

“But we always put it in the living room,” Violet said.

“I mean, he doesn’t have to do it for us,” she said, giving her mother a significant look, which went right over her head.

“It’s part of the service,” Antoine said, hauling the tree into the room and looking about. “No tree stand?”

“Oh, need to look for it. It should be up in the attic with all the other Christmas decorations I haven't had a chance to bring down yet. I meant to get that stuff but…have so much to do. I’ll go get it,” Violet said.

“No, I’ll do it, Mom,” Sophie said, casting a wary glance at Antoine before making a break for the stairs.

“Well,” he said, watching Sophie's long legs sprint up the stairs. “How have you been, Mrs. Bennett? You look great. I hear you’re dating now.”

“Who told you that?” she snapped.

“Well, you can tell your mother I’m not dating anyone!” Violet said, her cheeks turning scarlet.

“I…I’m sorry,” he said, clearing his throat and quickly changing the subject. “So…have any plans for Christmas? You and Sophie are welcome to join my family on Christmas Eve. We're having  big party with loads of people you know. Everyone will be up, even relatives we haven’t seen in years. It’ll be a blast!”

“Well, we already have plans to…uh…my brother’s friend has invited us to a party on Christmas day,” Violet said.

“Well, that means you have the night before free,” he said giving her his most charming smile. “We’d love you to come even for just a little while. My parents haven’t seen you in so long. They'll think you don't like them anymore if you don't come. They asked me to make sure you know they expect you there. How ‘bout it? It’ll be nice.”

“But by then you'll be done, surely," he said. "Please? It’ll make us so happy to see you there. My sisters would love to see Sophie, too."

“Great,” he said, just as Sophie came back down with the bright red tree stand in hand. He took it allowing his hands to grasp hers for a moment. “There she is… the most beautiful girl in the world.”

“We can do that, Antoine,” she said, annoyed at such over-the-top flattery. “Don’t you have more trees to deliver?”

He shook his head. “Nope, last stop for the day. I was hoping I could take you out to the movies tonight. I thought you might like to see that new movie with Dan Radcliff.”

“You mean the Harry Potter actor?” Violet said. “Ooh, that would be nice! I heard it’s…uh…weird, but I’m sure you’d like that, Sophie.”

“Mom,” Sophie said through clenched teeth. “I have stuff to do.”

“No you don't. You just said you were bored stiff,” Violet said, all wide-eyed innocence.

Antoine grinned again. “I think a night out with me will cure any boredom. I heard there’s a new band playing at Danfords. We can check them out instead of the movie or afterwards if you like.”

He knew he had her when he saw that mentioning music unwittingly sparked her interest.

“They’re supposed to be good, but compared to what, I dunno. Justin Beiber or Bruno Mars?” He scoffed with distaste. “They both suck, but....Run up and get dressed, Sophie, while I fix the tree for your mother, then we can find out for ourselves how good they are. We can stop at the store for rotten tomatoes and roses.”

"What in the world do you want with rotten tomatoes?" Violet asked.

"Well, if the band sucks we can pelt them with them and if they're good we can toss roses at their feet, just like in Roman times," he said laughing.

"I suppose the roses would be okay, but the tomatoes just sound mean," Violet said.

"I think he's kidding, Mom," Sophie said, frowning slightly. "I'd like to hear a new band. Is that okay with you, Mom? The band doesn't usually play until pretty late so...we'll be back kinda late."

"I'll make sure she is home safe, Mrs. Bennett, no matter the time. We're both underage so we won't be drinking anything more than soda," Antoine said, before Violet could argue.

As Sophie dressed in her room, she knew she could have said no, should have said no, in fact, but she was dreadfully bored, and a new band to hear would be awesome, even with an annoying companion making snide remarks the whole time, but she could always get away from him if he got too unbearable. She had done it before, after all.

One more night out with Antoine wouldn’t hurt anything. He knew, at long last that she was not romantically interested in him....like ever! She’d made that quite clear in Miami.

She’d even pay her own way, the cover charge and she would buy her own drinks. There, that would make it quite clear to him that it was NOT a date, so he couldn’t expect anything, now could he?

Email ThisBlogThis!Share to TwitterShare to FacebookShare to Pinterest
Labels: Get the feeling you’re being watched