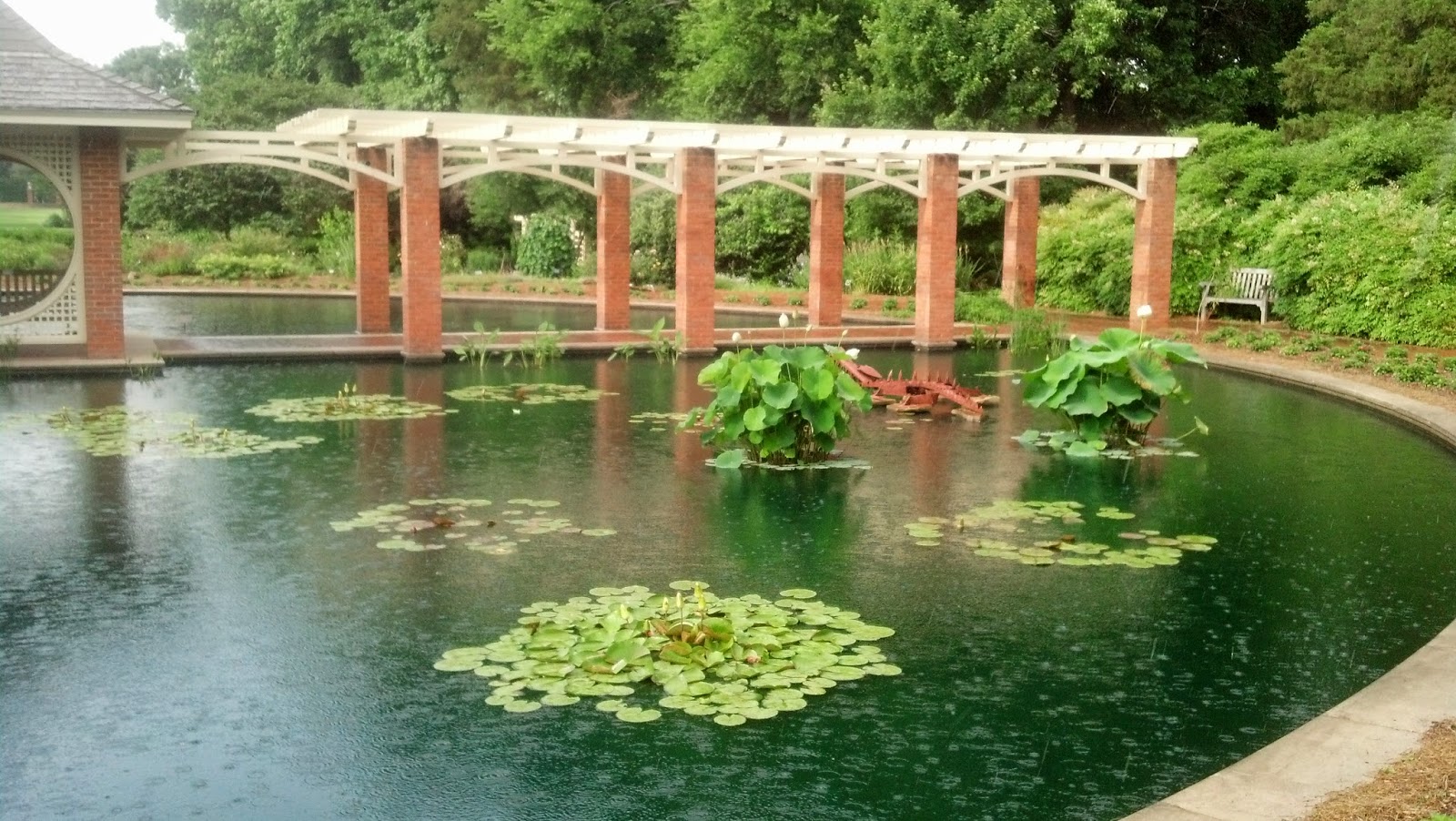 Victor had put it off long enough. He needed to get Violet on board with this surprise welcome-back-to-the-world-Christmas party which he promised to Freddy for their mother. He even had a plan of attack. He would attack—for lack of a better word-- Violet’s soft spot for the angel kids. But before he could put his plan in action he got an unexpected call from Ronnie.

“And by nothing you mean…what exactly?” Victor asked, opening his car door and getting in.

“My friends, my band… we pretty much broke up and…Jason got kicked out of the apartment, so we can’t even live there anymore and…everything's falling apart. I don’t know what to do, Dad,” Ronnie said, sounding as dejected as you can get.

“I meant home to my house,” Victor said. “But you do have to tell your mother at some point, Ronnie. You should not have let it go on this long as it is. It’s a miracle she hasn’t figured something isn’t quite right already.”

“Ronnie, you’re not jealous, are you?” Victor asked, hearing a sulkiness he hadn't heard in a long time.

“About her getting a baby? Hell no! They’ve been trying for so long I don’t know why they waited so long to try adoption.”

“Yeah, ever since they got married they been…oh, crap! I shouldn’t have told you that,” Ronnie said.

“Ronnie, come on, it hardly matters at this point,” Victor said, forcing a laugh. His mind whirled, though, belying his words. Catherine had been trying to conceive for all these years? It had been like pulling teeth from an ornery crocodile to get her to agree to having the boys and now that she really wanted to, she couldn’t? Didn’t make sense.

Why would she have trouble conceiving with Andy when she didn’t with him? Of course, that might be the answer right there. Possibly the problem was with Andy, not Catherine. But it was truly incredible that they had been trying for over a decade. No wonder she was so crazy about this new baby. Little Andrea was their final shot, the answer to their prayers.

“It…it’s wonderful that they finally have this baby…especially since, like you said, they’d been wanting one for so long. You should be happy for them,” Victor said.

“I am,” Ronnie insisted. “Mom and Andy are really happy now with little Andea. So… I was hoping…maybe now that she’s got what she always wanted, a baby to share with Andy….that she’d…kinda…let go of me.”

Victor wondered for a moment.  Knowing Catherine as he did, he highly doubted it, but this child was an all-consuming venture for her, so could she let up some on Ronnie?

“I guess it is a possibility,” he cautiously muttered.

“But not likely?” Ronnie asked.

“No, not very likely. You are still her son, Ronnie, so of course she will want you to succeed and the only way she thinks you will is if she keeps on top of you,” Victor said. “But now is your chance to show her you can succeed on your own terms. You need to stand up to her. If you want control of your destiny, you better come up with a plan. You need to formulate this plan, show her your plan and execute it.”

“She’ll just execute me,” he mumbled.

Victor laughed. “No, she won’t. Why don’t you come home now, okay? Stay with me and the kids and…do some serious thinking about what you want to do with your future. We can talk it over and come up with something together. Okay?”

There was silence for so long he glanced at his cell to see it he lost him. “Ronnie, you still there?”

“You have three new kids now.”

“There’s plenty of room for you. You still have your own room as does Simon,” Victor said. “And if you can’t think with too many kids around, you can always stay at…”

Victor laughed. “I wasn’t. I was going to say over at your grandmother’s or even Violet’s.”

“Violet? But…I thought you said she wasn’t… that you guys weren’t…like…together anymore.”

“Dad, I don’t wanna make it worse for you,” Ronnie said.

“You won't. It was her suggestion anyway, in case there wasn’t enough room for you plus Simon when everyone’s home for the holidays, but I think we’ll be okay without having to bother her. She told me Kenny and his wife plus her daughter would be coming home for Christmas and…”

“Sophie’s coming back from Florida?” he shouted. “But her band was doing so great and…”

“They are all taking a long break to go back home to their respective families and they’ll be getting back together after the holidays.”

“So, in January she’ll be going back to Florida?” Ronnie asked.

“No. She’s leaving Florida permanently actually. She's going to live in Manhattan and she might attend Columbia, Violet tells me. Something about there being a good music program there which I believe I had told you that several times. You might want to look into it yourself. I’ll be going into the city in a few days. I could come get you and bring you home so you can figure out what exactly it is you want. Who knows? Maybe Sophie can help you decide,” Victor said and he frowned when he heard no reply. “Ronnie, are you there anymore?”

“Good! I’ll call you when I know for sure I’m going into the city, okay?”

"You're not mad at me for being a screw up?" Ronnie asked.

"You're not a screw up, and no, I'm not mad. It takes more time than others to figure out what their calling is. Some don't figure it out until old age and a few never do, but you will discover what you wish to do. Just follow your heart."

"Follow my heart..." he said, almost reverently. "Know what?"

"What?" Victor asked, starting the car.

“I try. See you soon, Bud,” Victor said before hanging up. He then turned onto Shady Creek Lane heading to Violet’s house. He was grateful he didn’t have the kids to worry about today. It would make his plan all the easier to sell to Violet.

Marty and Morris had proven themselves to be quite useful in the dotting-grandparents-keeping-the-kids-busy department. They were taking Julian, Peter and Georgiana to a new indoor paintball park in Meridale, and because they were missing their angel kid friends, Morris insisted they take all of them along.

“You’re nuts!” Victor told them point blank. “Do you realize how many that will be? Far too many for you to handle!”

“Sonny, if I could take down the enemy in Korea and not get myself dragged back home in a body bag I think I can handle a bunch of kids shooting paintballs at me,” Morris snarled.

Victor had just left them to it hoping the kids didn’t really put him into a paint-splattered body bag this time around.

“Now let’s just hope Violet’s willing to start today,” he mumbled to himself as he turned into her driveway right behind her car.

It was Saturday—her usual day off—but being Weston Botanical’s holiday hours were much longer and most employees had to work overtime because of it, Victor had not been certain she would be home. Upon seeing her car, however, he smiled. Another hurdle cleared.

He bounded up the steps and rang the doorbell once, twice, three times and frowned. It was too late for her to be in the shower, but she could be holed up in her sewing room or baking up a storm in the kitchen with the radio blasting as she always does. He tried the doorknob and cursed under his breath when he turned it with ease.

“Dammit, woman, you’re just begging to be killed in your sleep,” he muttered coming inside.

He looked around the first floor, through the living room--where he found Calendula and gave her a scratch behind the ears-- in the kitchen, glancing into the dining room and the family room—all the while calling out.

“Violet! Oh, Violet! I have a favor to ask and I won’t even chastise you for leaving the door un…… locked.”  He stopped abruptly, his jaw somewhere around his chest. He was standing at the foot of the stairs with one foot on the bottom step staring up at—not Violet whom he expected—but instead, a slender girl with golden blonde hair and very familiar blue eyes—Richard’s eyes.

“Hello…Mr. Romanoff,” she said calmly, slowly walking down the steps with a curious expression on her face.

“Vi…your mother told you about me?” he asked, surprised.

“Not a word,” she said, shrewdly looking him over.

“Mr. Romanoff, I and everbody else in town know who you are. I have ever since your sons came to Catalpa Valley to live with Coach Andy and their mother.”

She came to stop on the second step from the bottom so their eyes were on the same level, and she stared at him with her hands propped on her hips. “Now, one question.”

“Okay, for the moment only two,” she said, trying not to smile. “Number one, are you in the habit of invading women’s houses when they are not home and number two, what exactly should my mother tell me about you?"

“Number one, I saw Violet’s car and assumed she’d be home, and I didn't need to break in as the door was unlocked, and number two, that’s an extremely long story," he said.

They stared at each other and instantly knew. They were going to like each other very much.

Email ThisBlogThis!Share to TwitterShare to FacebookShare to Pinterest
Labels: Plan of attack