Ch215 This is incredible 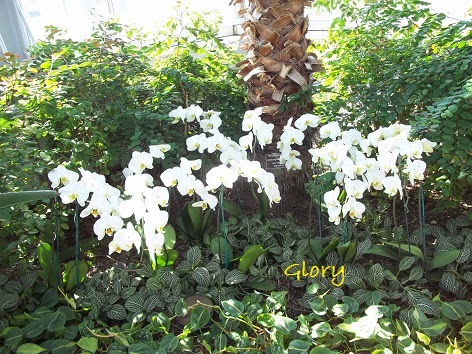 “You can’t know how incredible it is! It’s a miracle!”

Victor had to suppress a laugh as he watched Freddy pacing back and forth in front of his desk, his face lit from within with a happiness Freddy rarely showed and Victor had never seen before.

“I can imagine,” he said, sedately. “Freddy, can you sit still for a minute? It’s exhausting just watching you.”

“Sit still???” he shouted. “I can’t sit still! I don’t think I’ll ever sit still again. Don’t you understand what this means?”

“I do, believe me I do,” Victor said, leaning back in his chair ready to listen all over again, because Freddy needed to say it in order to make it real. It obviously wasn’t quite real enough yet.

“All these years we blamed our messed up childhood on a… on a crazy detached mother and an overbearing tyrant of a father. He blamed everything on her, but he was no better. He was worse in lots of ways and I’m sure he made her worse with his… he was such a bastard, Victor! You’re lucky never to have met him! Not even attempting to hide his running around with sleazy woman and…then he locked Mom away so he wouldn’t have to pretend to hide it anymore…not even from us kids! Just washed his hand of her…without so much as a backward glance….did the same to Violet a few years later. By then I had had enough of him too, so I left too. Richard’s parents were the best taking us is like that…no questions asked. No need. They knew the whole...entire town did.”

Victor frowned. That explained Violet feircely protecting her reputation and not wanting to be the talk of the town.

Freddy took a breath, shook his head and stared off into space for a minute, then continued his manic pacing. “He didn’t give a rip what happened to her…or us... just as long as he had his jollies, the fricken bastard! and all along…all these wasted years when… my God, she was still there! She was still in there somewhere, just… locked inside. All she needed was…”

Freddy suddenly stopped the pacing and his disjointed rambling, and turned to look Victor square in the eyes. “You.”

“All she needed was you. You started the ball rolling, Vic. You knew there was something wrong with the bogus diagnosis… when no one else did you knew, when everyone, including me, had given up hope.”

“Freddy, no,” Victor said, standing up, coming to stand in front of the desk. “All I did was get the best neurologist I knew to agree to see her, to run some tests. Doctor Kruger did all the rest.”

Freddy stared at him shaking his head. “You have no idea what you’ve done,” he whispered, his voice full of emotion. His eyes filling with tears he smiled. “You’ve brought my mother back from the nearly dead.”

In two long strides, Victor was enveloped in a fierce bear hug. “I love you, man. You’re the best friend I ever had.”

“I love you too, Freddy…in a totally non-gay way, of course,” Victor said, which drew a chuckle out of Freddy.

“I have no idea how to repay you for this, Vic. I’d give you my first born but why the heck would you want a mercurial teenage girl?” he said.

Victor laughed as Freddy pulled away, wiping at his face with the back of his hand.
“Maybe to babysit my new clan?” Victor suggested.

“Anything you want, it’s yours,” Freddy said. “I mean it, anything!”

“Put in a good word for me with your sister, and we’ll call it even,” Victor said.

“I’ll go one better than that. I’ll hound her unmercifully until she marries you. We all know she should! Heck, when she finds out about this and your role in it…but that’ll have to wait until…she wants to meet you.”

Victor raised his eyebrows again. “I think Violet and I have long since gotten past the meeting stage.”

“You can’t blame her, Freddy. She has to get used to being in company again. It’s been so long,” Victor said. “I’d love to meet her, but only when she is ready. Will she be staying with you?”

“No, she insisted on staying at the Woolsey Convalescent home so Doctor Kruger can check on her progress. She’s so thin and weak from years of…,” Freddy shook his head as if not willing to think of his mother’s time in a mental institution when she never should have been there. “She needs to rebuild her strength and stamina before she makes her reappearance into the world.”

Victor nodded. “How long do you think?”

“Her plan is to come back just before Christmas. She wants to surprise everybody.”

"Yes, especially Violet, so... we haven’t told anyone… except you, of course…not even the kids. Molly is not one to keep secrets well and Jimmy is no better,” Freddy said, letting go a deep exhale as if the weight of the world had just been lifted off his chest. “I think I can trust you not to spill the beans?”

Victor grinned and made to zipper his lips.  “I’m so glad all went so well for her. Let me know if there’s anything else you need from me to make her transition to the real world as smooth as possible.”

Freddy stared at him, a hopeful expression on his face.

“I have no right to ask any more from you…” Freddy slowly said.

“You have such a large house and beautiful. The Halloween Party was a smash hit because you’re a great host and the amazing decorations and awesome food. Everybody had a great time. It’s the perfect place for a Christmasy type welcome-back-to-the-world party and Laurie wouldn’t have to cook a thing which is a wonderful Christmas present for everybody!”

Victor laughed. “Freddy, would you and your family, including your mother whom I would love to meet then, like to come to a spectacular Christmas Eve party at my house?”

Freddy hugged him again. “I love you, man!”

“In a totally non-gay way, I’m sure,” Victor said.

It wasn’t until Freddy had gone to his own offices just down the road a bit, that Victor tented his fingers, tapping his lips with them and grew pensive.

“Now let’s see…” he mutter to himself, “Now how can I get Violet to help me with this party without letting on it’s for her newly-recovered mother?”

“You’ll think of something, I’m sure,” Richard replied.

Email ThisBlogThis!Share to TwitterShare to FacebookShare to Pinterest
Labels: This is incredible