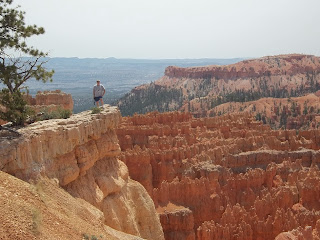 “Victor? Are you not going to answer me?”
He looked at Helen for a long moment. “Do you really want to know what I want?”
“I wouldn’t have asked if I didn’t,” she replied, tilting her head to the side again and she smiled.
He liked when she did that; tilting her head as if signaling she was ready to be kissed and happy for the privilege. He looked down to her lips. Her pretty, smiling, glossy pink lips, tempted him for a taste, but before he indulged in that, he needed to find out a few things, or rather, he needed to explain to her what he required.
“Would you like to step out onto the patio?” he asked.
Her smile broadened. “You wouldn’t be trying to get out of our dance, I hope. Cuz if you are, you’ll get none of my dessert and I’ll take all of yours!”
He chuckled and shook his head. “We can dance all night if you like, or at least until the babysitter expects you back.”
“Oh, I’m pretty sure Mrs. Silverstone is already sound asleep with her crochet hook in hand and a ball of yarn at her feet, and my girls are pigging out on her freshly baked chocolate chip cookies and will soon be snoozing away too, so no one is expecting me back too soon.”
“I see,” he said, reading between the lines. “Okay, we’ll dance until your tiramisu starts beckoning. Then over dessert I’ll give you my answer. That sound all right?”
She laughed. “Okay,” she said, wrapping her arms around his neck. “But I warn you up front, Victor. I’m hearing nothing but music right now.”
“Good,” he said and he twirled her around, dipped her and straightened her up again.

Email ThisBlogThis!Share to TwitterShare to FacebookShare to Pinterest
Labels: What I want