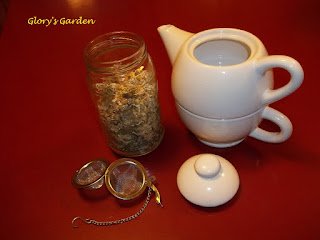 “Did you have a nice time?”

“Aunt Lucy, you shouldn’t have waited up for us. I would’ve locked up for you,” Victor said.

“Oh, it’s still early. I only sleep a few hours anyway. So…did you like the castle, Violet? Was the food good? Did you enjoy yourself?” she said eagerly.

Violet tried to smile, but failed.

“What’s wrong?” Lucy said, placing a comforting hand on her arm. “Goodness! You’re shaking like a leaf. Victor, what have you done to this poor child?”

“We almost ran into a family of bears. She’s spooked is all. She’ll be fine,” he said.

Lucy glared at him. “Oh, sure, nothing to you. You beast! She’s upset and needs a nice cup of tea and sympathy to calm her nerves. Come with me sweetie,” she said putting her arms around her and forcing her to the kitchen. Turning back to Victor she snapped, “You run along to bed. You’ve done quite enough damage!”


“What? I’m chopped liver all of a sudden?” Victor grumbled as he locked the front door and went obediently up the stairs.

Violet sat at the kitchen table watching Lucy bustle around the kitchen setting the kettle to boil and getting cups and spoons ready all the while chattering non-stop.

“So, did you like Chenille and her boy-toy?” Lucy said, a note of disapproval in her voice.

“Anders is his name and he was very nice and I did so like his castle. Such a surprise here in New York. Who would guess?” Violet said.

Lucy smirked as she poured the water into the teapot and set it on the table. “I despise that woman, too.”

“Didn’t have to. Who could stand her? Except for men who only seem to think with their…well, you know. The self-centered little upstart shows up here and expects us to kiss her patootie? I don’t think so! Almost fell off my chair when Victor agreed to have dinner with them. How unfortunate that you should come up when she was here. You would have had a nice romantic dinner there if not for her. I’m sure you were treated to a non-stop I’m-the-best-in-the-world-fest. I swear that brat has been after Victor since she was five years old and she hasn’t stopped and hasn’t changed a whit. So glad he never fell for her….the little tart!”

“According to Victor he did at some point…as a teenager I imagine,” Violet muttered.

“What! I’m going to have to talk to that boy! Him allowing that nasty piece of work to…oh, now I’m ticked!”

Violet stared with her mouth hanging open as Lucy continued with her tirade.

“Don’t know how she turned out so bad. Her mother was such a dear,” Lucy said, shaking her head as she poured out the tea. “She might not have had such a good time at dinner with you there, though. That’s good to know. She hates sharing the spotlight and share it she must with a pretty little thing like you around.”

“She monopolized Victor the whole night, but Anders was very attentive to me,” Violet volunteered when she found she could get a word in edgewise.

“Good! About time someone showed her what a real lady is!”

Violet couldn’t help it…she burst out laughing! All thought of the near encounter of the ursine kind banished from her mind.

This was precisely Lucy’s intention. She smiled at her as she placed the steaming cup of tea in front of her and passed the honey jar. She then sat across from her and poured a cup for herself.

“There now, isn’t this nice?” she said, inhaling the fragrant tea before taking a sip.

“I love chamomile,” Violet said. “It’s my favorite before going to bed.” At the word bed the image of Victor sprawled out on the bed upstairs in their quaint little room wearing close to nothing, popped into her head. She could feel the heat rush up her neck, her hand shook and she nearly spilled her tea.

“Oh, dear, still a little wobbly, huh?” Lucy said, a crease forming between her brows. Looking at Violet closely Lucy noticed the flushed complexion  and how she clung to her shawl, covering herself up as much as possible, and how very often she tugged at the hem of her dress. This surely had nothing to do with bears.

“I get the feeling it’s not the bears making you nervous now. Is this the first time you’ve gone away with Victor?”

Violet blushed scarlet, sipped at the tea then shook her head.

“You are not feeling intimidated by that hideous cow? Well, don’t be! You are far prettier, sweet as pie and a thousand times nicer, too. That’s far more important, you know. I’m certain Victor knows this and if he doesn’t…” She paused here to reach for her heavy rolling pin, holding it up as if it was a bat ready to swing it at whichever unfortunate head might get in its way. “I’m always willing to give a refresher course.”

Violet giggled into her tea. “He pretty much told me the same thing just now, so you can put away your weapon.”

Violet nodded and sipped at the tea. “I…uh…I was married before,” she said in a near whisper.

“Hard to imagine if you hadn’t been, pretty as you are,” Lucy said. “Victor was married before, too, as I’m sure you already know. The Cat--that’s what I call his ex--well, she just wasn’t right for him, but no one could tell him that. I can’t imagine any smart man divorcing you, though. You’re so sweet!”

Violet shook her head. “Richard died…um…a year and a half ago.”

“And Victor doesn’t understand this,” Lucy said, a disapproving scowl on her face.

Violet shook her head. “Not much. He does try, but…” Violet bit down on her trembling bottom lip.

“But he’s a man,” Lucy finished for her, looking as if she’d like to take the rolling pin to his head.

“I can understand his annoyance. It’s almost been a year since we met, but we were just friends at first. I told him from the first that I didn’t want anything else, just friendship. I told him straight up that I would always be true to Richard, but…”

“That’s a hard and foolish thing to promise to yourself. You’re too young to hide yourself away from love. Cupid had other plans for you. That’s why he sent Victor to you.”

“Victor obviously wanted more right away, but he…he lied, cuz he knew I’d put a stop to it. Eventually, I figured it out though. I’m slow on the uptake, I guess,” Violet said, pausing for another sip.

“No, I don’t think that was it at all. You weren’t ready so you saw what you wanted to see; just a friend and he was that for a good long time, I’m thinking,” Lucy said with a kind smile.

“Yes, he still is… but…he asked me to marry him …I think three times now…I may have lost count…but before I was ready. I just don’t think I’ll ever be ready. He’s fed up with me, cuz…I’m not like Chenille… I…"

“Of course you aren’t! And who would want you to be?” Lucy huffed indignantly.

“No, I mean, I don’t take…um…sex lightly and I’m such a tease even if I don’t mean to be. It’s just…he could seduce me so easily... he nearly has several times, but he doesn’t press his advantage cuz he knows...”

“Do you wish he would so as to take the blame off of you?”

She stared aghast, her cheek flaming red. She then hurriedly looked away into her tea cup. “Um…I don’t know…maybe? We …uh… we were kissing and…he makes me feel so…he’s so sweet and so loving and so…wonderful. Just like…I didn’t mean to call him by Richard’s name. It just happened.”

“Don’t make me feel worse than I already do,” Violet mumbled.

“Oh, Honey, don’t fret,” Lucy said, pushing a plate of cookies in front of Violet. “If I cried every time I bruised Vladimir’s fragile ego, we’d be flooded out of here.”

“I’ll bet you never called him by another name, though,” Violet countered.

Lucy pondered this a moment. “I suppose not, but maybe I should try it and see how he takes it,” she said.

Lucy gave her a wicked grin. “I think I will. If you hear a loud thump in the middle of the night, it’s him falling off the bed.”

Violet burst out laughing, just as the man in question appeared looking as grumpy as a sleepy bear.

Lucy rolled her eyes, as Violet hid her smile behind the tea cup. “What do you think I called you? You’d think the man would know his own name after this long, wouldn’t you, Violet?”

“Girl talk, huh? No good ever came from that,” he said, scratching his head. “You should be sleeping, Luce, or else come morning you’ll end up putting the eggs in the toaster and the waffle batter in the skillet.”

“Then we’ll have pancakes. No worries. All right, Charlie, be right there,” Lucy said, getting up and taking their empty cups to the sink.

“What you just say?” he said frowning at her.

“Pancakes are just as good as waffles!” Lucy snapped. “Are you going senile or something? Now shoo!”

Violet was dying. One look at Vladimir’s bewildered face and she burst out laughing.

“Well, heck if I know, Sam. Time for bed,” Lucy said, giving Violet a hug and turning out the lights.

“I said it’s sleepy time, you old goat!” Lucy said. “Nighty-night, Violet honey. Give Victor a big kiss for me.”

Violet nodded as she watching the older couple shuffle down the hall, hand in hand, to their own bedroom.

Then she looked up the stairs to her own bedroom and her heart gave a little jump. Victor was waiting there and she had no idea what to say to him.

Posted by Glorygarden@msn.com at Monday, February 04, 2013

Email ThisBlogThis!Share to TwitterShare to FacebookShare to Pinterest
Labels: Tea and Sympathy