Ch 148 Two Gorgeous men, a Bimbo and a Perpetual Virgin

Two gorgeous men, a bimbo and a perpetual virgin riding at break-neck speed on curvy, hilly back roads in a violescent Rolls Royce…sounds like the start of a bad joke, doesn’t it? Oddly enough, Violet found nothing humorous about the situation.

It seemed the ride back to the Bed and breakfast would never end. She was tempted to pop the door open and toss herself out—effectively taking her out of her misery. She surely would do it if that insufferable woman clinging to Victor didn’t shut the hell up!

Violet had been in such a good mood upon leaving the castle. The tour of the place with Anders had brightened things considerably; a welcome shift after being annoyed the entire night, but leave it to his lady-love to ruin even that.

“Well, it’s just too bad it’s not summer,” Chenille cooed to Victor. She had insisted on sitting with him again in the back seat, but much to Violet’s satisfaction, this didn’t seem to appeal to Victor any longer. He had tried several times while walking about the castle to disentangle himself from Chenille’s clutches and go back to Violet, but she—Chenille that is-- wouldn’t allow it. She clung to Victor like white on rice.

Email ThisBlogThis!Share to TwitterShare to FacebookShare to Pinterest
Labels: a Bimbo and a Perpetual Virgin, Two Gorgeous men So, there they were, Victor and Anders, man to man. Without the ladies present they didn’t seem much inclined to chat. What did they have in common, after all, except both bedding Chenille?

Anders absently pulled a silver case--an ancient one passed down through the generations-- out of an inside pocket. He opened it and had been about to remove a slim, dark cigarette from it when he sighed and closed it over. He then proceeded to tap it on the table and flip it to the next side between each subsequent tap, all the while staring at Victor’s surly expression. He found it rather amusing.

“I keep forgetting I’m in America. You Americans do not approve of cigarettes,” he said, good-naturedly.

“No, that’s not true at all. The Government just wants to get as much taxes as possible from anybody unfortunate enough to find pleasure in using them or to be addicted,” Victor irritably retorted.
Read more »
Posted by Glorygarden@msn.com at Monday, January 21, 2013 No comments:

Email ThisBlogThis!Share to TwitterShare to FacebookShare to Pinterest
Labels: man to man

Anders, looking very much like a man in love, approached the hostess, with Violet securely at his side. Anyone would think she was his date. He gave the hostess a winning smile which she returned in kind.

After some pleasantries he said, “We are four all together.” He then looked behind them and smiled.
Violet marveled that Anders had no qualms whatsoever when his girlfriend of ten years was making quite a spectacle of herself with all that untoward attention on Victor. Anders appeared completely unconcerned that Victor had taken his date, effectively switching partners. On the other hand, Violet was alternately seething inside and unduly hurt.
Read more »
Posted by Glorygarden@msn.com at Monday, January 14, 2013 No comments:

Email ThisBlogThis!Share to TwitterShare to FacebookShare to Pinterest
Labels: man in love 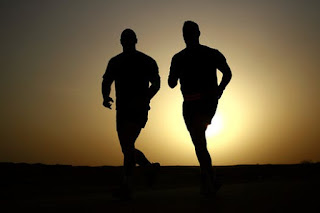 “I do believe I'm going to like switching men,” Chenille said.

“Come, Sweet Violeta,” the Fabio look alike said, taking Violet’s hand and hooking it around his arm. “You may ride in front with me.”

In distress, Violet glanced behind her only to see Victor glued to the Amazon and seemingly forgetting all about her. Goodness! Were they honestly switching partners? And just how far were these miscreants willing to go with that notion? Panic seized her as Fabio—really she must ask this man his name— walked her outside.

“Don’t vorry, Violeta, it goes both vays, you see,” he whispered in her ear. “I hope you don’t mind old automobiles?”

Read more »
Posted by Glorygarden@msn.com at Monday, January 07, 2013 No comments: