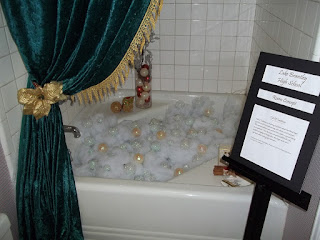 As she suspected, Victor was no longer in the room when Violet finally emerged from the bath. Discovering the room vacant, she sighed, torn between relief and disappointment. She then promptly and severely chided herself for feeling both.

She swallowed hard as she set aside her no-frills bra and Granny panties—Jocelyn’s name for the comfy, practical Hanes underwear she always wore~~ and she gingerly touched the naughty little corset thing she was to wear under the even naughtier dress.

It was indeed sinful looking, all scarlet satin with black velvet trimming. It certainly belonged more in a brothel in New Orleans than a quaint little bed and breakfast in upstate New York.

Read more »
Posted by Glorygarden@msn.com at Monday, December 31, 2012 No comments: 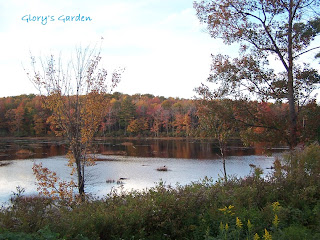 “Oh, my God,” Violet muttered as she finally examined the contents of her overnight bag—the one Victor packed for her. “I knew I couldn’t trust him!”

“You, of course, you…you…” she stopped in mid-sentence as she turned to shout at him and instead gasped.

Victor stood in front of a steaming bathroom door with only a towel—and a rather small one, too— casually flung around his hips.

“Magnificent specimen of a man comes to mind, don’t you think?” Heidi teased.

“You’ll say what?” Victor asked coming toward her.

Panicking, she turned away and fervently wished to heaven she had not listened to her inner voice which had been getting her in a load of trouble lately.

Read more »
Posted by Glorygarden@msn.com at Monday, December 24, 2012 No comments:

Email ThisBlogThis!Share to TwitterShare to FacebookShare to Pinterest
Labels: just a tease 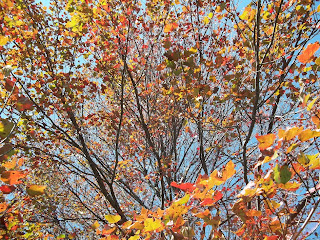 The lovely views of colorful, tree-covered hills had Violet so enthralled that she hadn’t notice when Victor turned onto a long and winding dirt road.

“It’s gorgeous up here!” she gushed upon seeing the large lake whose water glistened in the brilliant sunshine and reflected the vibrant neon yellows, oranges and reds of the trees surrounding it.

“Especially during autumn, it is. The colors seem brighter than usual this year,” Victor said.

“That must be because I’m here!” she said with a gleeful laugh.

“Must be,” he agreed, just as he arrived at end of the road and the best little B&B in upstate New York. “We’re here.”

“I can see that,” he said somewhat irritably as he straightened his enormous, creaky-boned form from his own chair and watched the dust cloud emerge from the trees—a sure sign they were getting company.

“I did tell you he was bringing a lady friend,” she said.

“Only a dozen times,” he replied. “Bout time he brought up a girl to meet us. Boy’s been alone too long. Ain’t good for a man, uh?”

Read more »
Posted by Glorygarden@msn.com at Monday, December 17, 2012 No comments:

Email ThisBlogThis!Share to TwitterShare to FacebookShare to Pinterest
Labels: The Best little B and B in NY 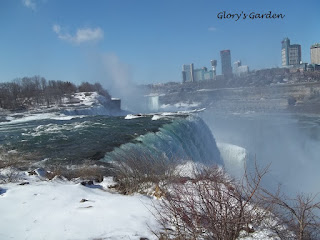 “Yes, it's always like that the first time you see it. It is breathtaking,” he said, kissing her cheek.

He stood behind her, his hands on her shoulders now slipping down to encircle her waist hugging her to him as she watched the eighth wonder of the world—Niagara falls-- its rushing water cascading with deadly force over the precipice and down, down, down to the rocks below.

“I never imagined it was so…oh, Victor,” she gushed.

Victor turned the doorknob and growled. “Will she ever lock this thing?” he muttered.

“Meew,” was the only response he got. It came from kitty Calendula.

“Ginger fluff, can’t you tell Violet to lock this door?” he said. “I’m going to come over one day and find her murdered. I would think you’d care. She is your personal can opener, you know. If we don’t save her from herself, you won’t get fed anymore.”

This speech did not seem to impress the cat. She just yawned. She then snaked around his ankles and sneaked out of the door before Victor got the chance to close it.

“Lock up after you come back in!” he shouted at the silly animal with its tail haughtily up in the air.

He looked around, and with no Violet to greet him, he frowned.

“Violet?” he called out, but he received no answer. He searched the downstairs growing increasingly concerned. Each empty room showed no sign of her.

“God, no!” he muttered as he bound up the stairs taking them two at a time. Her bedroom was still and vacant as was Sophie’s across the hall. The one at the end of the hall, however, hummed with the sound of a mechanical appliance.

Read more »
Posted by Glorygarden@msn.com at Monday, December 03, 2012 No comments: