Ch103: Saved by the baby by Glory Lennon 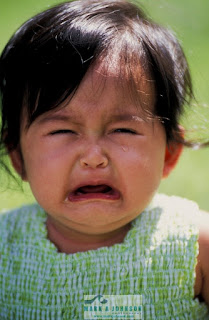 Violet stared up at Victor, astounded. Later…much later she would attribute shock to her, shall we say, hesitation. She more than hesitated, if truth be told. Her mind whirled with the fantasy which she had only just been imagining. She knew she was a mere spec of a millimeter from saying yes. She wanted so very desperately to say yes and she might have done so if it hadn’t been for Carmencita awakening just then with a piercing shriek.

“The baby,” she said, instantly reacting to her cries as any mother would. She tried pushing away from Victor, but he held her tightly pressed against him.

“Lucia will go to her,” he said, just as Lucia, without being told, did indeed jump out of the pool, grabbing a towel first, then going to tend to her little sister.

“Victor, please,” Violet whispered, again trying to push away and again he held her fast.

She opened her mouth, not quite knowing what she would say and then…

“Oh…” Violet said and she swam to the side of the pool, Victor having finally released her. She grabbed a towel, wrapped it around herself and ran to the catalpa tree under which Lucia tried to soothe the frantically squirming baby.

“She just threw up and…”

“What’s wrong with the baby?” Victor said, getting down on his knees with the others.

“She has a terrible fever, Victor,” Violet said.

“Her belly hurts, too,” Lucia said, biting her bottom lip.

“Then the others would be sick, too,” Victor said watching the tiny girl clutch at her right side. Dread filled him as his eyes met Violet.

“No,” he lied, glancing briefly at Lucia, who looked scared to death. “Probably just a stomach virus, but just to make sure I’ll take her to the hospital.”

Victor then placed a hand on Lucia’s cheek and smiled. “Don’t worry, Honey. I have friends at the hospital and they’ll take great care of her, okay?”

“Can I come with her?” Lucia said, tears filling her eyes.

“I need you here to help Violet with the younger kids, get them dressed and ready to go home,” he said standing up.

He went to the pool, Lucia and Violet with the baby following. “Guys, listen up. I’m sorry but we have to cut this pool party short. I have to take the baby to the doctor. Everybody get out and dress quickly. The Trents will be here soon to take you home. Claire and Janey, please help Lucia with the younger ones.”

Before Victor was done with his speech Joaquin shot out of the pool. “What’s wrong with my sister?” he said, anxiously.

“Probably nothing,” Victor said, grabbing a t-shirt and tossing it over his head. “It’s just in case, okay? We’ll take good care of her. Don’t worry. Help the girls. You’re the man in charge now.” With that Victor and Violet headed around the house.

Joaquin watched them go before turning to his tearful older sister. “Did they say anything?”

She shrugged a tear slipping down her face. “That it could be a stomach virus, but I don’t believe it.”

“Neither do I. They wouldn’t look so worried if it was just that,” he gravely said. Then he quickly turned to the pool and the kids who were still splashing around. “You heard Victor. Get out now!”

“Who died and left you boss?” Jeff said, swimming to the deep end.

“Victor just made me boss and if you ever want him to invite us back, you better listen,” Joaquin retorted.

One by grumpy one they all climbed out.

Peter was the first one out and he stood in front of Lucia who held out a towel for him and wrapped it around him vigorously rubbing him dry. “Victor’s gonna ‘dopt me,” he said, a serene smile on his face.

Lucia hugged him briefly and whispered, “I wish that too, Peter.”

With his cell to his ear, Victor went into the van and took out Carmencita’s car seat. He then fitted it into his car while he spoke to the Trents explaining the situation. He tossed the phone onto the front seat then allowed Violet to place the still howling baby inside.

“Oh, sweetie, it’s okay. We’ll make you all better real soon,” Violet said, kissing her and then closing the door. She turned to Victor and added, “I wish I could go and be with her.”

“You will. The Trents will be here soon. When the kids are gone you get dressed and come.”

“I’ll have to go home for clothes. You shouldn’t have tossed me in the pool!” she snapped.

“Go in my room and you’ll find something for you,” he said, opening his car door. “Come quick. Our baby needs you and…” He wrapped his arm around her and kissed her.  “I love you.”

Violet watched him back out of the driveway and down the road until he went out of sight. In a daze, she turned back to the house. “As if I don’t have anything else to worry about,” she mumbled.

She found all the kids out of the pool and some already dressed.

“Don’t look!” she heard Billy say to Claire who held a towel to shield him from view. She dutifully shut her eyes and turned her face away as he pulled down his swim suit and quickly donned his clothes.

Violet never felt more relief than when she heard the Trents drive up and honk. She quickly gave a hug to each child before they boarded the van. She had an extra-long one for Lucia and Maria, both of which were tearful and visibly frightened.

“Everything will be fine. You’ll see,” Violet told them.

“Will you tell us?” Lucia asked.

“Of course. We’ll call you when we know.”

“Will you stay with Carmencita?” Maria asked, wiping at her eyes.

“If they let me. They usually only allow parents to stay with kids, but I will try and Victor said he knows people there, like his ex-wife. Surely, she’ll help out,” Violet said.

She stood and waved smiling through the fear, but as soon as the van was out of sight, she bolted for the house and Victor’s room.

It was insane, Victor thinking that she could wear something from his closet, but in truth, he was so big and she so small that one of his shirts could easily be a dress on her. No, not very fashionable, but looking great was the furthest thing on her mind at the moment.

So you can imagine the surprise on her face when she opened his closet door and found not one but three sundresses hanging on the hook attached to the door. She might have thought they were left behind by an ex-girlfriend if they didn't all still have the price tags attached…and hefty price tags they were.

“Does that man not know what a Walmart is?” she mumbled as she slipped into one of them and found it fit rather nicely. She still wondered what would possess a man to buy them in the first place.

“Had he planned on tossing me in the pool?” Violet muttered angrily.

“Not likely. He’s just a step ahead of most people,” Heidi said. "He did get swimwear for all the kids, didn't he?"

“What are you gonna tell him?” Richard asked, unable to keep annoyance out of his tone. “That’s the second time he’s asked you to marry him.”

Violet ignored that question. Her mind was too preoccupied with the baby, who might very well need an operation, if it was what she and Victor both suspected.

She hung her damp clothes on a hanger as she realized Victor had left in his wet swim suit. She swiftly rummaged through his closet and pulled out slacks and a polo shirt. Then, thinking to do it properly, opened up a few drawers looking for underwear and socks.

She felt like a thief and more so when she found a velvet covered jeweler’s box barely hidden under his boxer briefs. Her heart gave a jolt. She knew she shouldn’t, but her fingers didn’t seem to be listening to her conscience. She picked it up and opened it. She gasped as rubies and diamonds on a delicate gold chain glinted up at her.
She felt a keen disappointment, which she swiftly chided herself for having. She closed the box and replaced it where she found it.

“Not an engagement ring,” she mumbled. “That’s a good thing.”

So, how come the disappointment didn’t dissipate?
Posted by Glorygarden@msn.com at Monday, February 27, 2012

Email ThisBlogThis!Share to TwitterShare to FacebookShare to Pinterest
Labels: Saved by the baby