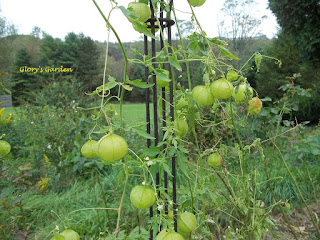 Victor couldn’t take it anymore. He had to hear Violet’s voice. He grabbed his cell, then paused with his thumb on the speed dial. He expected his inner voice to stop him again as it had been doing for weeks now. But it didn’t come this time, at least not with the usual admonishment.

“Go ahead, cowboy,” Richard whispered. “It’s time you talked to her.”

Elated, Victor grinned, but first looked at the time. Only nine. She wouldn’t be asleep for another hour at least. That left plenty of time for them to talk.

He tried her cell first, but after only a few rings it went straight to voice-mail, so then he tried the land-line. That one rang five times before she picked up.

Violet awoke with a start, her heart racing.  Was that the talking pineapple or her cell phone? She shook her sleepy head.

"No such thing as talking pineapples," she told herself.

Must have been the cell, then, but it went quiet now. What in the world was wrong with her? Falling asleep so early and while watching one of the only shows on TV she actually liked?  She never did that.

Well, it’s not like she had had a great deal of sleep lately. Those dreams—so vivid and so real-- were getting more bizarre by the night, making her fearful of going to bed at all. And now the home phone was ringing! She tossed aside the crocheted blanket she had across her bare legs and ran to answer the phone.
“Hello?” she said sounding breathless and still groggy.

Victor closed his eyes and sighed with relief. That voice, that heavenly voice, was like a balm to his soul.

“Hello?” she said again. “Anybody there?”

“Hello, Violet. I hope I’m not catching you at a bad time.”

“Victor! My goodness…uh…no. How are you?” she said, thoroughly flustered.

“Me? Same old, same old…exhausted, hungry and homesick,” he replied.

“Oh, sorry to hear that,” she said, nervously biting her bottom lip. Why did she suddenly feel like a girl back in high school talking to the boy she wished wouldn’t ask her to the prom?

“Oh, but you know the answer to that, dear,” Heidi said. “You’re thinking of Victor’s ill-timed…shall we say… suggestion. But don’t let it bother you. Just pretend it didn’t happen.”

“I’m the one that’s sorry,” Victor said. “I should have called before this, but things have been…rather crazy.”

“I can imagine,” she said. “I’ve been reading about the trial in the paper.”

“That only reports half of what’s going on, but I don’t want to dwell any more on that than I have to.  How are you, Violet? It's been so long since we've talked."

"Are you sure you’re all right? You sound a bit tired…were you sleeping just now?”

“I fell asleep while watching TV... just wasn’t that interesting, I guess.”

“Perhaps the full moon has been keeping you up lately.”

“Gees, Victor, how do you do that?” she said, incredulous. “You always know!”

He laughed. “Just a guess. So, you haven’t been sleeping well? Why?”

“I’ve been having the oddest dreams…nightmares really,” Violet said.

“Well, that’s not good. What are they about?”

“They’re too bizarre to tell you. You’ll laugh at me,” she said, a plaintive note in her voice.

“You’re already laughing and I didn’t even tell you anything!”

He stifled another laugh. “Sorry. I’ll try not to, okay? Tell me, what happened in your dream? Once you talk them out, you’ll stop having them. Is it the same dream all the time?”

“No, that’s the weird part. It’s like a continuing series featuring some dangerous woman from the bayou.”

“No, Jocelyn’s not dangerous!”

“Not so sure about that," Victor said. "I thought she might bite my head off when I had to postpone the party.”

“Silly man! She was fine with it…just don’t back out of it for Labor day or I’ll have to call you headless Vick.”

He laughed again. “I’ll remember that. So, tell me about this Bayou babe. Is she hot?”

Now Violet giggled. “Actually, you would love her, most men would.”

“She’s a tough talking, buxom beauty with long dark hair and a fake set of boobs that she’s not shy about showing off.”

“She reminds me of that tough gal from the TV show… In plain sight…what was her name? Gosh, I forgot, but whatever it is… the woman in my dream, Daisy Bellacruz or something, is exactly like her only tougher and I think she’s on the opposite side of the law or at least is now.”

“Wait, are you sure that’s not Lacey Delacroix?”

“And how in the world did you know that?” Violet shrieked. “Can you see my dreams, too?”

“Of course not,” Victor said. “I read a story online about a…well, exactly as you described her. Maybe you read it, too, and that’s why you’re dreaming about it.”

“I wouldn’t ever read about someone like that! She…she’s horrible! She was smoking in my house which she broke into with ease.  She said my locks were a joke. She ate the cheesecake I made for you and used my good china as an ashtray!”

“Whoa! She ate my cheesecake? You’re right, she is horrible!” Victor said and he laughed again.

“Violet, you’re killing me. How can I not laugh when everything you’re saying is making me want to?”

“Fine!  Go ahead and laugh while I can’t sleep for all these nasty nightmares,” she whined.

“Violet, I’m sure you won’t have them as soon as you tell me the whole thing. What happens with this Bayou babe, Lacey?”

“Lacey said she was sent to kill me. She never did say who sent her, but she had a gun and everything! It was so real I kept looking over my shoulder for a whole week after I had the first dream.”

“Violet, that’s totally outlandish. Who would want you dead? The mob?”

“Well, there were a few women plotting my demise when I was running the PTA,” Violet said.

“Violet, you cannot be serious.”

“Ask Freddy. He’s the one that told me about it.”

“That’s bull and you know it!”

“It’s true! They wanted me dead because their husbands were always staring at me,” she said.

“You mean other than dearly JohnYearly?” Victor retorted, shaking with laughter.

“Funny you should mention him. He was in the dream, too.”

“Oh, yeah? Can’t wait to hear about that,” he said grimly. “Do you always dream about dearly John Yearly?”

“Don’t be ridiculous! Lacey decided not to kill me and instead to kill him  which I was probably okay with…in the dream I mean…and she used me and a pineapple to do it.”

“I'm sorry, did you say a pineapple?” Victor said, incredulous. “Oh, yeah, this is getting weird.”

“You don’t know the half of it! She was plotting to kill a few other people in town too, imaginary people I’m guessing, cuz I don’t know who they are or if they exist. And the things she made me do!”

“It’s too embarrassing,” she said.

“She…she told me to wear something sexy when I brought the pineapple to John.”

“So…at the risk of sounding like a masher...what were you wearing?” he asked albeit casually even as images of a lot of leg and some nice cleavage popped into his thoughts.

“Uh… she didn’t like my skirt, not short enough apparently, so…” Violet paused to take a deep breath to get it all out in one gush. “So, she slashed more than half of it right off using a knife the size of a machete and then she found some totally see-through top and she made me take off my bra and put it on.”

Complete silence followed this. “Victor? Are you still there?”

He cleared his throat and tried to get that vision out of his head and failing miserably decided to enjoy it instead. “I’m listening,” he said, a smile tugging the corners of his mouth.

“Oh…well, then she took me to John’s house with the pineapple, but it wasn’t any regular pineapple, you know.”

“No, she told me it had a prerecorded message in it that would make him leave town or something.  According to Lacey, John had a rap sheet a mile long!"

“What? What did you tell him?”

“That I changed my mind and I was going to give him the time of his life later that night,” Violet said, as her cheeks flamed red.

“And…and did you?” Victor asked, horrified.

“Gosh no! Didn’t get the chance, I mean…it was just a trick to get him to take the pineapple.”

“And why was this pineapple so important?”

“It was made of Marzipan.”

“Excuse me? Are you talking about that sugary sweet stuff from Europe?” he said grimacing.

"Marzipan pineapples? What in the world does that mean? This is too bizarre," he muttered to himself.

"Do you want to hear the rest of the dream or not?” Violet snapped. She liked it better when he was laughing!

“Oh, yeah! You better since you’ve gone this far.”

“Okay, so I give John the pineapple, but I don't think he even noticed it..."

"No normal man would. Continue."

"And I went back to the car and just as we were about to turn out of his driveway and onto the street Lacey stops the car and says, “You’ll wanna see this, sugar.”  That’s what she called me in that Bayou accent of hers, Sugar. Anyway, I turn around to see what she’s talking about and John’s whole house goes boom!”

“No, silly! It was the pineapple,” she said.

“She didn’t tell me there was a bomb in it, but yes.  She made me kill him with the fake pineapple.  He was blown to bits!”

A couple of seconds of silence followed and then Victor laughed uproariously. “Oh, Violet, I have missed you. You’re the only one who can make me laugh this much.”

To her surprise, Violet found she had missed him, too, and she rather liked hearing him laugh.
Posted by Glorygarden@msn.com at Monday, February 06, 2012